Germany's politicians are debating how to reconcile open borders with containing COVID-19, as Europe's vacation season continues amid a spike in new cases. Officials say new border closures are not yet an option. 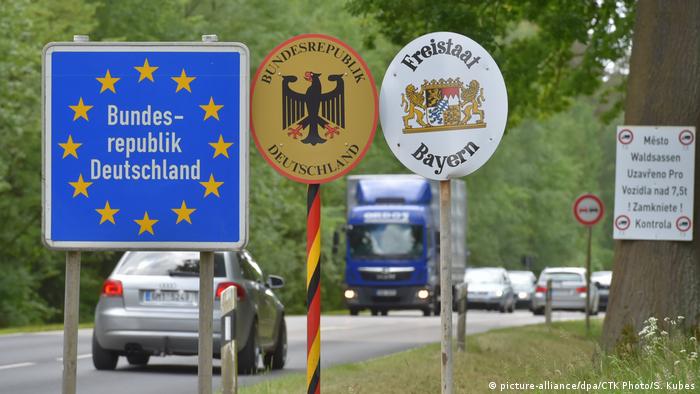 As concern grows over returning vacationers carrying COVID-19 into Germany, politicians and public health authorities are discussing a range of options including widespread testing at airports and travel warnings for high-risk areas.

However, closing the EU's internal borders for tourist travel is not currently being considered as an option, several officials have said.

Senior Christian Democrat (CDU) politician Ralph Brinkhaus told DW on Tuesday that freedom of movement within the EU's border control-free Schengen Zone was in the "DNA" of the EU.

Brinkhaus added that reintroducing border controls was not being discussed at the moment and that closing cross-border travel in the EU would depend on determining a "concrete threat."

"You just have to wait and see how the situation will develop into autumn," he said.

Read more: Coronavirus: How Germany's economy would cope with a second wave

No border controls for testing

On Tuesday, German Interior Minister Horst Seehofer said he was against new border controls with Germany's neighbors to carry out COVID-19 testing.

"Those who supported border controls, were the same who would oppose them only days later," said Seehofer, pointing out the massive disruption in transport of goods and cross-border commuting.

However, Seehofer said that not testing at the border doesn't change Germany's overall strategy for carrying out more COVID-19 testing, and that the German government was debating the legal grounds for ordering mandatory testing for returnees from high-risk areas.

"The question is how we carry it out," he told a press conference.

Both Seehofer and Brinkhaus said they supported a proposal by Germany's Health Ministry for mandatory COVID-19 testing for people returning from high-risk areas.

Voluntary test centers are already available at German airports in cities like Frankfurt and Cologne.

German CDU parliamentary leader Brinkhaus said that anyone traveling to a high-risk area needs to exercise "extreme caution" and it was important for returning travelers to take the initiative to get tested, especially if they develop COVID-19 symptoms.

"It is also a question of individual responsibility and not just the law," he said, adding that it was the job of politicians and the media to make it clear to everyone that the danger of COVID-19 has not passed.

Read more: COVID-19 tracing apps proving to be a tricky business around the world

"If there is an outbreak, it must be combated locally immediately, and that is also the philosophy that we have in Germany."

"If we do things wrong, then we will head into a second wave that will also have economic consequences. That's why we need to remain cautious," he said.

Travel 'comes at a price'

Andrew Ullmann, a member of the German parliament with the Free Democrats (FDP), told DW that officials need to send a stronger message about the importance of physical distancing and hygiene regulations, warning that COVID-19 hotspots could "easily develop into a tsunami."

"My impression going through Germany, and we have summer vacation here right now, is that there are a lot of people who like to forget and like to celebrate again," he said.

Ullmann said that although outbreaks in Germany mostly result from people dropping their guard at parties and gatherings, and not from travel outside the country, it was important to make sure that COVID-19 is not "imported" to Germany.

"We are a free society and free travel comes at a price and that price is responsibility for yourself and your society."

Germany has updated its travel advice for some of Spain's most popular tourist spots after a spike in coronavirus cases. Authorities are concerned Germans returning from holidays could cause a surge in new cases.

The coronavirus vaccine candidate was approved for a global trial of 30,000 participants, according to the CEO of Biontech, Ugur Sahin. Biotechnology firms across the globe are racing to find a vaccine or vaccines.