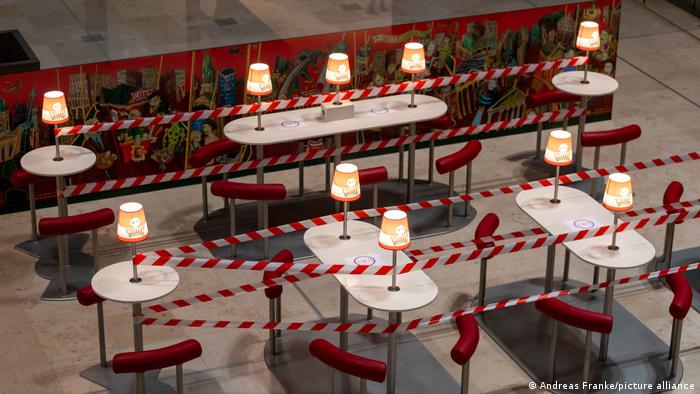 Germany's head of chancellery, Helge Braun, on Monday called for changes to the way the government compensates coronavirus-hit businesses from next year, saying the current support scheme was not sustainable.

It's offering to reimburse firms with up to 50 workers, and the self-employed, for up to 75% of turnover lost in November and December due to the restrictions. But Braun told the Handelsblatt newspaper the state was "not capable of acting indefinitely."

"Revenue cannot be the central criterium in the long term," he said, calling the current compensation "an ad-hoc measure."

"By January, we have to work out more targeted aid," that will be tied to businesses' fixed costs, he added.

Economy Minister Peter Altmaier also raised doubts, telling Deutschlandfunk radio that it was not possible to "offer very comprehensive packages such as the compensation payments for an unlimited amount of time."

The German government has made an unprecedented amount of state aid available to support the economy, but Braun said the pandemic would still "leave a considerable mark."

"The state can help ensure that a large proportion of companies survive the crisis, but it won't be without consequences."

He said there was still scope for more economic relief measures next summer, and voiced hope that reduced infection rates and a vaccination program could improve the outlook before then.

German MP Karl Lauterbach: 'You must compare the damage which would have occurred to what we prevented'

In a sign of how the pandemic has impacted the economy, the number of businesses in Germany using the state-funded furlough scheme rose in November for the first time in months, according to a study released on Monday.

Kurzarbeit short-time work, as it is called, involves the state covering the majority of wages to prevent workers from being laid off.

The Munich-based Ifo institute found that 28% of companies had signed employees up for the program in November – compared to 24.8% in October. The numbers were based on responses from a survey of around 7,000 companies from different sectors.

The Ifo reported that short-time work rose across almost all major economic sectors, with the tourism and hospitality industries particularly affected. The number of hotels using the furlough scheme jumped from 62.9% to 91%, while in hospitality, the figure rose from 53.4% to 71.7%.

Also on Monday, Chancellor Angela Merkel criticized a decision by some state premiers to let hotels reopen over Christmas to allow family visits.

The chancellor told a conference of her party's leadership that she saw this as particularly risky in big cities and regions with high numbers of coronavirus infections, according to sources cited by Reuters and Germany's dpa news agency. The government has urged people to instead hold small gatherings at home and avoid unnecessary travel over the holiday period.

Under Germany's federal structure, regional premiers have the final say on the rules in their states.

German Chancellor Angela Merkel called getting vaccinated against COVID-19 both a right and a duty for the good of society. The rapid spread of the coronavirus meant action needed to be taken immediately.