A Spanish court has rejected the partial lockdown in the Madrid region which the central government had imposed to combat the rising infection rate there. Here is all the latest from DW. 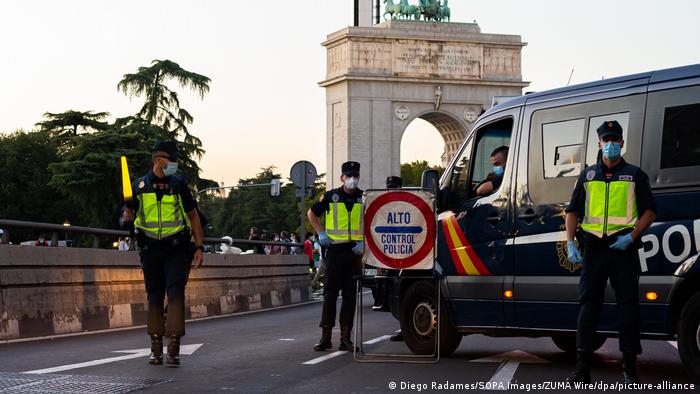 Madrid's highest regional court on Thursday overturned an order from the central government to impose partial lockdowns throughout the Madrid region, calling the restrictions a contravention of the "rights and fundamental freedoms" of the 4.5 million people who live there.

The Spanish government reimposed restrictions in the region after the city and its neighboring urban centers became hot spots for the novel coronavirus, following the easing of earlier restrictions.

The regional government had initially imposed neighborhood specific lockdowns at the behest of the central government, but then implemented a region-wide lockdown on Friday. The restrictions limited activities outside of the home to going to work, school or medical emergencies.

In a new video, US President Donald Trump has hailed the experimental drug treatment that he received after testing positive for the virus, adding that he wants all Americans to receive the same treatment.

The effectiveness or safety of the experimental antibody cocktail made by Regeneron is yet to be proved but the president said he wants to make the drug free. Notably, there is no scientific evidence that proves that the drug had any effect on Trump.

Read more: What is the experimental drug that Trump is being treated with?

Brazil has crossed five million coronavirus cases on Wednesday. It is the third-largest COVID-19 outbreak in the world, behind the United States and India.

With over 30,000 new infections reported by the country’s health ministry on Wednesday, Brazil’s total number of cases has reached 5,000,694. The country is also inching closer to 150,000 virus-related deaths.

"Soon we will reach 150,0000 deaths, a frightening number," Federal University of Rio de Janeiro epidemiologist Roberto Medronho told Reuters. "We are seeing the authorities easing social distancing more and more despite the number of cases."

Germany has recorded 4,058 coronavirus cases in a 24-hour period, the Robert Koch Institute announced on Thursday.

The jump marks an increase of more than 1,200 compared to the previous day, according to the country's infectious disease agency.

It's the highest daily coronavirus infection total for Germany since the height of the pandemic in late March and early April when there were over 6,000 new daily infections.

Speaking on Thursday, Chancellor Angela Merkel made it clear that Germany does not want a repeat of the total lockdown on public life that Germany went through in the spring.

Germany also added Georgia, Jordan, Romania and Tunisia to the list of coronavirus risk areas on Wednesday, requiring those returning from these countries to remain under quarantine until a negative coronavirus test.

According to the latest assessment by the Robert Koch Institute for infectious diseases, some regions of the Netherlands, Bulgaria, Croatia, Lithuania, Slovakia, Slovenia and Hungary have also been added.

France recorded 18,746 confirmed infections on Wednesday, breaking the record for the highest daily cases. The last such peak was recorded the previous weekend.

"The virus has been circulating faster for several weeks," French President Emmanuel Macron said during a televised interview. "We must move towards additional restrictions." 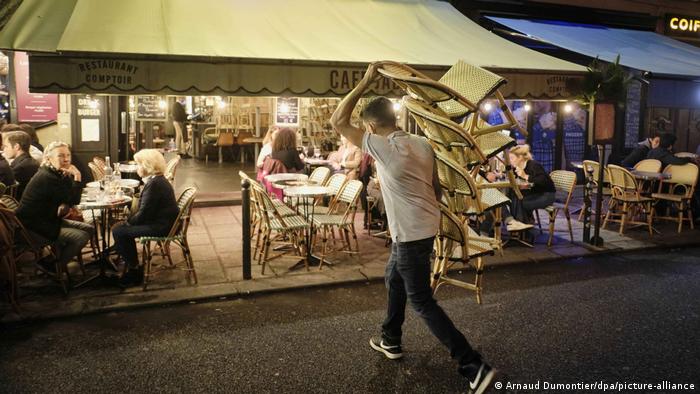 France is ready to enforce stricter restrictions to fight the coronavirus.

Earlier this year, France was one of the countries worst hit by the pandemic in Europe. Numerous precautions are still being taken, including the closure of bars and restaurants and mandatory wearing of masks outdoors in many cities.

Italy has issued an order that makes it compulsory for people to wear masks outdoors. This comes after a steady increase in confirmed infections, which has resulted in the country’s highest daily tally since April.

Italy’s Health Minister Roberto Speranza has also announced restrictions on travelers from the United Kingdom, Belgium, the Netherlands and the Czech Republic. Everyone traveling from these countries has to get a mandatory COVID-19 test under the new regulations.

Donald Trump is back at the White House, but his doctors have cautioned that he is "not entirely out of the woods." The president had been in the hospital since Friday after being diagnosed with COVID-19.

Experimental drug remdesivir has been endorsed by the European Medicines Agency (EMA) for treatment of COVID-19, paving the way for its use in the EU. Studies say the drug shortens recovery time.

Berliners are debating the pros and cons of the latest anti-coronavirus measures. With much of the city labelled as "hotspots" due to alarming infection rates the government is clamping down.

Germany has seen the highest number of new daily coronavirus cases since April as Berlin introduces an effective curfew. Meanwhile, Brussels has closed cafes and bars. All the latest from DW here.