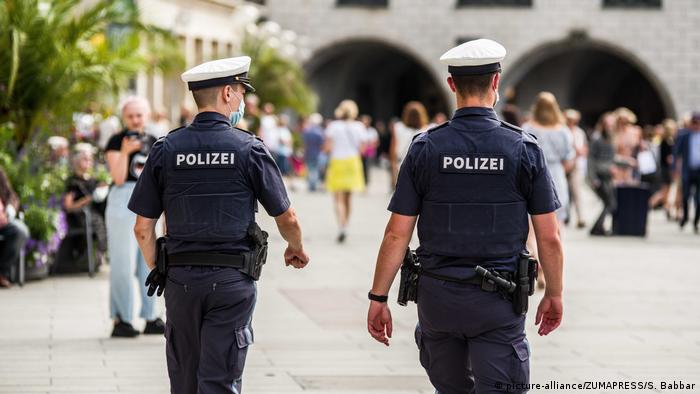 The German chancellor's chief of staff has said the country will have to cap the number of people at social gatherings and also clamp down on unnecessary travel to curb the spread of the second wave of coronavirus in the country.

"We must be a bit stricter in places where infection chains spread mostly, which is parties and, unfortunately, also travel," Helge Braun told public broadcaster ARD.

Germany has seen a steady rise in the number of infections across the country, and several cities have already breached a key limit for coronavirus infections.

Chancellor Angela Merkel and mayors of Germany's 11 largest cities have agreed that strict measures will kick in if the rate of infection goes above 50 per 100,000 residents over a period of seven days.

While the number of cases and deaths in Germany is lower than in many neighboring countries, the country has been reporting more than 4,000 daily cases since Thursday, the highest since April.

Liverpool will be the only city under the top category, meaning pubs and restaurants will have to close. Northern England has been hit particularly hard by the recent surge in infections.

"This is a critical juncture and it is absolutely vital that everyone follows the clear guidance we have set out to help contain the virus," the PM's office said.

One of the government's top medical adviser has said that Britain is at a "tipping point," warning that the rising number of infections could soon translate into increased deaths.

Professor Jonathan Van-Tam, England's deputy chief medical officer, has said Britain is at a "tipping point similar to where we were in March," after a sudden increase in cases.

"But we can prevent history (from) repeating itself if we all act now," he said. "Now we know where it is and how to tackle it."

Four French cities, Lyon, Grenoble, Saint-Etienne, and Lille have been placed on maximum alert as the country struggles to control the spread of the second wave of infections.

France reported close to 26,900 new infections on Saturday, a record high. The numbers dropped to 16,100 the following day.

Nearly 59,400 nurses in France responded to a survey on the impact of the pandemic on their working conditions. More than half of them, or 57%, said they were approaching burnout and have been professionally exhausted since the start of the pandemic. Nearly half of them said there's a strong risk that fatigue will impact the quality of care patients receive.

All bars, clubs, and restaurants in the Czech Republic  will close starting on Wednesday amid an infections spike. The government also said it would limit public gatherings to up to six people and ban alcohol consumption in public spaces. Passengers waiting for public transport would also be required to wear masks.

The measures are to stay in place until November 3, said Prime Minister Andrej Babis. He added that schools would be closed until at least November 2, but only partially, because they would still be open for children of doctors, nurses, and rescue workers.

The central European country of 10.7 million is facing a record-breaking coronavirus surge, reporting 493 new infections per 100,000 people in the last two weeks — more than any other country in Europe.

Slovakia made wearing masks in public places mandatory from Thursday, along with other measures to deal with the rising coronavirus cases.

Restaurants will only be allowed to offer takeaway food. Other establishments such as gyms, swimming pools, and saunas will be completely closed.

Government officials are debating whether to introduce a ban on gatherings of more than six people.

US President Donald Trump declared himself to be immune to COVID-19 on the eve of his campaign rally in Florida, which reported the state's highest single-day increase in coronavirus infections since late August.

"It looks like I'm immune for, I don't know, maybe a long time and maybe a short time. It could be a lifetime, nobody really knows, but I'm immune," Trump told Fox News.

Trump's claim comes a day after his doctors gave him the go-ahead to return to the campaign trail, saying he was no longer at risk of transmitting the virus.

"So now you have a president who doesn't have to hide in a basement like his opponent," Trump said, in a veiled attack on his rival Joe Biden.

Twitter flagged a tweet by the president in which he claimed he was immune, saying it violated rules about misleading and potentially harmful misinformation about COVID-19.

Anthony Fauci, the top US infectious diseases expert, said that an ad aired by the Trump reelection campaign featuring a clip where he seemed to endorse the president's handling of the coronavirus crisis, was used without his permission and edited out of context.

The ad showed Fauci as saying: "I can't imagine that anybody could be doing more," implying that it was in reference to Trump.

"In my nearly five decades of public service, I have never publicly endorsed any political candidate," he said in a statement on Sunday.

"The comments attributed to me without my permission in the GOP campaign ad were taken out of context from a broad statement I made months ago about the efforts of federal public health officials," Fauci said.

Iran reported its highest single-day death toll from the coronavirus, with 251 deaths. Its total fatalities now stand at 28,544, making it the worst-hit country in the region.

The Islamic republic has reported more than half a million cases since the start of the pandemic.

Israel opened a new coronavirus treatment facility co-run by the army's medical corps, a first-of-its-kind move for the military unit, aimed to support the country's overburdened healthcare system. The new facility, set up in a converted parking garage at a hospital in northern Israel, will utilize some 100 military doctors, nurses, and other medical personnel working alongside hospital staff.

"The purpose of the operation is to support the hospitals in the north and efforts to treat COVID-19 patients," said Dr. Noam Fink, the deputy chief medical officer of the military.

Australian Prime Minister Scott Morrison said his government was looking to establish travel bubbles in the Asia-Pacific region, including Japan, South Korea, and Singapore. "We have had good discussions with them, but I think that is a bit further off," he told the Seven Network.

The government has warned the travel to the US and Europe may not resume until 2022.

"You only need to look at what's happening in Europe at the moment where they're going through a horrific further wave of COVID-19, and of course we've got to be extremely careful about that," Morrison said.

As COVID-19 cases rise, workers in India fear a return to tougher coronavirus measures will push up unemployment