Public health experts have said Iranians must prepare for mounting COVID-19 infections and deaths in the coming months. The warning comes amid media reports of preferential access to drugs and treatment for lawmakers. 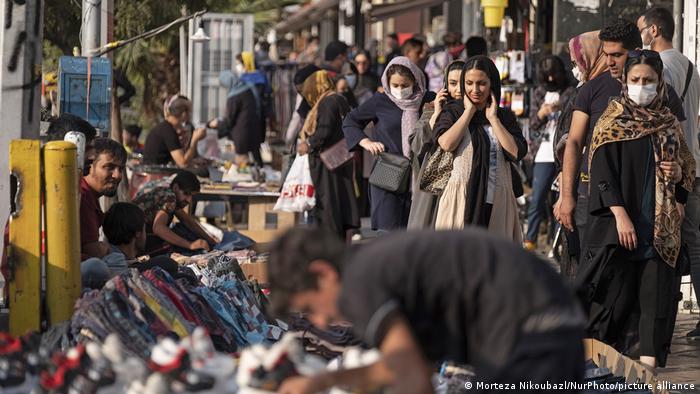 Speaking at a cabinet meeting last week, Deputy Health Minister Iraj Harirchi warned that Iran "must prepare for a third coronavirus wave." According to official Iranian sources, a daily average of some 3,500 infections and 200 deaths have been recorded over the past 10 days. Most Iranians, however, believe these official figures underestimate the true extent of the pandemic in the country.

In early August, epidemiologist Mohammad Reza Mahboobfar told business newspaper Jahane Sanat that he believes Iran's real coronavirus infection rate and death toll is 20 times than what authorities claim. Mahboobfar should know — he has worked on the government's anti-coronavirus campaign. On August 9, he told the paper that the government had provided "engineered statistics'' to keep citizens calm. He spoke of serious disagreement between the anti-COVID campaign and government, and said it was time for Iranians to learn the truth.

One day after the interview was published, authorities shut down the newspaper. The Health Ministry, which has launched legal action against the publication, has also denied that Mahboobfar ever served on the government coronavirus panel.

Now, nearly two months later, experts are sounding the alarm, warning that the health care sector is teetering on the brink of collapse. "This is not so much about a second or third wave — we are facing an ongoing pandemic and have a tough struggle ahead of us," the head of Iran's University of Medical Sciences, Abbas Ali Karimi, told students earlier this week.

"Many Iranian hospitals are at maximum capacity," Hadi Yazdani, a doctor in the central city of Isfahan, confirmed to DW. "I know that many patients are turned back and sent home; they do not show up in official statistics."

Since June, Iranian media have been reporting cases of desperate people taking out loans to pay for family members to receive treatment at private hospitals. In response, lawmaker Mohsen Fathi, who sits on the public health committee, urged the government in early August to increase its financial support for poor households. 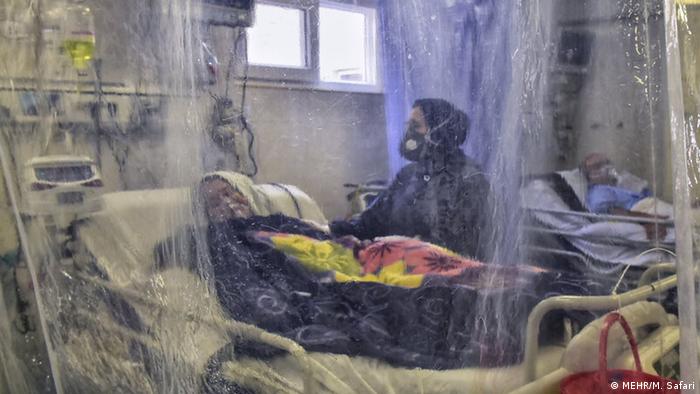 Faced with overwhelmed public hospitals, some Iranians have been forced to pay for private treatment

Preferential treatment for the elite?

Iran's poor population has been hit especially hard by the pandemic, as many medical expenses are not covered by public health insurance. This means patients must pay for antiviral drugs like remdesivir and favipiravir — a Chinese-made generic version of anti-flu drug Avigan — out of their own pocket, creating ideal conditions for a thriving black market.

Yazdani said even though reports about the drugs' effectiveness emerged in the early days of the pandemic, Iran's expert panel has removed them from its list of approved medicines. "I think it's because these drugs can neither be imported in large quantities, nor can they be produced in Iran," he said. "But I know that some hospitals are still using favipiravir ؅— but only for certain patients."

Read more: Is Iran using the coronavirus crisis to bolster its nuclear program?

These "certain patients" that are said to be treated with favipiravir include politicians and other influential figures, former Iranian lawmaker Mahmoud Sadeghi explained in an interview with Iranian Labour News Agency earlier this week.

"Some 20,000 favipiravir pills, gifted to Iran from China, were secretly imported to the country to treat high-ranking officials," he claimed — despite the fact that Mostafa Ghanei, who heads Iran's coronavirus expert panel, claimed in early July that the drug actually exacerbates COVID-19. 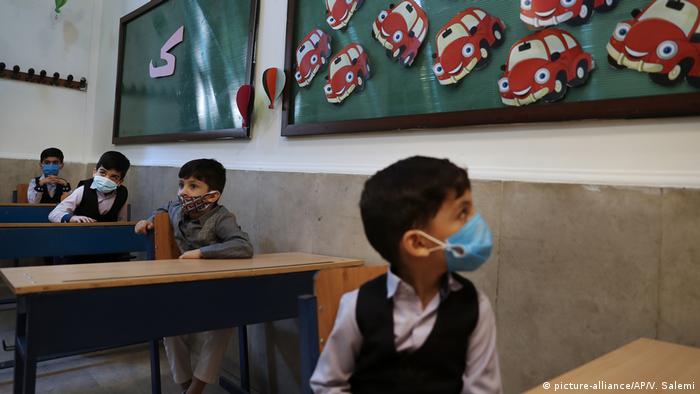 Yet many countries around the world still use the Japanese drug Avigan, the brand-name version of favipiravir, to treat severe cases of COVID-19. The drug, which has strong side effects, has not yet been approved for use in Germany.

It's not just medication. Lawmakers have also been given special access to flu vaccinations, according to Abbas Aghazadeh, a high-ranking official with the Medical Council of Iran, who wrote an open letter to Vice President Eshaq Jahangiri. Media reports have highlighted the fact that 1,500 doses have been earmarked for the 290 parliamentarians — vaccines which are needed elsewhere.

Ukraine: Biden, Zelenskyy talk de-escalation with no end to tension in sight