Africa has the lowest vaccination rate of all continents. African countries have received few doses so far. But, even when doses are available, some countries struggle to get people vaccinated. 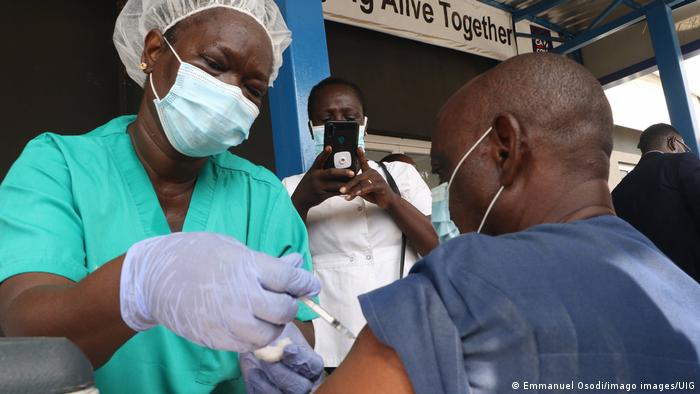 A medical worker administers a dose of the AstraZeneca vaccine

Where are we right now when it comes to vaccinations against the coronavirus?

While the global average of people who have at least received the first dose of the vaccine stands at about 11%, the average in Africa is still below 2%. And only about 0.6% of people in Africa have received both doses to be fully vaccinated. That's according to figures from the research and data collection organization Our World in Data.

Some countries, including Tanzania and Chad, haven't even started vaccination campaigns. Others, such as Burkina Faso and Madagascar, have only just recently begun.

But anyone who hoped things would at least get better now can expect to be disappointed. The World Health Organization (WHO) and the World Bank recently warned that coronavirus vaccinations in Africa could come to a halt.

Richard Mihigo, head of the WHO immunization and vaccine development program in Africa, told DW that, of the 66 million doses under the COVAX plan that should have been available to African countries by the end of May, only 19 million vaccines had been delivered.

In total, close to 49 million doses have so far been sent to 51 African countries. Among them are the AstraZeneca vaccine, which is largely distributed in Africa, Johnson & Johnson, BioNTech-Pfizer and Sinovac. Many of these vaccines have reached individual countries via donations or bilateral contracts. 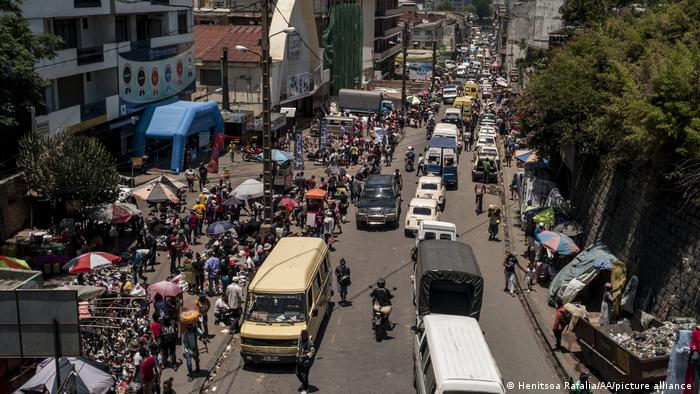 Distancing was not adhered to, significantly contributing to the spike in COVID-19 cases

But many African countries are financially unable to negotiate their own contracts with vaccine manufacturers. And there are ripple effects if few or no vaccines are delivered under the COVAX initiative. According to DW research, Uganda, for example, has only received 864,000 doses via COVAX (and most of them have already been used up). That is not even enough to immunize 2% of Ugandans for the first time.

Ten other countries have already used up all vaccines they got from the COVAX initiative, according to the WHO: Botswana, Ivory Coast, Swaziland, Libya, Lesotho, Morocco, Namibia, Rwanda, Togo and Tunisia.

What are the problems?

After the first doses had reached African countries as part of the COVAX program at the beginning of the year, deliveries came to a standstill in March.

By the end of June, the initiative will be short about 190 million doses, according to the WHO.

The shortage of vaccines is primarily because of India's decision to suspend vaccine exports after the massive outbreak in the country. The world's largest manufacturer, the Serum Institute, produces vaccines for British-Swedish pharmaceutical company AstraZeneca — and was previously Africa's most important source of vaccines.

But vaccine shortages do not seem to be the only reason for the low vaccination rates. Mihigo said the vaccination drive was exemplary in countries such as Egypt, Ghana, Rwanda, and Nigeria.

"Fifteen countries used less than half [of delivered doses], and Benin, Cameroon, the Central African Republic, the Democratic Republic of the Congo, Guinea, South Sudan and the Comoros used only 10% of their vaccine doses" Mihigo said. 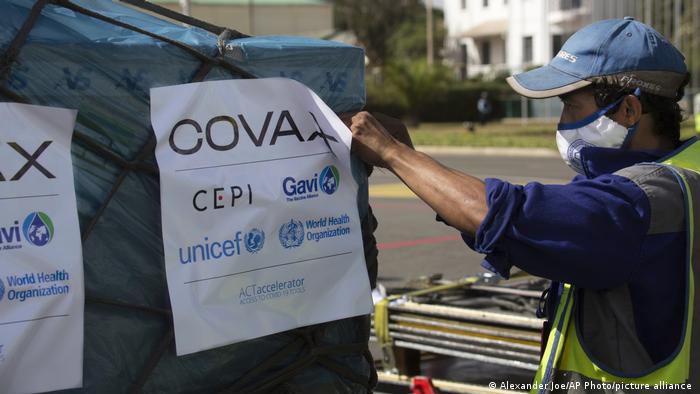 Some countries seem to be saving doses for the second jab, although the WHO strongly recommends giving as many people as possible a first dose.

"While we call for vaccine equity, Africa must also knuckle down and make the best of what we have. We must get all the doses we have into people's arms," WHO Regional Director for Africa Matshidiso Moeti said.

Other factors that cause delays are inadequate infrastructure for the vaccination campaigns, including insufficiently trained staff and widespread vaccination skepticism. In addition, crises and conflicts such as in Ethiopia, Mali or the Democratic Republic of the Congo make the situation even more difficult.

For instance, at the end of April, DRC was forced to pass on a good 1.3 million doses of unused AstraZeneca doses to other countries, because the country was not able to administer the vaccine before the expiry date. This was what happened shortly after in Malawi, where around 17,000 doses had to be destroyed. According to authorities, this was mainly due to the uncertainty among the population regarding possible health risks from the AstraZeneca vaccine.

How can the situation be improved?

Apart from distribution problems and vaccination skepticism in the countries themselves, the COVAX initiative should also be strengthened. Last week, the WHO again called on the global community to share vaccines with Africa to meet the continent's acute needs.

On Wednesday, a virtual COVAX donor conference raised €1.9 billion ($2.3 billion) in additional funds — more than was initially hoped for and enough to buy 1.8 billion doses. That would result in vaccinating almost 30 percent of people in poorer countries by the beginning of 2022.

Additionally, several industrialized countries — which have bought up large quantities of the vaccines in production through separate contracts with manufacturers — jointly donated a further 54 million doses that have already been purchased.

This week German Health Minister Jens Spahn called for solidarity in distributing COVID-19 vaccines at a meeting with his G7 colleagues in the UK. "We are not safe until everyone in the world is safe," Spahn said.

Of course, Britain should be proud "of what has been developed here in Oxford," Spahn said, referring to a COVID-19 vaccine developed by researchers at Oxford University with the pharmaceutical company AstraZeneca. However, the important issue was to make the vaccines developed under international cooperation available to the world, he added. Britain, which currently holds the G7 group presidency, and the US have so far exported almost no jabs.

The United Statesw recently announced that it would support the temporary lifting of patent protection for corona vaccines — a positive surprise for many African countries that have been calling for this for some time. If manufacturers suspend patents, this could mean more vaccines overall and more on-site production in Africa. So far, hardly any corona vaccines have been produced on the continent; 99% have to be imported.

Germany also wants to promote production in African countries. However on a recent visit to South Africa, which has been hit hard by the virus, Spahn told DW that the only way to get there was through cooperation rather than patents.

This article was adapted from German by Isaac Mugabi.

Many countries are reporting fewer new coronavirus infections. But global data indicate that the COVID-19 pandemic is not quite over yet. DW sums up the current situation in three charts.

How to convince people in DRC that COVID is a threat?