Poland wants to wean itself off coal. The construction of two nuclear power plants on the Baltic coast is to start next year. For local resident Taoteusz Pastusiak, the fight against nuclear power is highly personal. 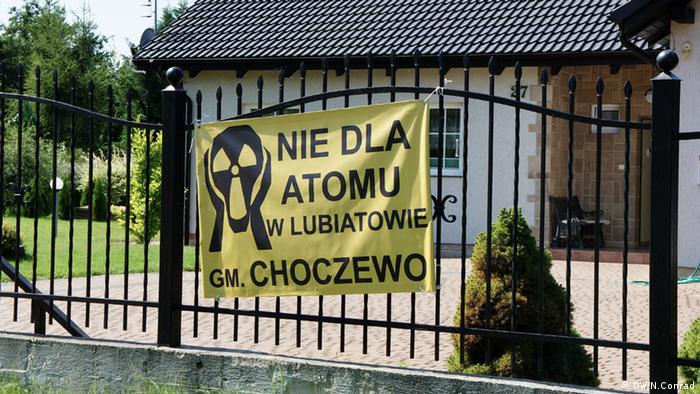 The day it started raining yellow poison in Eastern Europe, Taoteusz Pastusiak was pottering around his small property. He noticed the yellow soil on the earth, but didn't make much of it. It was 1986 and he was completely unaware that, more than a thousand kilometers away, an explosion had just ripped through the nuclear reactor in Chernobyl, releasing huge quantities of radioactive material into the sky. It would take another five days until he found out. "But it was too late," he said in an interview with DW.

By that time, the contaminated rain that had drifted from Chernobyl in Ukraine to Gdansk in Northern Poland had already seeped into Pastusiak's bloodstream. Those five days, he said, poisoned his blood and decimated his white blood cells, leaving him vulnerable infections and viruses. In winter, he ventures out with trepidation. Even a normal cold can drag on for months. One time, Pastusiak's doctor told him that he was giving him the last medicine, the strongest available in Poland. 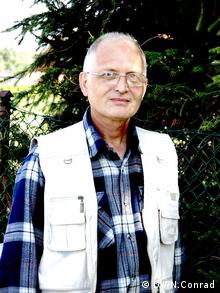 Pastusiak wants to stop construction of the nuclear plant

Pastusiak moved on with his life and learned to cope. About 15 years ago, the former naval officer settled down in Kapolina, a quiet coastal town in Northern Poland. Pastusiak, who is in his fifties, built a house and started a small tourist business. But this wasn't the end of his nuclear nightmare. Last November, the small community was informed that the Polish government had chosen a nature reserve bordering Kapolina as one of three possible sites for its first nuclear reactor. Preliminary drilling is to start within the next couple of months.

Poland is heavily dependent on coal, which provides more than 90 percent of its energy. The country had begun work on its own nuclear power plant in the 80s, but the Chernobyl accident led to the termination of that project. But as Poland attempts to wean itself off coal, which emits considerable amounts of greenhouse gas, Warsaw revived its nuclear ambitions. By 2030, two nuclear reactors are to produce 12 percent of Poland's energy. 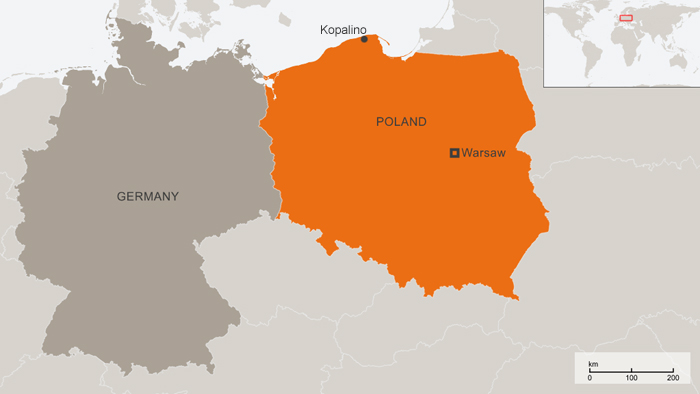 All three sites are on the Baltic Sea, which provide plenty of water to keep the reactors cool

Pastusiak's house is within walking distance of the Baltic Sea. Cars are lined up along the road leading to the protected area, which is popular with tourists and famous for its shifting sand dunes. A couple carrying a picnic basket head toward the sea.

If the government goes head with its plans, the forest here will be cut down to make room for the facility, Pastusiak explained. The sandy ground around him is covered with pinecones, the Baltic Sea beckons from behind the dunes. Perfect cooling water for the reactor. "It's a nature reserve," Pastusiak said with anger. "Which European government would destroy a protected area?"

Pastusiak points to a compact, modern bungalow, inconspicuous, but for the yellow sign fastened to its gate: a deformed skull, its screaming mouth and eyes merging into the international symbol of nuclear power. It reads 'Nie dla Atomu', which means 'no to nuclear power'.

The poster was designed in Pastusiak's living room. His walls are plastered with marine memorabilia including a huge, white whale bone he bought in the Antarctic, fishing rods and oil paintings of stormy seas. Here Pastusiak and a small group of activists meet every week. They send emails, plan village meetings and discuss their growing fears. 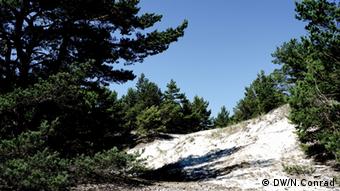 "All the government ever says is, 'don't worry, everything will be ok!'" said one smartly-dressed engineer. He has spent ten years working at a German university and is in charge of liaising with German activists, who provide this group with documents. He is unwilling to give his name because his partner doesn't approve of his involvement.

He told DW that there are some people in this region who hope the nuclear plant will bring much-needed employment to the area. But most are afraid that the power plant might make their land worthless and scare away the tourists. Many people don't have planning permission for their houses and are afraid they wouldn't be entitled to compensation.

The Polish embassy in Germany is a creaking villa in the leafy suburbs of Berlin. Arkadiusz Roman sets down his gold-rimmed cup carefully. He can understand the peoples' fear, he explained. "To be honest, I think I'd be concerned about a nuclear power plant in my backyard," especially after what happened in Fukushima, he added.

His job is to explain why the Polish government, which abandoned its first commercial nuclear reactor after the accident in Chernobyl, has decided to go nuclear. He told DW that this project would create jobs for locals and reduce Poland's greenhouse gas emissions. 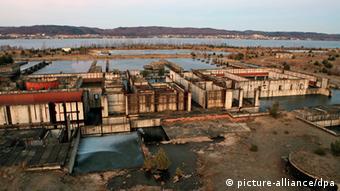 Poland's first nuclear plant was abandoned after the Chernobyl accident

Roman has been working overtime since the nuclear accident in Fukushima in Japan. He admits that he is looking forward to moving on to a new posting next year. "That's when we will name the investor and location", he said. His successor is likely to work even longer hours. Last year alone, some 30,000 letters from concerned Germans flooded the embassy's letter box. Roman forwarded them on to Warsaw.

No tsunamis in the Baltic

Following the nuclear disaster in Fukushima last year, the German government decided to phase out nuclear energy. Meanwhile, Roman has working to explain that there will be no Baltic Fukushima. He told DW that it was wrong to demonize nuclear power plants. "A tsunami caused the accident in Fukushima, but there are no tsunamis in the Baltic. And, as far as I know, the Russians were conducting some kind of experiments in Chernobyl."

He stressed that several European countries have been running nuclear power plants for years without any accidents. "Each country has the right to determine its own energy mix - and that's exactly what we're doing."

Roman also pointed out that Poland's energy mix will contain renewables. In fact, up to a quarter of Poland's energy production in 2030 will be drawn from renewable sources. But Katarzyna Guzek, from Greenpeace in Warsaw, told DW this just isn't enough. She believes it's possible for Poland to be energy independent and create new jobs in the renewable sector. She wants to see the country choose this path, instead of investing in what she called "the risky business" of nuclear energy. "There are too many unkowns," she said.

These unknowns keep Pastusiak awake at night. The fear that his house and the small tourism business might soon be worthless. He is worried that he might not have enough money to pay for the education of his daughter who has just started primary school. Above all, he's terrified that it might, once again, rain yellow poison.

The effects of the nuclear disaster in Fukushima have now become visible in butterflies. Researchers worry the effects may start to be felt among human beings. (16.08.2012)

Listen to the report from Kopalino, Poland