US Democrats have confirmed a new cyberattack on their networks, with hackers targeting a data analytics service used by the Clinton team. The attack comes after two data breaches earlier in the week. 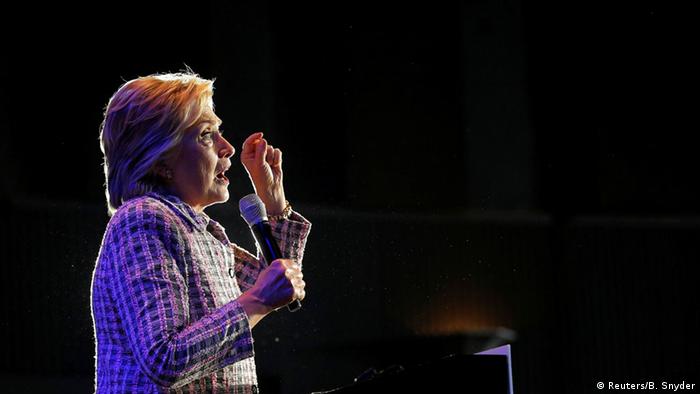 The service was hacked as part of a recent attack on Democratic Party institutions, a campaign spokesman said Friday.

The hackers had access to the program for five days, though there was no evidence that any computer systems were compromised.

Democratic presidential nominee Hillary Clinton hasn’t held a press conference in over 200 days. Why does she keep the news media at an arm’s length? Romina Spina looks for answers. (28.07.2016)

WikiLeaks has released files of what it claims are voicemails hacked from the Democratic National Committee. Included are demands for former presidential candidate Bernie Sanders and his supporters to be sidelined. (28.07.2016)

Campaign officials said they were only one of the users of the DNC's voter analysis system, adding that the program did not include data such as Social Security numbers or credit card information.

"Our campaign computer system has been under review by outside cybersecurity experts," said campaign spokesman Nick Merrill. "To date, they have found no evidence that our internal systems have been compromised."

The hack of the Democratic National Committee (DNC) caused an embarrassment for the party when WikiLeaks published thousands of leaked emails during last week's national convention. Documents showed that some party officials favored presidential nominee Hillary Clinton and sought to undermine her rival Bernie Sanders in the primary race, sparking anger among Sanders supporters and forcing the resignation of DNC Chairwoman Debbie Wasserman Schultz last Sunday.

On Friday, another Democrats' body announced they had also been hacked in a separate attack. This time, the hackers have targeted the Democratic Congressional Campaign Committee, which raises money and provides assistance for House candidates.

Allegations Moscow is behind the hack

The FBI is investigating the recent cyberattack amid allegations, so far unproven, that Moscow is trying to influence the outcome of the US election and help Republican nominee Donald Trump.

On Friday, the FBI said it was "aware of media reporting on cyber intrusions involving multiple political entities, and is working to determine the accuracy, nature and scope of these matters."

"The FBI takes seriously any allegations of intrusions, and we will continue to hold accountable those who pose a threat in cyberspace," it said in a statement.

Cybersecurity experts and some US officials have backed the assertion that Russian hackers are behind the attack. The Kremlin, however, has rejected the claims, calling them absurd.

WikiLeaks founder Julian Assange has repeatedly warned that more information on Clinton would be released, claiming that some of the data was enough to the presidential candidate in prison.

"We have more material related to the Hillary Clinton campaign," he told CNN on Friday. "Those are extremely interesting. We will see what will come of them in due course."