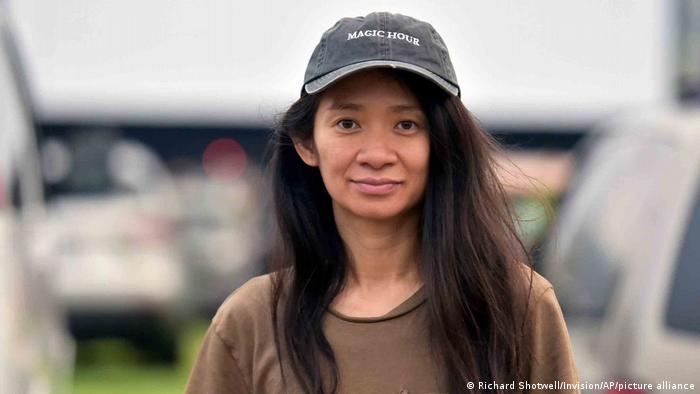 The Chinese-born director, whose film Nomadland is the frontrunner for the 93rd Academy Awards this Sunday, had a very circuitous route to the top of the movie world.

Like Fern, the van-living nomad played by Frances McDormand in her new movie, Zhao's life has been marked by a wanderlust that has taken her from her birthplace in Beijing — via London, New York, and the Badlands of Wyoming — to Los Angeles, where she's now one of the most in-demand directors in show business.

Not that Zhao stays in L.A.. She prefers Ojai, a town in the Topatopa Mountains northwest of the city. Every magazine profile on her seems compelled to mention Zhao lives there with "two dogs and three chickens." Some also mention the other resident: her partner, Nomadland cinematographer, Joshua James Richards.

But ahead of the Oscars this weekend, there can be no doubt that whatever route she took to get here, Zhao has arrived.

She has won more than 50 awards for Nomadland so far, picking up four more at the Spirit Awards on Thursday, and is the bookmakers' pick to take home Oscars both for best picture and best director: a feat that would make history, with Zhao the first Asian women to win either category. 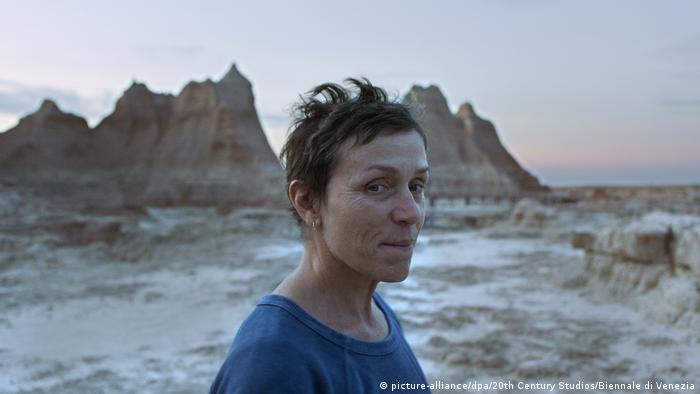 Next film a Marvel superhero movie

For her encore, Zhao is going big, with the $200 million (€166 million) Marvel superhero movie The Eternals, which she started just after wrapping a four-month, guerilla-style shoot for Nomadland.

Featuring a cast of stars, including Angelina Jolie, Gemma Chan and Kumail Nanjiani, and, according to reports, the first LGBTQ character in the Marvel Cinema Universe, The Eternals is set to hit theaters worldwide this November.

Watching Nomadland, a poignant portrait of the new American underclass— older, itinerant workers who live out of their campers, traveling across the country chasing seasonal jobs to survive — one wonders what Zhao's take on the superhero movie will look like. Personally, I'd pay good money to see a MCU version of Frances McDormand's Fern character — all spandex and cape, weather-worn face framed against the hills, staring off in the middle distance — but I imagine the studio will want a movie with more punch.

What seems certain is that Zhao will surprise us with a new perspective on an over-worn American film genre.

It's what she's always done. Her 2015 debut, Songs My Brothers Taught Me and the 2017 follow-up, The Rider — both of which follow the stories of Lakota Sioux teens living on South Dakota's Pine Ridge Indian Reservation — shone fresh light on the Western.

In Nomadland, Zhao reinvents the visual language of the American road trip movie in a way that feels fresh and original while still remaining true to Hollywood's cinematic mythology.

Zhao's approach as a director combines an insider's obsession with details with the fresh eyes and endless curiosity of an outsider. 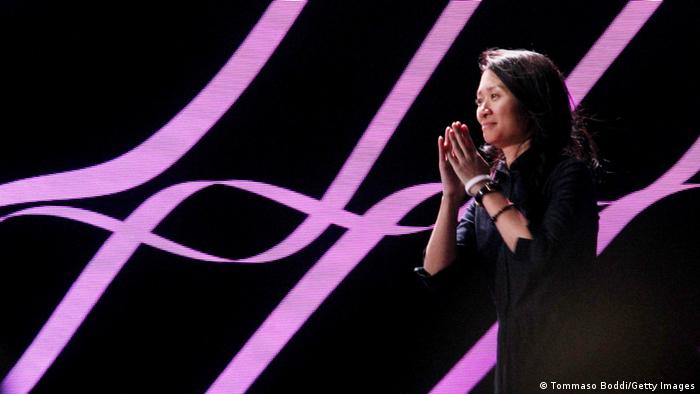 To make her first three films, Zhao embedded herself in the communities she was depicting. Before Nomadland, which features two-time Oscar winner McDormand and veteran actor David Strathairn as a fellow traveler, the director only cast non-professionals in her movies. She would find real people who captured her interest and shape her stories around them.

Zhao spotted John Reddy, the star of Songs My Brothers Taught Me in a Pine Ridge school yearbook and cast him as a teenager who dreams of getting off the reservation. When Brady Jandreau, a Lakota cowboy Zhao had met during the making of Songs, was nearly fatally injured after a devastating fall, she cast him in The Rider, retelling his story as that of an injured rodeo star who struggles to find a sense of purpose after being told he can't ride anymore.

"She's basically like a journalist," McDormand explained to The Rolling Stone about Zhao's process. "She gets to know your story, and she creates a character from that."

Intimacy, for Zhao, does not breed mawkishness. Her films depict people living on the margins, but without a dose of misplaced pity or romanticism. As McDormand put it, Zhao "draws a razor-sharp line between sentiment and sentimentality."

That sharp line distinguishes Zhao's portraits of the American West from that of Euro-romantics like Wim Wenders or Michelangelo Antonioni, who fell in love with the grand landscapes but didn't spend time looking took closely at the real people living in the foreground. And while Zhao likes to work with real people —and her films overflow with empathy for every character on screen— her movies are rigorous, not fly-on-the-wall. Visually, they are grandly lyrical and often stunningly beautiful. Many critics have compared Zhao use of magic-hour light to supreme stylist Terrence Malick.

A 2018 portrait in Vogue quotes one of Zhao's film professors at New York University, who said admiringly that her ex-student "has a very warm heart but an extremely cold eye."

Near the end of Nomadland, Zhao, an avowed movie geek, frames McDormand's Fern in a manner directly inspired by a famous shot of John Wayne in the 1956 classic The Searchers. It's an audacious and incredibly effective image that places this 60-something woman — who works minimum-wage, part-time jobs at Amazon packing centers and desert campgrounds — side-by-side as peer to the most famous cowboy in movie history.

By combining deep humanity and cold precision, Chloé Zhao is shining new light on the oldest stories in American cinema.

Despite Black actors like Andra Day and the late Chadwick Boseman winning awards for their performances, lack of diversity was a key theme at the awards.