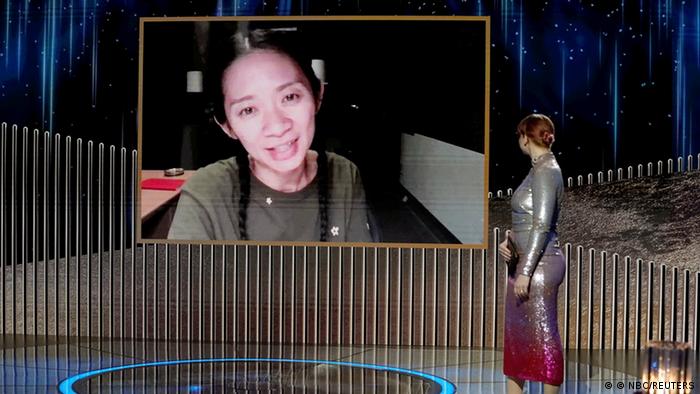 Chloe Zhao, like most of the winners, joined the ceremony remotely to accept her award

"Nomadland" and Sacha Baron Cohen's "Borat Subsequent Moviefilm" were among the winners at the Golden Globe Awards on Sunday.

She made history by being only the second woman to do so in the history of Hollywood's traditional awards season opener.

"Thank you everyone who made it possible to do what I love," Zhao said at the ceremony that was held virtually owing to the coronavirus pandemic.

Her semi-fictional film stars Oscar winner Frances McDormand alongside a rag-tag bunch of non-actors who truly live on the open road, working mostly menial jobs to scrape by off the grid.

Britain’s Sacha Baron Cohen, who shot to fame in the late 1990s for his Ali G character, picked up two awards. 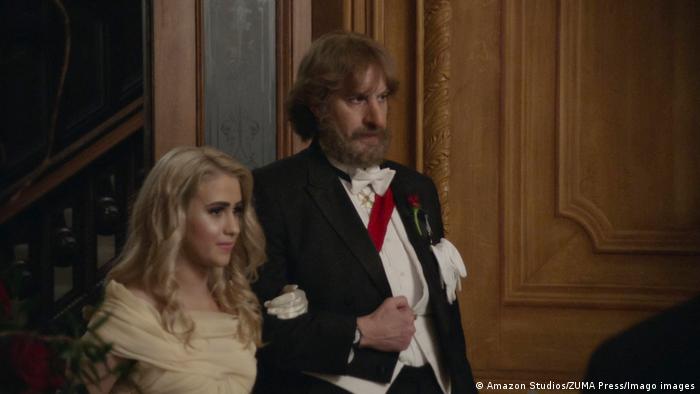 The sequelto his 2006 movie Borat won best musical or comedy film, while he won the gong for best comedy actor.

"Thank you to the all-white Hollywood Foreign Press Association," the 49-year-old comedian said in his video acceptance speech.

Baron Cohen took aim at the 87-member group of international journalists that doles out Golden Globes each year, which has faced criticism for its lack of diversity.

"Wait, Donald Trump is contesting the result. He's claiming that a lot of dead people voted, which is a very rude thing to say about the HFPA," he joked.

Elsewhere, Chadwick Boseman was posthumously named best actor in a drama film for his performance in Ma Rainey's "Black Bottom". 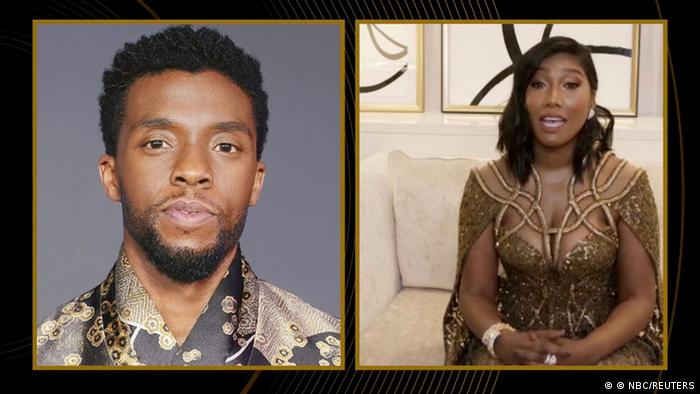 His wife, Taylor Simone Ledward, accepted the award on his behalf, after the Black Panther star's death last summer from colon cancer.

"The United States Vs. Billie Holiday" star Andra Day was named best actress in a drama film for her portrayal of the jazz singer.

Daniel Kaluuya won best supporting actor for his performance in "Judas and the Black Messiah".

The star plays US activist Fred Hampton in the film, the chairman of the Black Panther Party who was assassinated in 1969 at the age of 21. 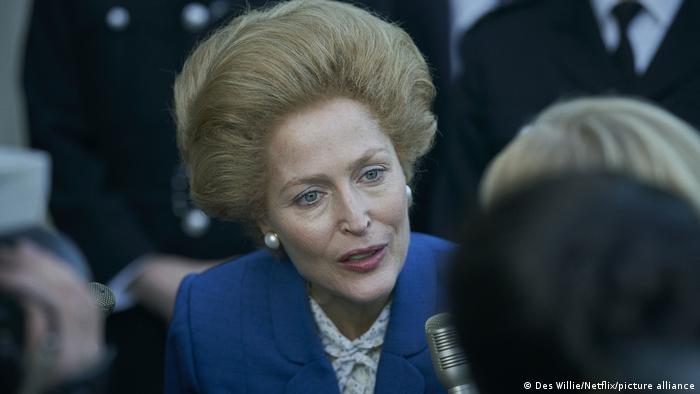 The Crown, a Netflix production was the big winner in the television categories, winning four prizes in total, including best drama series.

Josh O'Connor and Emma Corrin both won acting prizes for their performances as Prince Charles and Princess Diana respectively.

Gillian Anderson was named best supporting actress in the series for her portrayal of former prime minister Margaret Thatcher.

The US streaming giant scored further wins for "The Queen's Gambit", picking up the awards for best limited series and best actress with Anya Taylor-Joy.

The ceremony, which recognizes excellence in film and television, was held without the glitz and glamour of previous years because of the coronavirus pandemic. 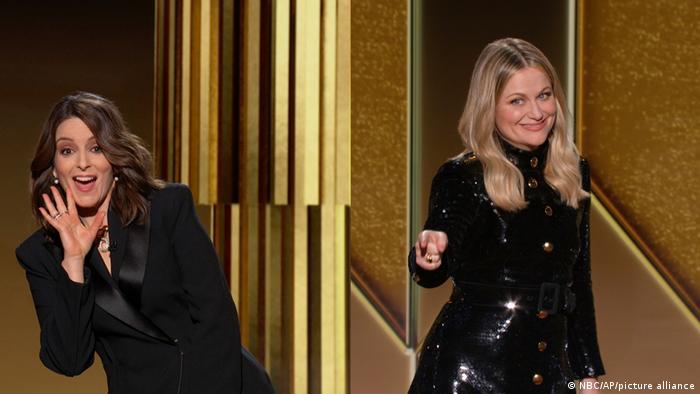 Nominees dialed in from home over videolink to the event hosted by comedians Tina Fey and Amy Poehler.

But this year's live audience included frontline healthcare workers and first responders to the COVID-19 pandemic.

The Golden Globes are the first major event of the awards season. They are seen as a good indicator of which films will go on to Oscar glory.