The influential Communist Party member vanished weeks after calling President Xi Jinping a "clown" over his handling of the COVID-19 outbreak. Beijing has stepped up censorship in the wake of the health crisis. 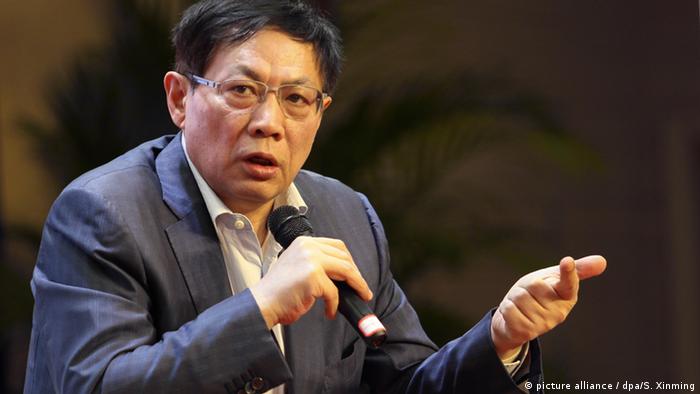 An influential former Chinese property tycoon and outspoken critic of President Xi Jinping's handling of the coronavirus epidemic has gone missing, according to friends.

Ren Zhiqiang, a member of China's ruling Communist Party and a former top executive of the state-controlled property developer Huayuan Real Estate Group, has not been contactable since March 12, three of Ren's friends told Reuters.

The 69-year-old had written an essay taking aim at Xi's February 23 speech. In the essay, Ren criticized Beijing's efforts to combat COVID-19 which he shared with a few people. Copies were later widely circulated online.

The Hong Kong-based South China Morning Post (SCMP) said it had independently confirmed that the article was written by Ren.

"Many of our friends are looking for him," Ren's close friend and businesswoman Wang Ying said in a statement to Reuters, who said she was "extremely anxious" over his disappearance.

"Ren Zhiqiang is a public figure and his disappearance is widely known. The institutions responsible for this need to give a reasonable and legal explanation for this as soon as possible," Wang said.

In the essay, Ren cited a "crisis of governance" within China's Communist Party and blamed restrictions on freedom of speech and the press for slowing down the response to combat the novel coronavirus, thereby worsening the outbreak.

COVID-19, which emerged in China's Hubei province in December, has infected more than 80,000 people in the country, killing 3,199.

In his essay, which does not mention Xi by name, Ren wrote that after analyzing the President's speech he "saw not an emperor standing there exhibiting his 'new clothes,' but a clown stripped naked who insisted on continuing being emperor," according to China Digital Times, a US-based website.

Nicknamed "Cannon Ren" and "Ren the Big Cannon" for his bold criticism on social media, the businessman also frequently spoke out against Beijing's efforts to control the property market.

In 2016, Ren publicly challenged Xi's view that China's state media should be aligned to the Communist Party.

According to the SCMP, after the president visited the headquarters of state broadcaster CCTV, Ren posted on the popular Chinese social media platform Weibo: "When does the people's government turn into the party's government? ... Don't waste taxpayers' money on things that do not provide them with services."

The message was then deleted and Ren's Weibo account blocked, SCMP reported.

Ren was put on probation from the Communist Party for a year as part of his punishment for publicly attacking government policy.

While Ren has been rarely seen in public since then, friend Wang said the ex-property mogul had attended charity events and met regularly with friends.

"A citizen can't just disappear, we need to know if he's been taken by any department and where … His family and friends should know," said Zhang Ming, a history professor at Renmin University in Beijing. He too had been unable to contact Ren.

Calls made by Reuters to Ren's mobile phone went unanswered. Beijing police and China's State Council Information Office did not immediately respond to Reuters' requests for comment on Sunday. The SCMP reported it had called Ren's phone but that it had been switched off.

Taiwan's number of COVID-19 infections is currently below 50, despite the island's proximity to the outbreak's epicenter on mainland China. Experts say early intervention has helped stop a public health crisis. (11.03.2020)

More than 20 people remain trapped a day after the collapse of a hotel in eastern China. The building was being used to quarantine those suspected of having coronavirus. (08.03.2020)