More than 20 people remain trapped a day after the collapse of a hotel in eastern China. The building was being used to quarantine those suspected of having coronavirus. 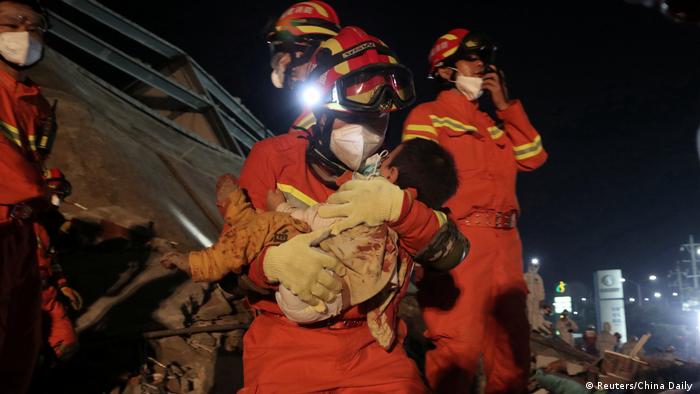 At least 10 people have died after a hotel collapsed in eastern Fujian province in China, authorities confirmed on Sunday.

Xinjia Hotel in Quanzhou had been used as a quarantine center for people suspected of having coronavirus.

The collapse happened at around 7:30 p.m local time (1130 UTC) on Saturday, authorities said.

A day after the collapse, Quanzhou authorities said that more than 48 of the estimated 70 people who had been in the hotel had been rescued. At least 20 more were still feared trapped.

A team of more than 1,000 people, including firefighters, police forces, and other emergency responders, were sent to the scene.

The reason for the collapse has not yet been made public. But the hotel was undergoing renovations of its first floor.

Separate footage appears to show the hotel collapsing in seconds, with the building's facade crumbling to the ground, exposing the structure's steel frame. 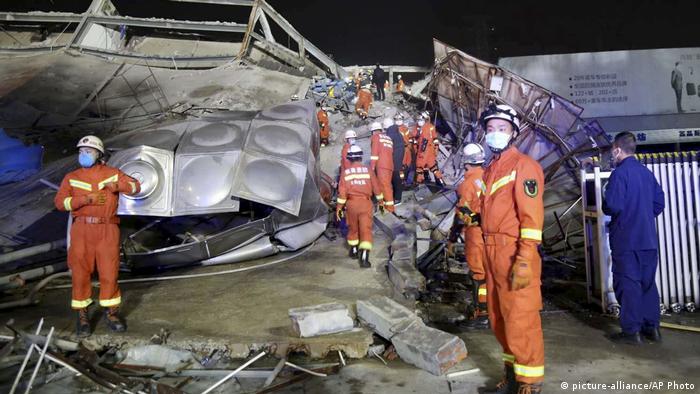 Rescue workers continued into the night

"I can't contact them, they're not answering their phones," a relative told Reuters news agency, hours after the cave-in.

"I'm under quarantine too [at another hotel] and I'm very worried, I don't know what to do. They were healthy, they took their temperatures every day, and the tests showed that everything was normal." 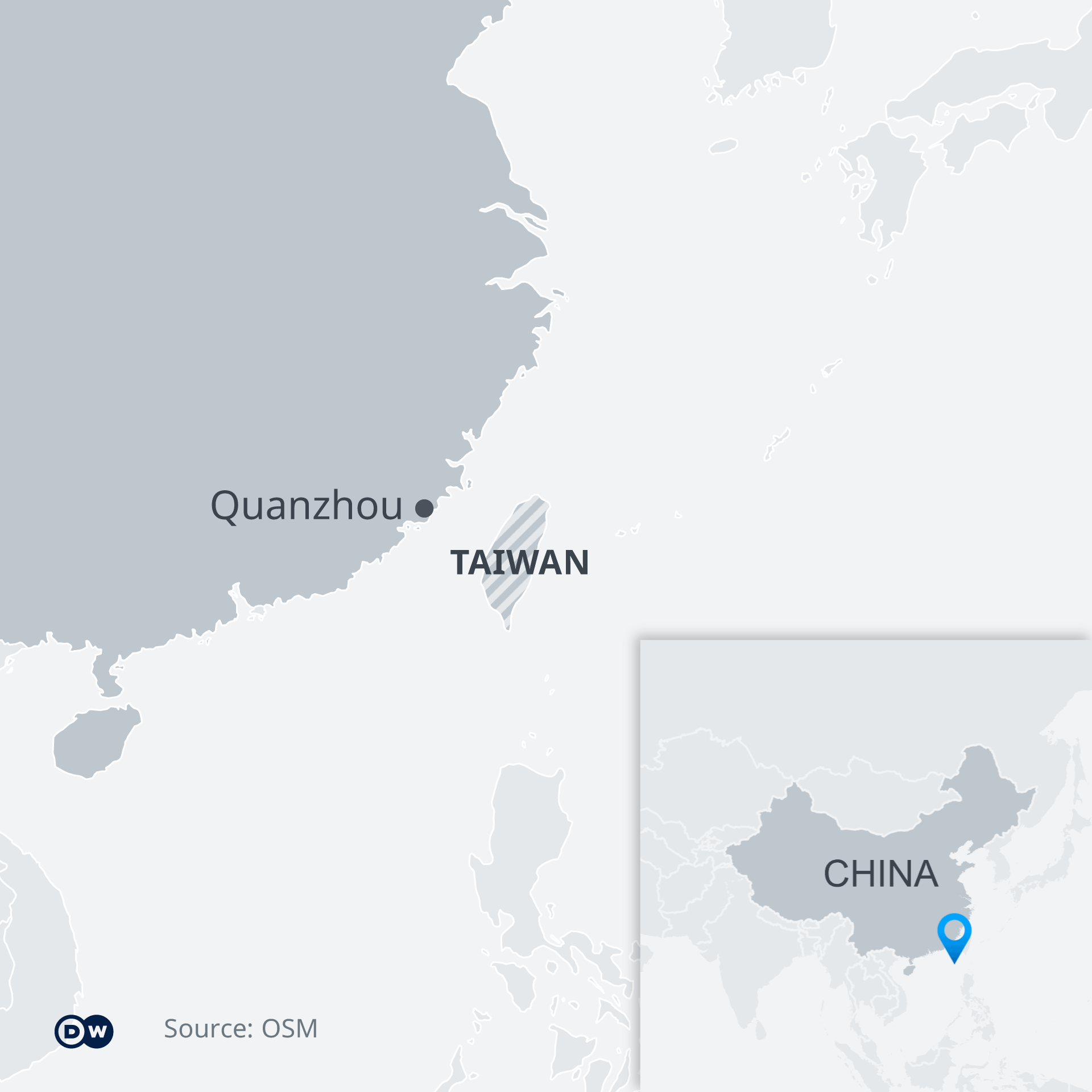 Quanzhou, a city of 8 million, lies in Fujian province on the mainland side of the Taiwan Strait. The 80-room hotel opened in June 2018 and had a 4.5-star rating on Trip.com.

The province of Fujian had 296 cases of coronavirus and 10,819 people had been placed under observation after being classified as suspected close contacts.

The city is around 1,000 kilometers (620 miles) from Wuhan in Hubei province, where the global COVID-19 outbreak began.