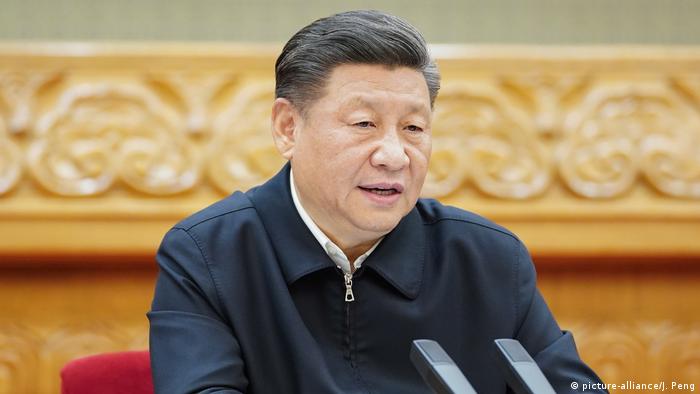 China decided on Monday to postpone its annual parliamentary gathering due to the coronavirus outbreak.

China, which is dealing with a public health crisis, decided it was "appropriate to postpone" the parliament, which was due to start on March 24, according to state broadcaster CCTV.

Top Chinese officials, including Chinese President Xi Jinping, normally attend the National People's Congress every year. However, many delegates are occupied with battling the virus in their home regions.

Ling Li, a lecturer on Chinese politics at the University of Vienna, ahead of the announcement said maintaining the conference next month would be "unreasonable," according to French news agency AFP.

In a bid to prevent further spread of the virus, a number of cities, mainly in Hubei province, have been put under lockdown . Tens of millions of people are affected by the lockdown with public transport and commercial flights temporarily suspended.

The epidemic has infected nearly 80,000 people and claimed more than 2,500 lives.

Role of the NPC

One of the biggest parliamentary bodies in the world, NPC members gather for around two weeks each year and vote on important pieces of legislation. Delegates oversee the enforcement of the constitution and can enact and amend basic law concerning matters including criminal offences. The NPC also elect and appoint members to the central state organs.

Critics say the NPC acts as a de-facto rubber stamping body and used to portray the government as answerable to the people's representatives but that deliberations are in fact pre-determined.

The NPC had its first gathering in 1954 in Beijing, where officials passed the new constitution of the People's Republic of China, five years after its founding.

mvb/stb (Reuters, AFP)Each evening at 1830 UTC, DW's editors send out a selection of the day's hard news and quality feature journalism. You can sign up to receive it directly here.

Brussels has ruled out closing borders between EU countries as Italy grapples with the rising number of coronavirus infections. The country now has 200 cases, the largest of any nation outside of Asia. (24.02.2020)

Trains are once again allowed to travel via the Brenner Pass, a key train route between Austria and Italy. Meanwhile China has reported 150 more deaths in the last 24 hours, and 409 new infections. (23.02.2020)