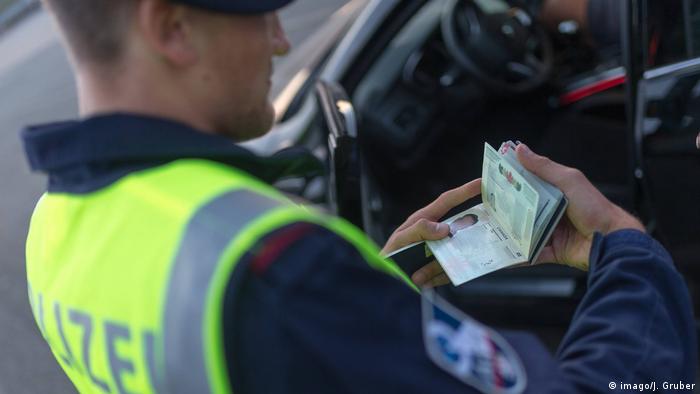 The European Commission on Monday said it was not yet considering border closures in the bloc's Schengen zone in response to the growing coronavirus outbreak in Italy.

Asked by reporters about whether Brussels was mulling the measure, EU Health and Food Safety Commissioner Stella Kyriakides noted that the World Health Organization had not advised imposing travel restrictions in Europe.

Kyriakides said any curbs should be "proportionate and coordinated" among EU states.

Border controls between more than 20 European countries were first abolished in the late 1990s, but some checks were reintroduced during the 2015 European migrant crisis.

Kyriakides' remarks come as the Italian government struggles to contain the worst outbreak of COVID-19 outside of Asia.

The EU's stance echoes France, which borders Italy, in which it has said there was no need to shut its borders over the spread of virus in Italy.

However, bus passengers who arrived on Monday in the southeastern French city of Lyon, from Milan, were kept onboard for health checks after the driver was hospitalized with symptoms similar to those of the new coronavirus, security sources said.

More than 200 people have come down with the coronavirus in Italy over the past four days. On Monday, the country confirmed its six death due to the virus. State broadcaster RAI said latest victim was a cancer patient in the northern town of Brescia.

The death toll later on Monday rose to seven

The others who have died of the illness were also elderly and at least three of them had serious underlying health problems.

Over the weekend, Italian authorities put several towns in the wealthy northern regions of Lombardy and Veneto in lockdown and effective quarantine.

Schools, universities, museums and cinemas were shut and all public events, including four Serie A soccer matches, were postponed.

The worst-hit region Lombardy — southeast of Italy's financial capital Milan — announced 53 new cases of coronavirus overnight into Monday, bringing the total there to 165 in just four days. "The number is still rising, but we are sure that the measures taken will prevent it spreading further," Lombardy's president Attilo Fontana said.

Some 22 people had the virus in Veneto, while a handful of infections were also recorded in the adjacent regions of Piedmont and Emilia Romagna.

On Sunday, Venice canceled the last three days of its Carnival festival, an event that draws hundreds of thousands of visitors to the lagoon city.

In reaction to the outbreak in Italy, Austria briefly halted incoming trains via the Brenner Pass on Sunday after two possible cases were discovered on board a train heading from Italy to southern Germany.

The two passengers, while feverish, have since tested negative for COVID-19, Austria's interior ministry said.

The extent of the outbreak in Italy prompted a flight to safety by European investors on Monday. By mid-morning, London's FTSE was down 2.9%, Frankfurt's DAX was 3.29% lower and Paris' CAC index was down 3.2%. Milan's stock market fell by 4.1%.

China, meanwhile, announced a spike in both cases and deaths on Monday after the outbreak recently showed signs of slowing.

Beijing said there 409 new cases of COVID-19, taking the mainland's total to 77,150. A further 150 people died from the virus since the previous day's update. All but one death were in Hubei province, where the outbreak first took hold in December.

The provincial capital of Wuhan, labeled ground zero of the outbreak, said on Monday it would lift some travel restrictions so that people in good health could leave for urgent reasons. But the decision was quickly revoked.

However, Beijing did postpone the annual National People's Congress, which was due to start on March 5. The highest organ of state power draws thousands of delegates from all over China to the capital.

The country's leaders also announced "complete" bans on the trade and consumption of wild animals.

Italy has reported a sharp rise in cases of coronavirus over the weekend. That has sent markets into frenzy, as the continent grapples with the prospect of a pandemic reaching its shores. (24.02.2020)

Pakistani students are demanding their government evacuate them from China's coronavirus epicenter of Wuhan. They accuse Islamabad of betraying them to keep up good ties with Beijing. DW spoke to some of the students. (20.02.2020)