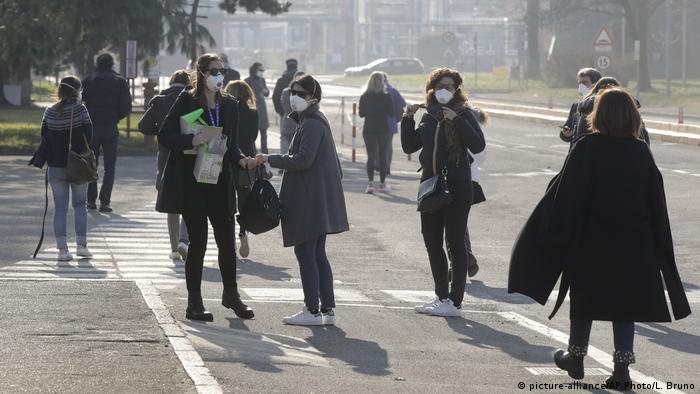 The Italian government on Saturday said it was considering "extraordinary measures" to fight the coronavirus following the deaths of two citizens.

The outbreak has also caused Italian authorities to place several towns on lockdown amid a large increase in the number of cases, as well as the two deaths reported on Friday and Saturday.

The governor of Lombardy region Attilio Fontana said on Sunday that his area now has 89 confirmed cases, bringing the country's overall total to more than 100.

The death of a 75-year-old woman on Saturday near the small town of Codogno in Lombardy came just a day after a 78-year-old man succumbed to the virus in the neighboring region of Veneto, marking the first deaths in Italy.

Prime Minister Giuseppe Conte expressed his sympathies for the two who passed away and said he had called an emergency meeting, as more than 50,000 people from about a dozen towns in two northern regions were asked to stay at home by authorities. 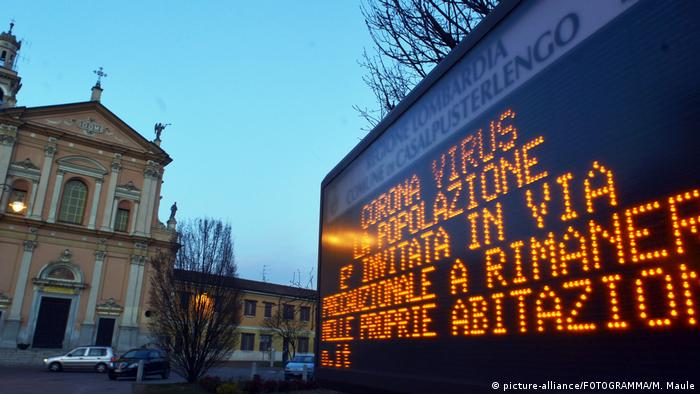 The cluster was located in a handful of small towns in the Lombardy region, according to the head of regional health, Giulio Gallera.

The first to fall ill from the virus was a 38-year-old Italian who met with someone who had returned from China on January 21, health authorities confirmed.

The 38-year-old is now hospitalized and in critical condition. His wife and a friend of his have also tested positive for the coronavirus.

Tests were being administered on the 38-year-old's doctor, who paid him a home visit, as well as on 120 people he worked with at the research and development branch of Unilever in the town of Casalpusterlengo, Gallera said.

Three patients at the hospital in Codogno, where he went with flu-like symptoms earlier this week, have also been infected, as have five nurses and doctors.

A dozen towns in northern Italy are now effectively in lockdown after a growing cluster of cases were reported with no direct links to the origin of the outbreak abroad. Streets were deserted, along with signs announcing the closure of public buildings.

Big events canceled or scaled back

The scale of the outbreak prompted Venice on Sunday to call off its famous Carnival celebrations.

The president of the Veneto region, Luca Zaia, confirmed that the event, which had been due to run until Tuesday, had been suspended.

He said two elderly people had been hospitalized in Venice with the virus.

Hotel reservations in the lagoon city were already down one-third during the first weekend of the festival, with visitors scared off by concerns about a return of record floods, rather than the virus.

Eight more shows are scheduled for Sunday, though it was unclear if all would be held as planned. 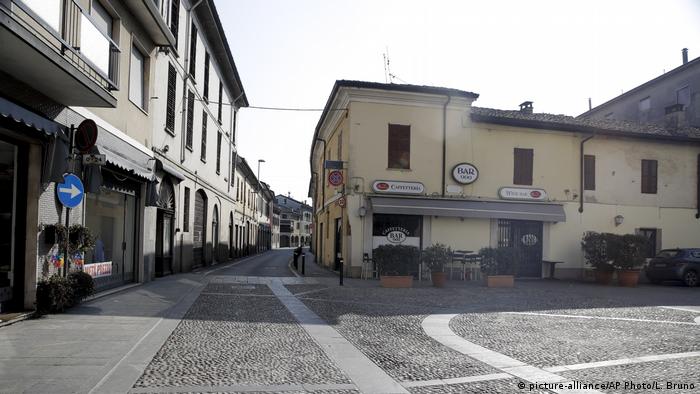 Empty streets in the town of Codogno, near Lodi, after local authorities urged residents to remain indoors

The spike in cases also prompted regional authorities to order the closure of schools, businesses and restaurants in Veneto and Lombardy, as well as the cancelation of religious services until further notice.

The prime minister announced Saturday evening that the Sports Ministry was suspending all sporting events on Sunday, including three Serie A football matches scheduled for Sunday. Inter Milan's clash against Sampdoria is one of the matches affected. 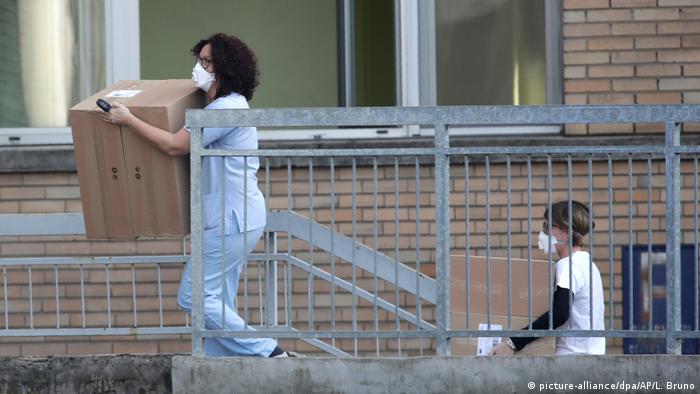 South Korean President Moon Jae-in on Sunday raised its alert level to the highest over the coronavirus outbreak. Moon said the decision meant the government would strengthen its overall emergency response.

The announcement comes after the country reported three more deaths from the coronavirus and 123 new cases on Sunday, bringing the total to 556, having doubled from Friday to Saturday. The three deaths take the nationwide toll to five.

Meanwhile, Japan's health minister has apologized after a woman who was allowed to disembark the coronavirus-hit cruise ship Diamond Princess tested positive for the virus. The woman left the vessel on Wednesday after a two-week quarantine but a follow-up second test revealed she had the virus. Twenty-three other passengers are expected to be re-tested.

"We will take all necessary measures, like double checks, to prevent a recurrence," Health Minister Katsunobu Kato said.

Russia, meanwhile, denied all allegations that it is spreading false information on social media that the US started the coronavirus outbreak.

Iran has reported 43 infections, with eight deaths, and now Turkey and Pakistan have responded by closing their borders with the Islamic Republic. Afghanistan has suspended air and ground travel to Iran. (23.02.2020)