Western Sydney University told DW that this option would enable students to travel into Australia via another country. Travel to Australia is currently restricted for foreign nationals arriving from mainland China. 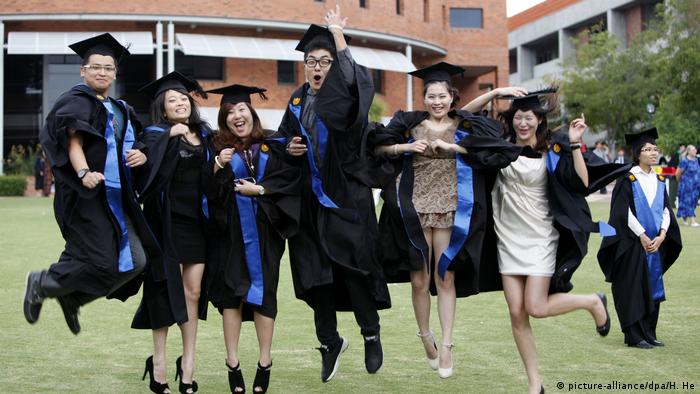 Western Sydney University in Australia is offering students who have recently been in China a one-off subsidy of 1,500 Australian dollars (€920, $990) to travel into Australia via another country, on advice from the Australian Department of Health. A university spokesperson told DW on Friday that this option would enable students to bear the additional expense of traveling into Australia while meeting the restrictions imposed in response to the coronavirus outbreak.

"For students who choose not to take up this offer, the University will continue to support them with online resources and remote learning activities," the spokesperson said.

Western Sydney University's move follows a directive by the Australian government on February 1 to deny entry to anyone who has left or traveled in transit through mainland China. The directive applies to anyone except Australian nationals and permanent residents, New Zealand citizens resident in Australia, immediate relatives of Australian citizens and permanent residents and diplomats. The ban was initially in force until February 14, but has now been extended through February 29.

"Our students are keen to travel to Australia and start the new academic year as soon as possible," the university said. 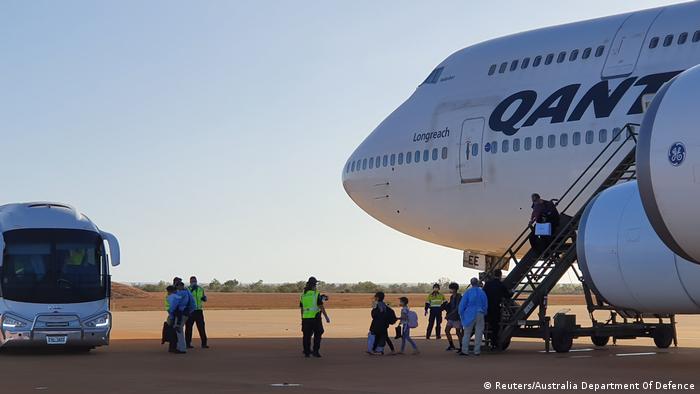 The government has allowed people to travel into Australia if they can prove that they weren't in mainland China within the previous 14 days. Universities Australia, an umbrella organization with 39 Australian universities among its members, said that Chinese students who had spent more than 14 days in another country as instructed would soon arrive in Australia to start their studies.

"The Deputy Chief Medical Officer Professor Paul Kelly advised that if these students had no recent contact with people with coronavirus, they would be welcomed to Australia. As always, every university’s priority is the health and welfare of all students, here and abroad," Universities Australia Chief Executive Catriona Jackson told DW.

While Western Sydney University didn't explicitly mention that its new scheme was for Chinese students, Universities Australia said that universities were "working hard to offer students who remain in China a range of options." These include accessing course content online, postponing course start dates, delaying assessments or allowing students to defer studies without extra charge.

The move comes shortly before the start of the new academic year at Australian universities. Chinese students make up a significant portion of the student population in Australia. In 2018, they contributed 11 billion Australian dollars to the country's economy, according to the Australian Bureau of Statistics.

The novel coronavirus, or COVID-19, has infected over 75,000 people and killed 2,236 people in China. It has also spread to 30 countries. As of February 19, 15 cases have been confirmed in Australia.

Of the new cases, 39 have been traced back to a church in the southern city of Daegu. It has been declared as a "special care zone," as has neighboring Cheongdo County. In Seoul, rallies were halted to stop the spread. (21.02.2020)

Since first cases were confirmed in December 2019, the flu-like 2019-nCoV virus exploded into a major health emergency, killing hundreds of people and infecting thousands more. Scientists scramble for a vaccine. (17.02.2020)