A Shanghai construction company has bought a majority share in the long-stagnant airport, hoping to see its business take off again. It's betting that tourists and trade with Asia will be the salvation. 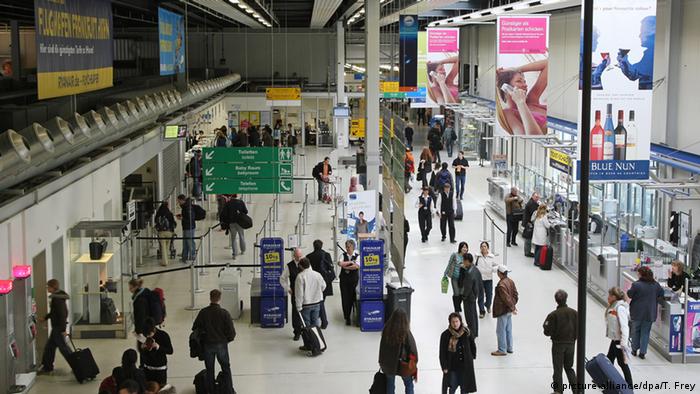 German federal state Rhineland-Palatinate announced Monday that it had sold its majority stake in of Frankfurt's Hahn Airport to Shanghai Yigian Trading Company (SYT), in a deal worth somewhere in the "low double-digit million euro range."

According to Reuters, SYT counts as one of the leading construction companies in China.

While not offering any timeline for crawling back in the black, SYT announced on Monday its plan for revitalizing the airport, largely by increasing its business with Asia.

Hoping to draw Asian tourists, SYT's chief representative Zu Tao Chou announced that the company was in talks with Chinese airline Yangtze River Express over its return to Frankfurt Hahn. The airline stopped operating at the airport in 2015, striking a blow to its business.

SYT also aims to build the airport into a hub for freight deliveries. "We expect good business in cargo deliveries of food to Asia," Chou said.

Rhineland-Palatinate had an 82.5 percent share in the airport's ownership. It will still maintain an involvement, including through subsidies and investment aid. Lewentz calculated that the Hahn will receive as much as 70 million euros in tax money between now and 2024. 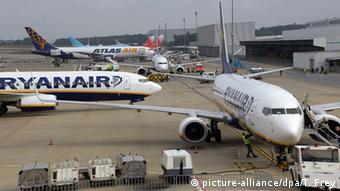 Ryanair, which generates most of Hahn's business, has favored other German airports recently

"The support shows the high-priority the state government will ascribe to the site in the future," Lewentz said.

According to the agreement though, SYT will have to supply at least half of the investments.

Rhineland-Palatinate president Malu Dreyer is confident "that the buyer will commit itself to the future of the location." SYT supported that sentiment, rather romantically. Chou said Monday that he "lost his heart" to the airport.

The airport is located about 120 kilometers (75 miles) away from Frankfurt am Main. Originally it served as a US military airbase before being converted to commercial use in 1993. Fraport, which operates the international flight hub Frankfurt Airport, sold its share to Rhineland-Palatinate in 2009 for a single euro.

The German state of Hessen, where Frankfurt am Main is located, owns the remaining shares of the airport, about 17 percent. It is already in the "home stretch" of negotiations with SYT about a buyout, which could take place within the coming weeks.

Budget carrier Ryanair has booked record bottom-line earnings for its fiscal year ended March 2016. Its outlook is still optimistic, but lower ticket prices are likely to see the surge in net profit slow down. (23.05.2016)

The German capital's mayor has said that the city's long-delayed airport may not open until 2018. The many delays to beset the facility have turned into something of a national joke. (26.05.2016)

Inspectors recently smuggled dangerous objects through Cologne-Bonn Airport, sometimes even when personnel knew they were being tested. It's not the first time German airports have fallen short. (18.04.2016)