At the Lima climate conference, China promised to reduce its greenhouse gas emissions. But it has a long road ahead to free itself from its dependence on coal. Future climate stability depends on how fast it succeeds. 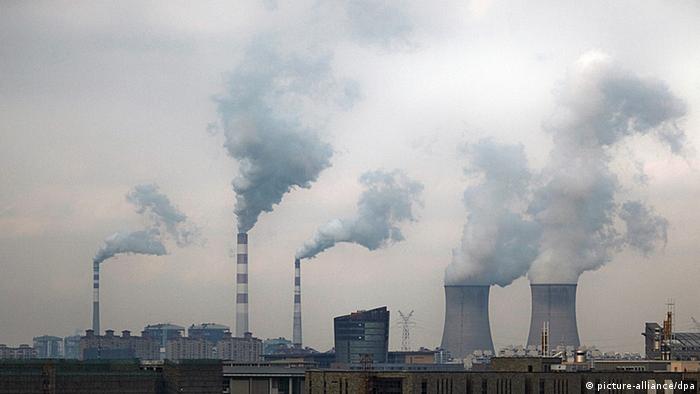 China produces around 30 percent of global emissions of carbon dioxide - more than any other country. It is the world's largest greenhouse gas polluter and the country most responsible for any global temperature increase that might result. But until now, Beijing has shown little interest in combating climate change.

With some justification, the Chinese leadership has long said that since the long-industrialized countries created their wealth at the expense of the environment, they have an obligation to be the primary actors on decarbonising their economies. China's position was one of several key reasons for the failure of the 2009 climate summit in Copenhagen.

Shortly before the Lima climate talks began, President Xi Jinping signaled a new attitude in a joint statement with US President Barack Obama at the APEC Summit in Beijing: China plans to reach peak annual CO2 emissions by no later than 2030, and decrease emissions year-on-year thereafter.

President X also said China would use non-fossil energy sources for 20 percent of its total energy needs by that year. 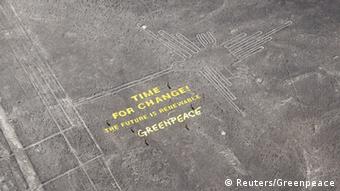 China is coming under increasing pressure from environmental groups

It was an announcement that sent a strong signal. If China does not take action, all climate efforts are doomed to failure. While the EU and - to a lesser extent - the US are taking steps to cut emissions, China has increased its output this year by 500 million tons - making China "a unique global threat," as "The Economist" put it.

What matters is how fast and how comprehensively China can become independent of coal. Even Germany, which sees itself as a leader of the green energy revolution, is making this transition only slowly.

At present, China produces about 75 percent of its electricity from coal. In Germany, the figure is 44 percent. China faces the bigger technical challenge, since its total energy demand is greater and still growing fast - its demand for electricity is expected to grow by over 70 percent by 2035.

It's an open question as to whether China can break the link between economic growth and consumption of coal - and thus carbon dioxide emissions.

"It won't be possible to shake the dominance of coal in China's energy system for a long time," environmental expert Björn Conrad, analyst at the Berlin-based Mercator Institute for Chinese Studies (MERICS), wrote in a recent study. Although China is developing renewable energy sources on a large scale, leaving coal behind will require decades of effort, he said.

Signs of a turnaround 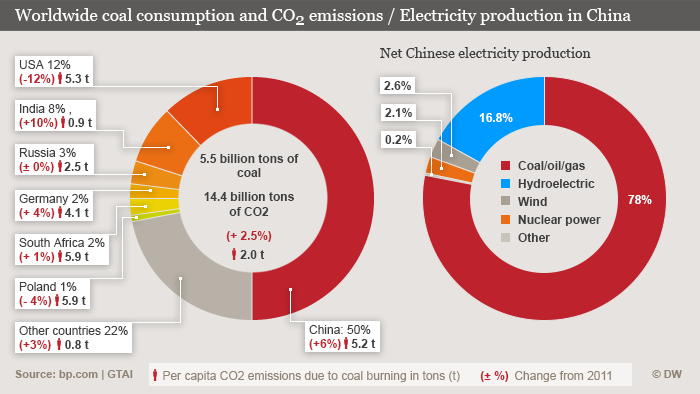 But Li Shuo, a climate and energy campaigner at Greenpeace East Asia, is optimistic that this is possible. "In the first three quarters of 2014, China experienced a decline in coal consumption by 1-2 percent, while economic growth was still at around 7 percent," Li told Deutsche Welle. For the first time, coal consumption has declined in absolute terms, he said.

And while this is not an energy transition on the German model, it could the "be the beginning of an ambitious turnaround," Li said, calling the next Five-Year Plan, from 2016 to 2020, "absolutely critical."

Li expects that the plan will include a cap on coal consumption - thus reducing CO2 emissions before 2030. "There is therefore a lot of scope for China to reach its emissions peak much earlier," he said.

Speaking in Lima, German Environment Minister Gerd Müller put it in similar terms: "China has now made environmental protection its number-one topic, because the people demanded it. I think the Chinese will be much more ambitious than they are announcing now." 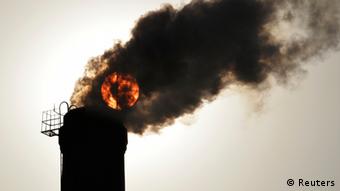 Little is being done to stop pollution in China

Beijing's withdrawal from coal has less to do with fear of climate change than the Communist Party leadership's fear of mass discontent over deadly smog, like that which smothered Beijing in January 2013.

Catastrophic air quality also has a negative effect on investment in China. The leadership has realized that it cannot go on this way - and for that reason, it's increasingly looking to non-fossil energy sources.

In terms of new wind and solar power plants, China was the world leader in 2013. But power transmission faces a bottleneck: The grid cannot keep up with the installed wind power capacity. Eco-friendly current generated in China's interior is only partly able to reach coastal regions where demand is greatest.

China needs an intelligent power system that is compatible with clean energy, Li said. But it is easier to move from zero clean energy to a 5 per cent renewable electricity share, he added, than to go from 15 to 20 percent, which would be the next step for China. 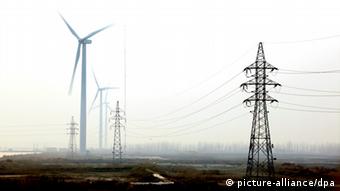 In addition to water, wind and solar power, China is also turning to a more controversial alternative to coal: Nuclear energy. After the initial shock from the Fukushima reactor meltdown abated, Beijing gave the green light for nuclear power capacity to triple to 150 megawatts by 2020.

China's largest nuclear power company, CGN, with revenues of $3.2 billion, had this year's second-largest IPO in the Asia-Pacific region when it began trading on the Hong Kong Stock Exchange. Critics fear that with China's new enthusiasm for "clean" nuclear energy, safety issues are bound to come up short.

Another alternative to conventional coal energy is coal gasification. This technology has been known for decades, and Beijing plans to further promote and use it for the electricity and gas supply to large cities. It could in part replace conventional coal-fired power plants. 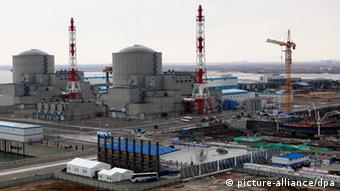 But there's a catch, Li said: This energy-intensive technology produces even more carbon dioxide than normal combustion of coal. In addition, water consumption is very high, which is likely to become a major problem, especially in the arid regions of central China and Xinjiang, where new plants are to be built.

Germany's Siemens has built coal gasification plants in China, and is planning more. The company says its operations are virtually carbon-neutral, thanks to the latest technology. But these concepts are not currently being implemented in systems delivered to China, a Siemens spokeswoman admitted to DW.

There are many signs China is trying to move beyond its conventional coal-driven energy supply. Germany and China are currently pursuing an "innovation partnership." But a great deal of innovation will be needed if wind, water and solar power are to gain the upper hand.

Negotiators at UN climate talks in Lima, Peru, have approved a draft laying out the key points for a global climate pact set to be agreed in Paris next year. The agreement came in a marathon overtime session. (14.12.2014)

Germany is struggling to meet its 2020 climate targets. Now climate solutions are being tested across the country in what’s been dubbed Germany’s 'energy avant-garde.' And it's happening where it's least expected. (04.12.2014)