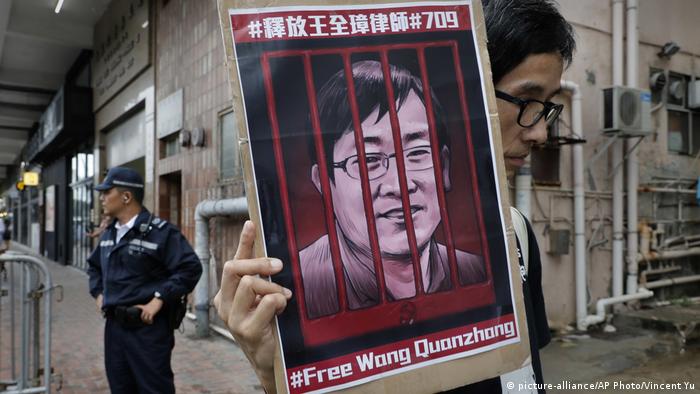 Human rights groups, however, have a different opinion of Beijing's record. China has drawn widespread criticism for the mass-internment of Uighur Muslims, a crackdown on civil liberties in Hong Kong, widespread domestic censorship and arbitrary arrests of political dissidents.

Sarah Brooks, Asia program officer for the International Service for Human Rights (ISHR), told DW that China's reelection has made the UNHRC's credibility "hard to swallow."

"The idea that the council can be the world's highest human rights body […] when China is on the council and actively engaged, imperils a whole range of efforts to use the council to address violations worldwide," Brooks said.

On September 9, over 300 human rights groups, including Amnesty International, sent a joint letter to the UN Secretary General and the UN High Commissioner for Human Rights, calling for an international mechanism to address the Chinese government's human rights violations.

According to Amnesty, the letter said that China was seeking to "distort the mandate" of the UNHCR, by "persecuting activists from China" who use UN mechanisms to bring scrutiny of human rights violations in countries around the world.

Brooks said that Chinese activists need to be supported and encouraged to use the UNHCR system to report human rights violations.

"We need to make sure that there are costs for China trying to block those individuals from coming to the UN. And that there is a response when China seeks to shut the door in the face of civil society or block an activist from getting on a plane," said Brooks.

Sophie Richardson, China director at Human Rights Watch, told DW the China's membership in the UNHRC will draw international attention towards how the body operates.

"China being reelected to the council hopefully will draw more attention to the council itself" and the "threat" that Beijing could pose to UN human rights mechanisms, she said, adding that over the last year, the number of governments openly critical of China's human rights record within UN bodies rose from 23 to 40.

"It's imperative that like-minded pro-rights governments come together in some kind of coalition for the next five to 10 years to serve as a counterweight to China across the system," said Richardson.

The United States withdrew from the UNHRC in 2018, citing "hypocrisy" on human rights.

With reporting from DW's Taipei correspondent, William Yang, and the Associated Press