China's exports to US fall amid trade war

China's exports to the US were down year-on-year in August. The dive follows July's surprise growth and comes amid a high-pressure campaign by Washington to coerce Beijing into signing a new trade deal. 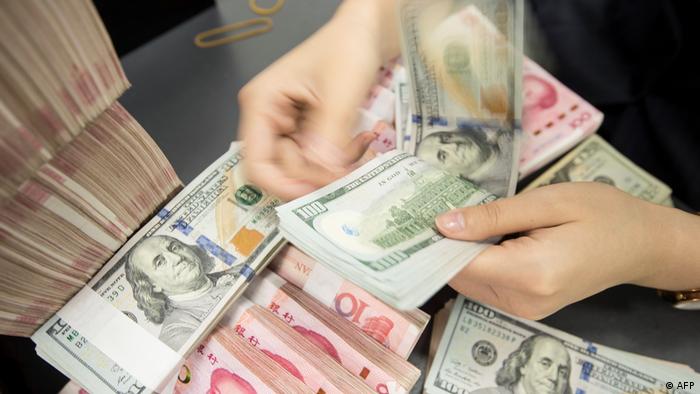 China's trade with the United States slipped by 1% in August, official figures showed on Sunday. The year-on-year data were released as a long-running trade spat between the two world powers showed no sign of ending, despite face-to-face negotiations in Shanghai in July.

As the two sides prepared for a further round of negotiations, China's trade surplus also dropped sharply last month to $34.83 billion (€31.32 billion), from $44.58 billion in July, while imports continued a four-month decline at 5.6%.

On September 1, the US imposed a 15% levy on more than $125 billion in Chinese imports including smart speakers, Bluetooth headphones, books, diapers and footwear.

The additional US measures were added to the 25% tariffs on $250 billion in imports already in place.

China has issued its own tit-for-tat tariffs, taxing about $120 billion worth of US goods.

Some have been hit with multiple increases, while about $50 billion of US goods is unaffected, likely to avoid disrupting Chinese industries.

US President Donald Trump has accused China of using predatory tactics, including forcing foreign companies to hand over technology and stealing trade secrets. The dispute has weighed on global markets and soured relations between Washington and Beijing.

The two sides have agreed to hold further discussions in Washington in early October, later than expected.