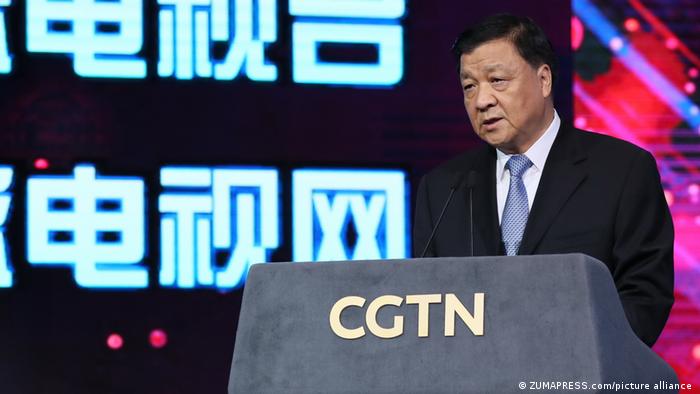 The Chinese state-run TV news channel CGTN returned to the Vodafone cable network in Germany, a spokesperson for the channel confirmed on Saturday.

The news came almost a month after a legal dispute in the UK left the channel without permission to broadcast onto German television screens.

"After receiving the confirmation letter from the French media regulator stating that CGTN's right to broadcast in Europe falls under its jurisdiction, Vodafone Germany resumed distributing CGTN and its Documentary channel at approximately 7 a.m. on March 5 through its cable service," the CGTN statement said.

Why can CGTN broadcast in Germany again?

After being removed from the air, the management behind the CGTN channel approached France's media regulator to gain legal access once again to European networks.

The French regulator confirmed that CGTN was able to broadcast under French jurisdiction.

"Due to Brexit, on the one hand, and the revocation of the license granted to this channel by Ofcom under British law, on the other hand, CGTN's managers approached the Conseil Supérieur de l'Audiovisuel (CSA) for confirmation that this service was now under French jurisdiction under European law," the CSA said in a statement published on its website.

"The CSA confirmed this interpretation," it added.

The regulator went on to highlight that it would pay special attention to the Chinese state-run channel to keep it in line with European broadcasting laws.

"In accordance with its missions, the CSA will be particularly attentive that CGTN ensures that these legal requirements are respected," CSA said.

CGTN has been broadcast in Europe via the French operator Eutelsat since 2016, the CSA statement said.

How did CGTN lose its permission to broadcast in Germany?

The Chinese channel lost its license in the UK on February 4 after the British Office of Communications (Ofcom) said that the media company holding CGTN's UK license, Star China Media Limited (SCML), had "no editorial control over its programs" as the UK law requires.

In line with the 1989 transfrontier television agreement, which states that a distribution license in one European country is valid across the continent, German media authorities had to notify television networks, such as Vodafone, that the CGTN channel no longer had permission to broadcast.

Ukraine's successful counteroffensive against Russian forces has rekindled the debate about tank shipments. Is it time for the West to rethink its choices? It is certainly time for a quick decision, says Miodrag Soric.