US to tighten rules on Chinese state media

Washington has designated five Chinese media outlets, including Xinhua and CGTN, as "foreign missions," a move which officials said subjects them to closer oversight, but does not limit journalistic work. 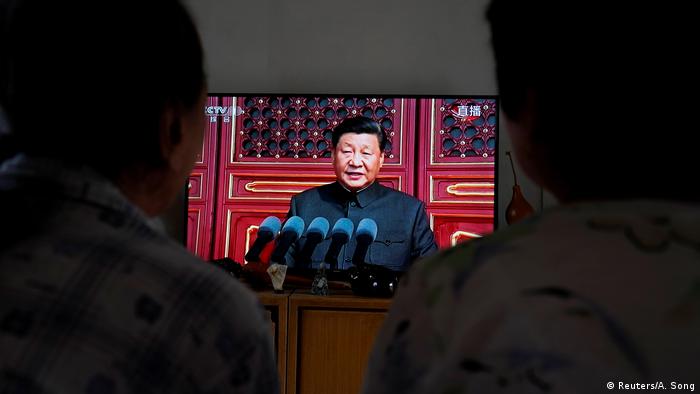 The US State Department said Tuesday that it was designating five state-run Chinese news organizations as "foreign missions," in a move to address what US officials called Beijing's "propaganda news apparatus."

Why is this significant?

As a presidential election year gets underway in the US, there are growing concerns about the influence of foreign media organizations on public opinion.

US officials are also concerned that Chinese journalists working for state media are directly controlled by Beijing, and are working in the US to carry out the agenda of the Chinese government.

According to the State Department, a designation as a foreign mission requires each listed media outlet to register the locations of any properties they own or rent in the US, obtain permission to acquire more property, and disclose the identities of their employees working in the US, including US citizens.

The requirements are similar to those placed on diplomats and official foreign government entities operating in the US, although the designation does not confer any diplomatic status on the media organizations' property or employees.

The designation would not impose any restrictions on the the Chinese outlets' journalistic work within the US.

"There is no dispute that all five of these entities are part of the [Chinese] party-state propaganda news apparatus and they take their orders directly from the top," a State Department official told reporters on condition of anonymity.

"We all know these guys have been state-controlled forever, but that control has gotten stronger over time, and it's far more aggressive," he added.

During the Cold War, most Soviet media organizations operating in the US were classified as foreign missions. More recently, Vietnam News Agency was designated by the State Department as a foreign mission.

The months-long unrest in Hong Kong has been escalating over the past few weeks. Mainland China's state-run media sharply criticize the protesters' actions and also blame Western media for their "biased" reporting. (19.11.2019)