Is Chinese propaganda infiltrating the German media? | Germany | News and in-depth reporting from Berlin and beyond | DW | 27.09.2018

As Chinese global influence to continues to grow, Beijing-sponsored media content is increasingly appearing in US and German news outlets. Experts warn China is instrumentalizing the Western press to promote its image. 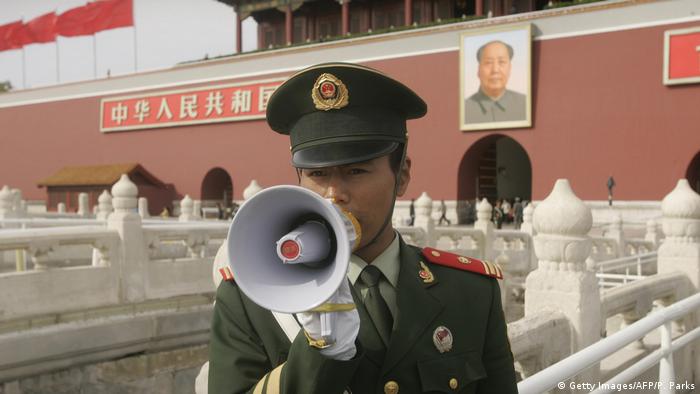 US President Donald Trump said during his speech to the UN Security Council this week that there were signs China was trying to meddle in his country's upcoming midterm congressional elections.

Chinese Foreign Minister Wang Yi rejected the allegations as "unfounded." Trump, in an effort to back up his claim, later tweeted a photo of US newspapers which he said were publishing Chinese propaganda disguised as news.

Germany a target of Chinese propaganda?

In Germany, too, China has been repeatedly accused of seeking to influence public opinion in a targeted manner.

A newsletter published in July by the country's largest news agency, the DPA, announced it was going to carry content from China's state news service, Xinhua. The aim, according to the newsletter, was to keep DPA customers informed about the Belt and Road Initiative (BRI), a prestige project of Chinese President Xi Jinping, from a Chinese perspective.

When Chinese media policy expert David Bandurski read the newsletter, he became concerned. "The DPA is a journalistic institution, and now, with Xinhua, it is involved with an organization whose aim is to promote the BRI and Chinese foreign policy," he told DW.

The Xinhua-DPA partnership is also underpinned by the Chinese government's desire to gain more influence abroad. In May, Xinhua emphasized in a press release that the cooperation will help DPA clients seize the opportunities offered by BRI. Consequently, Xinhua's influence will also grow as a result — especially in German-speaking countries.

This is not the first time that China has tried to strengthen its media influence in the West. As a rule, this is done through publication inserts that look like news articles but are, in reality, paid advertisements. Such content is known as an "advertorial" and it has become an increasingly popular source of profit in the media industry, particularly in the ailing world of print journalism. 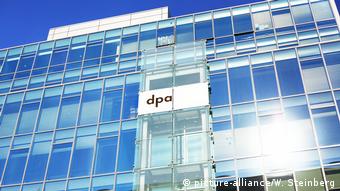 The DPA has been cooperating with Xinhua since June

In a joint study entitled "Authoritarian Advance," the Mercator Institute for China Studies (MERICS) in Berlin and the Global Public Policy Institute (GPPI) warned of the Western media's increasing usage of Beijing-sponsored advertorials. Beijing is active in "improving the global perception of China's political and economic system and positioning itself as a viable alternative to liberal democracy," the study said. A crucial element of this strategic objective, it went on, is playing with the influence that established media has on public opinion.

The study, published in February, criticized, among other things, the fact that well-respected Western media instutions regularly published the state-tied newspaper supplement, China Watch. These outlets include The New York Times, Le Figaro, and the German Handelsblatt and Süddeutsche Zeitung newspapers.

The authors of the study were critical of the fact that while these supplements are clearly listed as paid advertisements, Beijing was nonetheless effectively instrumentalizing these Western media outlets because they "have more credibility among readers than Chinese media." The Süddeutsche Zeitung has since discontinued the special supplement.

Are journalistic standards eroding in Germany?

Responding to an inquiry from DW, the DPA stated that the Xinhua Silk Road Information Service is a "purely commercial product that has no connection to DPA reporting from, or about China, or any other topic." 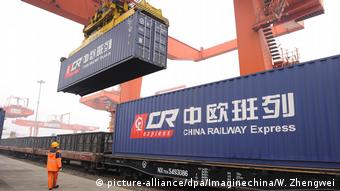 The press agency's spokesman Jens Petersen stressed that "the DPA functions here purely as a service provider" and that the Xinhau material is not part of its editorial offerings.

Petersen said that the content is "marked and offered as a separate service and that it is clearly identified as independent from a production perspective. It has no bearing on the DPA's editorial services." Separating the content ensures the "high editorial standards of the DPA," he added.

The fact that the DPA posits itself merely as a "service provider" is not convincing for Chinese media expert Bandurski. In his opinion, China has been trying for some time to interfere in Western media, through all possible channels. "But the [Western] partners don't care to take a closer look at what is at play behind it."

Thorsten Benner, director of the GPPI  and co-author of "Authoritarian Advance," is somewhat less critical. In his opinion, journalistic standards in Germany are not yet seriously threatened by such cooperations with Chinese institutions.

"It is irksome when Handelsblatt and the like allow their brand to be utilized for the propaganda of the Communist Party of China,"  he said. Ultimately, though, he does not see it as having a lasting impairment on media freedom.

However, that does not mean that Germany's media should let their guard down entirely,  Benner cautioned: "It is about arming oneself against increasing influence and, among other things, ensuring that German media companies do not fall into Chinese hands."