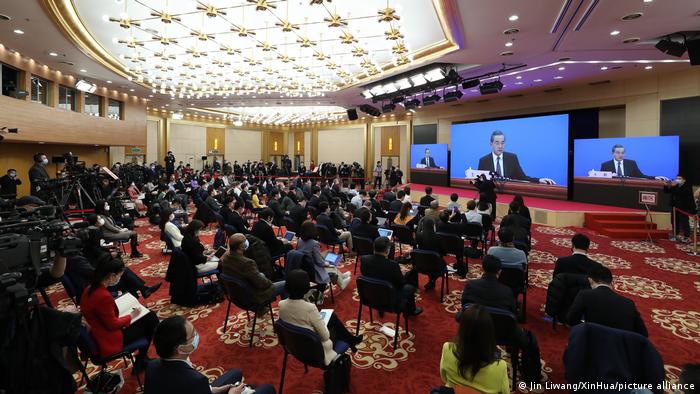 China's claim to Taiwan is an "insurmountable red line," the Chinese foreign minister warned the US administrationled by President Joe Biden on Sunday.

Wang Yi was speaking at an annual news conference during the meeting of the National People's Congress, China's annual parliamentary session.

Wang addressed other aspects of the tense US-China relationship during the news conference. 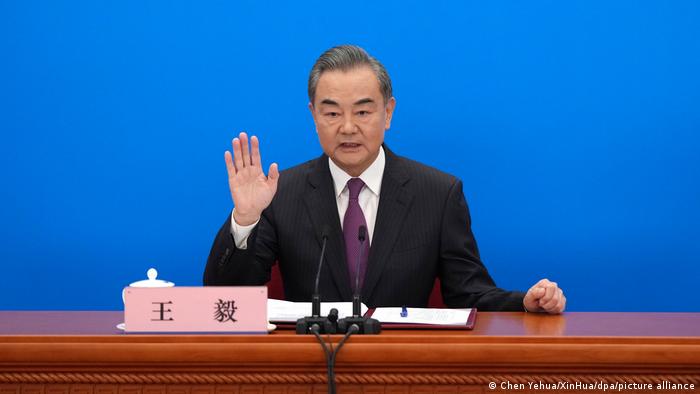 "The Chinese government has no room for compromise or concessions on the Taiwan issue," Wang said on Sunday.

"We urge the new US administration to fully understand the high sensitivity of the Taiwan issue" and "completely change the previous administration's dangerous practices of "crossing the line" and "playing with fire," he said.

Taiwan is an island democracy that split from the mainland in 1949. Beijing continues to claim it as its own territory.

The United States has no official relations with Taiwan's democratically elected government but has extensive informal ties.

Former US president Donald Trump, who left office in January, angered Beijing by sending cabinet officials to visit Taiwan in a show of support.

The ruling Communist Party has threatened to invade if Taiwan declares formal independence or delays talks on uniting with the mainland.

Biden's team has said the US commitment to democratic Taiwan is "rock solid."

The reform plans were unveiled during this week's parliamentary session.

They are expected to upend the territory's governance, enshrined under the "one country, two systems" framework agreed with Hong Kong's former colonial ruler Britain, and ensure Beijing loyalists are in charge.

He said reforms would contribute to long-term stability and bring about a "brighter future" for the city.

"Loving Hong Kong and patriotism are exactly the same," said Wang on Sunday, adding that changes to the electoral system are constitutional and justified.

Beijing has clamped down on the territory's independence after large swaths of the population hit the streets in 2019 in huge and sometimes violent pro-democracy protests.

Wang's comments come one week after 47 pro-democracy activists were detained on charges of conspiracy to commit subversion under the controversial national security law.

Wang also addressed US-China relations, that have been fraught over issues other than Taiwan. This includes disputes over trade, human rights abuses in Xinjiang and Hong Kong and the South China Sea.

"It is hoped that the United States and China will meet each other halfway and lift the various unreasonable restrictions placed on Sino-US cooperation to date as soon as possible, and not create new obstacles artificially," Wang said.

He criticized the US for using democracy and human rights as a basis for arbitrarily interfering with other countries' affairs, adding: "The US should realize this as soon as possible, otherwise the world will continue to experience instability."

But activists and UN experts say around  1 million Muslim Uighurs are held in Chinese camps.

Relations between China and the European Union

Wang struck a positive tone while talking about the European Union.

Relations between China and the bloc over the past year have shown "resilience and vitality," Wang said.

He praised an investment agreement, which was finalized in December as serving the needs of both parties.

Myanmar has been in turmoil after a military coup ousted leader Aung San Suu Kyi from her post on February 1.

"China is...willing to contact and communicate with all parties on the basis of respecting Myanmar's sovereignty and the will of the people, so as to play a constructive role in easing tensions," Wang Yi, China's top diplomat told the news conference.