The reforms would overhaul the local electoral system and hand Beijing more power over the territory. Officials say the measures would threaten Hong Kong's semi-autonomous status. 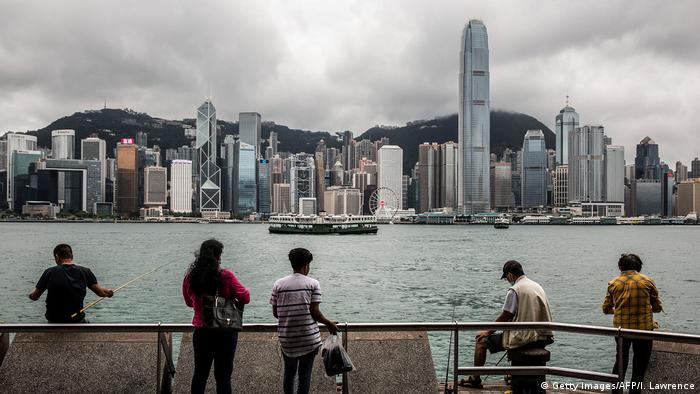 People sit on the waterfront of Victoria Harbor in Hong Kong

The European Union said on Friday that proposed reforms to Hong Kong's electoral system were negative, and break commitments made to protect the territory's semi-autonomous status by tightening China's grip on the global financial hub.

"If enacted, such reform would have potentially far-reaching negative consequences for democratic principles and democratically elected-representatives in Hong Kong. It would also run counter to previous electoral reforms in Hong Kong and renege on the commitments," the EU Office to Hong Kong and Macau said in a statement.

"The EU calls on the authorities in Beijing to carefully consider the political and economic implications of any decision to reform the electoral system of Hong Kong that would undermine fundamental freedoms, political pluralism and democratic principles."

"If implemented these measures would drastically undermine Hong Kong democratic institutions," he said.

A decision on the reforms, which would overhaul the local electoral system, is expected by March 11.

Under the proposed measures, a mostly pro-Beijing committee that elects Hong Kong's leader will also choose a large part of the legislature, as part of a revamp that will increase central government control over Hong Kong politics.

The changes are part of a draft decision submitted on the opening day of the week-long meeting of the National People's Congress, China's ceremonial legislature.

The Election Committee selected up to 10 members in earlier versions of Hong Kong's legislature, but hasn't done so since the 2000 election. The committee will now participate in the nomination of candidates and elect "a relatively large share" of its members, said Wang Chen, vice chairman of the National People's Congress (NPC) Standing Committee.

According to the South China Morning Post, that "large share" consists of 30 seats in an expanded 90-seat legislature. The legislature is currently at 70 seats.

With the largely pro-Beijing election committee nominating all candidates for the legislature, opposition figures could be barred from running in elections.

The draft decision was triggered by Hong Kong's pro-democracy movement which gained traction in recent years as Beijing tightened its control over the city.

Pro-democracy supporters say Beijing's tightened grip on Hong Kong's political system violates its pledge to give the city 50 years of autonomy under a "one country, two systems" framework when Hong Kong was handed over to China by the British in 1997.

Hong Kong saw several months of anti-government protests starting in 2019. That spurred mainland China to impose a contentious national security law on Hong Kong in June of 2020. The law drastically lowered the bar on what activities could be classified as secession, subversion, or collusion with foreign forces.

The legislation has been used to charge about 100 people in the city, including 47 pro-democracy activists last week.

After consolidating its power over Hong Kong, Beijing has used the festivities marking the 25th handover anniversary from British rule to laud the city's "rebirth." Many Hong Kongers do not feel like celebrating.

Taiwanese politicians have repeatedly expressed support for Hongkongers since the pro-democracy movement began. But unlike in many western countries, that sympathy did not turn into policy.