Police have detained 47 pro-democracy activists on charges of conspiracy to commit subversion. The activists angered officials by taking part in an unofficial primary election ahead of local polls. 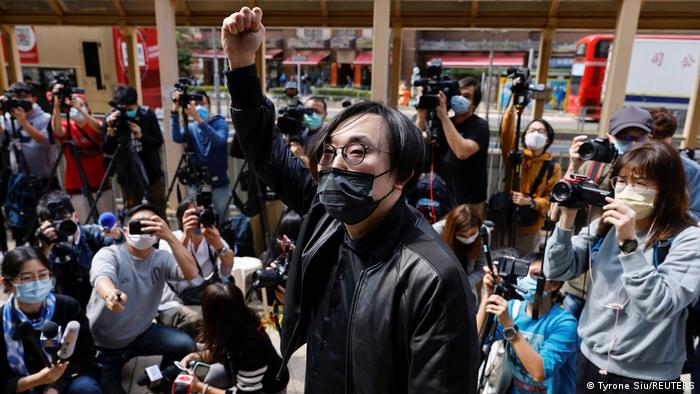 Hong Kong police have charged a group of 47 prominent dissidents with "conspiracy to commit subversion."

It is the single largest use yet of Beijing's controversial, sweeping national security law against the city's democracy movement.

The 47 charged on Sunday were among more than 50 pro-democracy activists arrested by police in January. Those detained in the crackdown had links to an unofficial primary election organized by pro-democracy parties ahead of a since-postponed legislative election. They were later released.

The activists include 39 men and eight women aged between 23 and 64, according to a police statement.

DW Hong Kong correspondent Phoebe Kong said all 47 were being detained at local police stations and will be brought to court on Monday morning.

A judge will then decide whether or not they must remain in custody before their hearing.

Kong said that the timing of their detainment is "pretty concerning."

"We are expecting an announcement on Hong Kong's electoral reforms in the coming weeks, if not days," she told DW.

"Authorities are trying to redefine political activism and campaigning as illegal ... These national security crimes could possibly put all the election hopefuls today in life imprisonment," she added.

Eight of the activists involved in that case were not charged, according to a report in the Hong Kong-based newspaper South China Morning Post.

The National Security office had ordered some of those arrested in January to report to local police stations in Hong Kong at 2 p.m. local time. 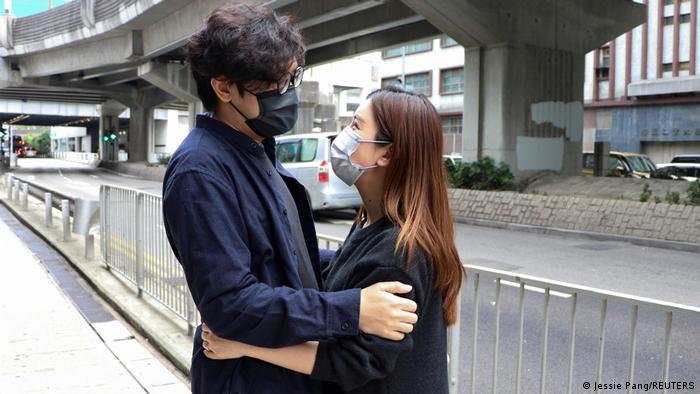 Who has been charged with 'subversion'?

The activists charged on Sunday represent a broad cross-section of Hong Kong's opposition.

They include veteran former pro-democracy lawmakers such as James To and Claudia Mo as well as academics, lawyers and social workers. Those also called in by Hong Kong police include a group of younger "resistance camp" democratic activists including Lester Shum, Sam Cheung, Ventus Lau and Fergus Leung.

Joshua Wong, one of the Hong Kong pro-democracy movement's most high-profile campaigners was charged. He is already in jail.

Some activists posted on social media before heading to the police station.

"My chance of bail won't be too great," wrote Benny Tai in a post. He was also charged by Chinese authorities of being a key tactician for the pro-democracy movement. 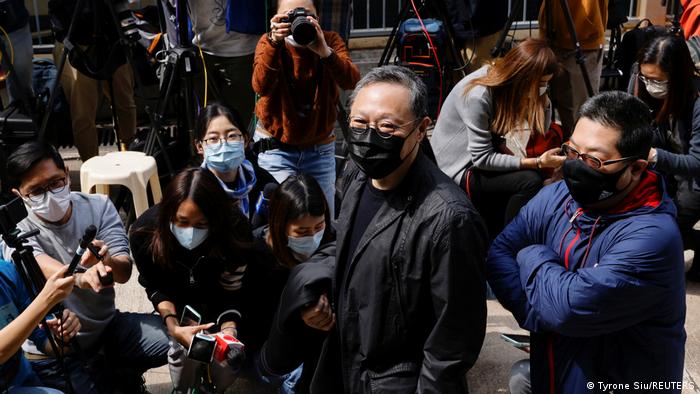 Gwyneth Ho, a young journalist and activist, posted on her Facebook page before being charged: "I hope everyone can find their road to peace of mind and then press forward with indomitable will."

American lawyer John Clancey, a member of the now-disbanded political rights group "Power for Democracy" who was arrested in January for his involvement in the primary, was not among those detained on Sunday.

"I will give full support to those who have been charged and will be facing trial, because from my perspective, they have done nothing wrong," Clancey told reporters.

Beijing imposed the legislation in June 2020 after large swaths of the population hit the streets in 2019 in huge and sometimes violent pro-democracy protests.

The law criminalizes acts deemed to be subversion, secession, terrorism and collusion with foreign forces. Those charged are routinely denied bail until trial and face up to life in prison if convicted.