Opposition figures have linked the arrests to an unofficial primary organized by the pro-democracy camp last year. It is one of the largest crackdowns yet under Beijing's national security law.

About 50 pro-democracy activists in Hong Kong were arrested on Wednesday by the city's police on suspicion of "subversion" under a controversial Beijing-imposed national security law.

Opposition figures said the arrests were linked to an unofficial primary organized by pro-democracy parties ahead of local legislative elections.

The campaign, called "35+ citizens vote," was to determine which candidates would give the pro-democracy camp the best chance to fill all 35 electable seats in Hong Kong's legislative council, a body with only half of 70 seats directly elected.

At the time Hong Kong's government labelled the primary "illegal" and disqualified 12 candidates. Chief Executive Carrie Lam postponed the election for a year, citing a surge in coronavirus cases.

Who has been arrested?

The home of Joshua Wong, a prominent jailed pro-democracy activist, was also raided Wednesday morning, according to posts on his social media accounts.

A US citizen working for a Hong Kong human rights law firm, Ho Tse Wai and Partners, was also among those arrested on suspicion of subversion, police told local media. 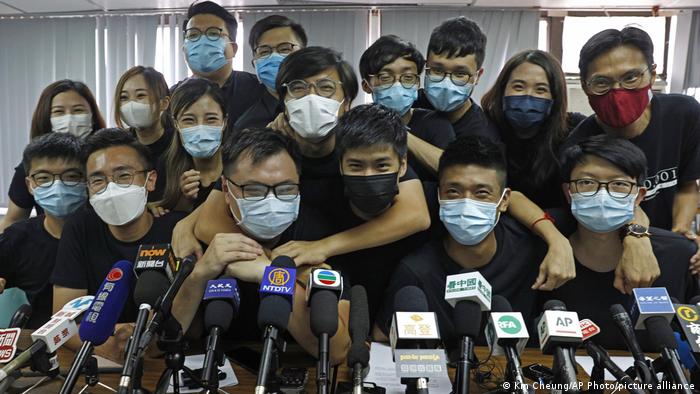 "This is a political crackdown on the pro-democracy camp and it was carried out in order to ensure that they will be detained for a long period of time. The mass arrest is aiming to weaken the pro-democracy figures’ influence in Hong Kong  and abroad." 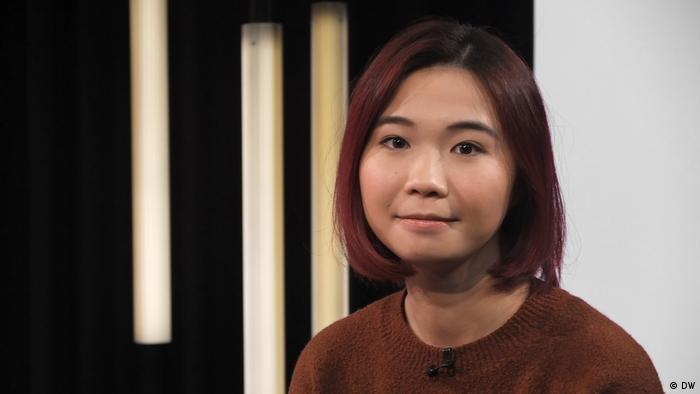 "I think this implies that the legislative council will be nothing more than a rubber stamp from now, Kwong said, adding: "What Beijing wants is full compliance to its regime."

She told DW she feels "very afraid and terrified seeing those arrests, because those are the friends and colleagues who I have worked with. I can’t imagine how other people who are not activists see outspoken people to be arrested."

Sunny Cheung, a Hong Kong activist and candidate who contested the 35+ citizens vote primaries but has since fled the semi-autonomous region told DW that the arrests were "totally absurd."

"Many countries have their own primaries too, and this should not constitute any crime," he added.

"As a participant and nominee in the primary, I would be definitely arrested if I were still in Hong Kong. The news is shocking and heartbreaking. Witnessing all of them, my friends and companions, being arrested is really speechless," he told DW.

In a tweet, he urged "the US government and Free World to stay alert and stand with Hong Kong."

The EU called for the immediate release of those arrested today in Hong Kong under National Security Law. It said it was eyeing further sanctions on China over its crackdown in the territory.

"We are currently analyzing the situation to see how we might need to react. There are other possibilities open to us, sanctions for example," European Commission spokesman Peter Stano told journalists.

The German Foreign Ministry heavily criticized the arrests, calling them "another milestone in a worrying development in recent months." The arrests confirmed fears that the security law "is leading to an erosion of civil liberties and the rule of law."

The German government said it was appealing to China to abide by the obligations of the Basic Law for Hong Kong, which grants the city special autonomy and democracy rights even in communist China.

It is "being used to crush dissent and opposing political views", he added.

"The UK will not turn our backs on the people of Hong Kong and will continue to offer BNOs (British National Overseas citizens) the right to live and work in the UK," Raab said.

Antony Blinken, US President-elect Joe Biden's pick for secretary of state, said Chinese authorities were launching "an assault on those bravely advocating for universal rights."

"The Biden-Harris administration will stand with the people of Hong Kong and against Beijing's crackdown on democracy," he said.

What is happening in Hong Kong?

Under the so-called "one country, two systems" policy, Hong Kong enjoys a measure of autonomy not found in mainland China, including a free press and freedom of assembly.

Since the national security law was passed — which bypassed Hong Kong's legislature — prominent democracy supporters have been arrested, jailed, barred from politics or have fled overseas.