The Chinese Foreign Ministry has said the US risks jeopardizing co-operation over North Korea. A terse response was issued after Washington imposed sanctions against a range of targets, including Chinese firms. 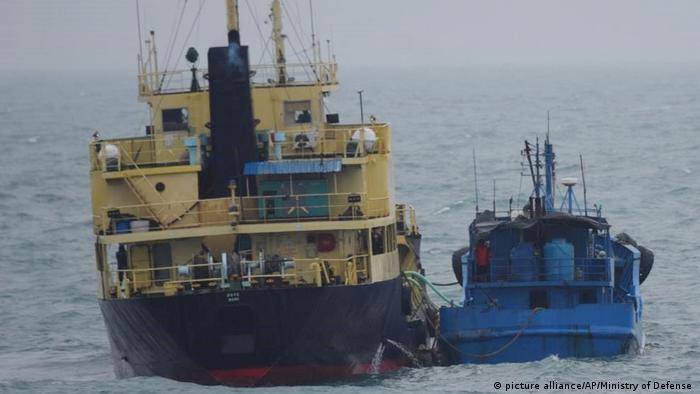 The Chinese government issued a sharp rebuff on Saturday after the new raft of US sanctions on North Korea, saying it had lodged "stern representations" with the US.

The Trump administration had on Friday announced sanctions it would take against a Taiwanese passport holder, 27 companies, and 28 ships.

Vessels registered in China and a range of other countries were among the entities included in the sanctions, as well as Chinese and Hong Kong shipping companies.

The ministry said China firmly opposed the US imposition of unilateral sanctions that were in accordance with US legislation, rather than international law. It claimed Washington was seeking to impose "long-arm jurisdiction" on Chinese entities.

"We have lodged stern representations with the US side over this, urging it to immediately stop such wrongdoings so as not to undermine bilateral cooperation on the relevant area," said the ministry statement.

Washington has been keen to coordinate a crackdown on North Korea's use of marine trade to circumvent international sanctions imposed over its nuclear and ballistic missile programs.

US President Donald Trump on Friday said the sanctions were intended to put "maximum pressure" on North Korea to roll back its weapons programs.

US  Treasury Secretary Steve Mnuchin confirmed the sanctions covered "virtually all the ships” being used by North Korea "at this moment in time."