China has pledged to invest hundreds of billions of dollars in Latin America and the Caribbean to augment its influence in the region. President Xi said he wanted to double trade over the next decade. 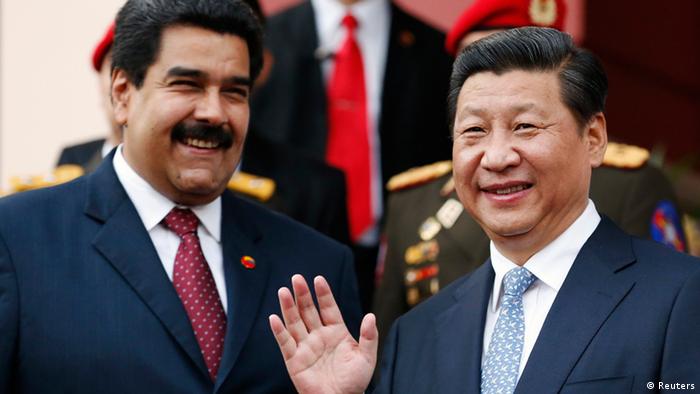 Chinese President Xi Jinping pledged Thursday to pump $250 billion (211 billion Euros) worth of investments into Latin America over the next decade as part of a drive by Beijing to increase its influence in the resource-rich region.

The announcement came as leaders of the Community of Latin American and Caribbean States, or CELAC, descended on Beijing for a two-day forum - the first of its kind.

Xi hailed the potential for future growth in ties between the world's second-largest economy and the 33-member bloc, saying that he expected bilateral trade to almost double over the next 10 years to $500 billion.

"I believe that this meeting will yield rich results and send to the world a strong message of our commitment to deepening cooperation for common development," Xi said.

He said he would work with CELAC leaders on energy, infrastructure, agriculture, manufacturing and technological innovation.

Trade between China and CELAC grew from $10 billion in 2000 to $257 billion in 2013, largely fueled by Chinese demand for energy resources and commodities such as oil and soybeans. In return, China has become a major source of credit for the region's partners.

The 33-member bloc does not include the United States or Canada and is seen as the ideal platform for China to drive an economic wedge between Washington and its neighbors to the south, many of whom are highly critical of US foreign and economic policies.

"Obviously, China has the intention to compete with the U.S. for a greater sphere of influence in the region," said Deng Yuwen, a Beijing-based political analyst. "But whether this strategy will weaken U.S. influence now is hard to judge."

Some of CELAC's left-leaning leaders appear only too happy to cut their ties with Washington, which they often see as interfering in their internal affairs.

"To repeat what (former) President Hugo Chavez said, China is demonstrating to the world that a country does not necessarily seek hegemony as it grows stronger," Venezuelan President Nicolas Maduro said Wednesday, after securing $20 billion in Chinese investments following a meeting with Xi on Wednesday.

Venezuela is already the largest recipient of Chinese credit in the region, borrowing more than $40 billion over the past five years. In addition to struggling with the world's highest inflation rate, the oil-rich country's economic woes have gone from bad to worse as oil prices continue their downward spiral, making it likely that dependence on Chinese loans will not end anytime soon.

Also on Wednesday, Ecuador said it had obtained $7.5 billion in credit from China. The money would be used for social spending and public works projects.