Benchmark global oil prices have dropped to a five-year low. Oil producing nations' economies are suffering. US and Saudi geopolitical goals are in play: both countries are interested in weakening Russia and Iran. 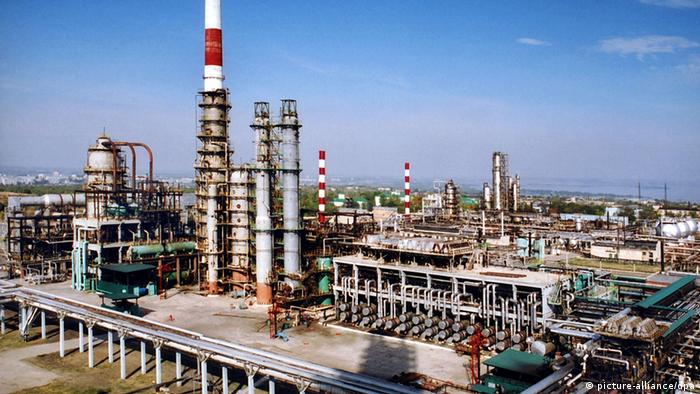 The price of Brent crude dropped to $59 per barrel on Tuesday, and West Texas Intermediate (WTI) hit a low of $53.60 before recovering to just under $56 in midday trading.

Oil prices have dropped nearly by half since June, with declines accelerating recently after member nations of OPEC, the Organization of Petroleum Exporting Countries - led by Saudi Arabia - decided on November 27 they would not cut back production despite an oversupplied oil market.

Downward pressure on the price of oil was exacerbated by a report showing Chinese industrial production shrank for the first time in seven months in December. China is the second-largest oil consumer in the world, after the United States.

Russia's energy minister said on Tuesday that his country will not cut production. Before the OPEC meeting in late November, Russia, which is not an OPEC member, had hinted that it could cut production if OPEC did the same - which would have resulted in a stabilization of oil prices at a much higher level than today's. 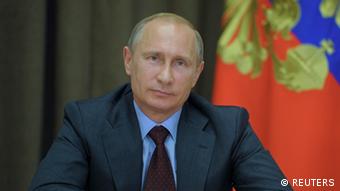 The drop in oil prices will have some very dark consequences

"Oil producing nations in both OPEC and outside the cartel are not backing down on near-term production, so ... companies are talking of cancelling or postponing investments in future production. Goldman Sachs report ... nearly $1 trillion is now at risk as oil-producing companies revise their project spending," said David Elmes, head of the Global Energy Research Network at Warwick University.

Elmes said the social and political consequences were of serious concern.

"Political and social tensions arise in producing countries that depend on income from oil and gas. Vladimir Putin has warned of harsh economic times in Russia. Venezuela and Nigeria are under pressure, and people speculate just how long [oil-exports-dependent] countries can dig into their savings, when they need $70 to $100 per barrel to balance the books," Elmes said.

A higher oil price is crucial for a long list of countries that are primarily dependent on oil for export revenues and for government revenues. Those countries include Russia and Iran, Saudi Arabia, Kuwait, Iraq, the United Arab Emirates, Libya, Algeria, and Qatar, but also many African nations including Nigeria, Angola, Gabon and Equatorial Guinea, as well as Latin American countries - particularly Venezuela and Ecuador.

Mexico, Brazil, Canada, and several other countries will also be significantly affected, although their economies and exports are much more diversified. 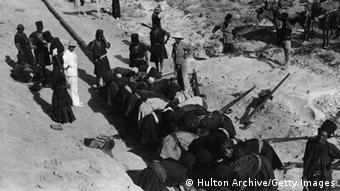 An oil pipeline in Iran, 1919. The US and UK have long influenced Middle East politics in a drive to control oil supplies

Geopolitical aims are in part responsible for the oil price plunge

Analysts speculate that US Secretary of State John Kerry, who visited Saudi Arabia and other Gulf states in summer, may have pressed the Gulf Arab oil states to overproduce oil in order to depress global oil prices and thereby weaken Russia - and Iran.

Iran and its Shiite Muslim state religion is regarded by Saudi Arabia, the main home of Sunni Muslim orthodoxy, as its main geopolitical adversary. The two countries are among the countries engaged in a proxy war in Syria and Iran, backing opposing sides in the regional civil-sectarian war. Russia is also engaged - on the side of Syria's Assad regime, and therefore on the same side as Iran. These factors give the Saudis an incentive to make life difficult for both Iran and Russia.

Jason Furman, chairman of the US White House's Council of Economic Advisors, on Tuesday expressed satisfaction at the impact of low oil prices on Russia.

"They are between a rock and a hard place in economic policy," Furman said. "The combination of our sanctions, the uncertainty they've created for themselves with their international actions, and the falling price of oil has put their economy on the brink of crisis."

Dollar vs. rouble: two oil-backed currencies aimed in opposite directions

The Russian rouble has declined sharply in tandem with the oil price in recent months - because the rouble is, in effect, a petro-currency. The large majority of Russian government revenues come directly or indirectly from oil and gas sales. 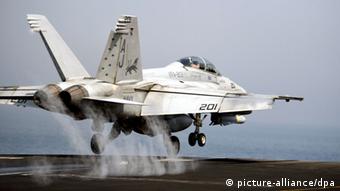 A US jet takes off from the aircraft carrier USS George H.W. Bush on a bombing mission against "Islamic State" targets in Iraq - a knock-on consequence of earlier US interventions in the oil-rich region

Oil prices are of global strategic importance. The US provides Saudi Arabia, Kuwait, the United Arab Emirates and other Gulf Arab regimes its military protection, in exchange for a commitment on their part to accept exclusively US dollars in trade for oil.

As a result, $100 will buy more oil when the oil price is low than when it is high. That makes the dollar more valuable, as measured in terms of the world's most valuable commodity. A lower oil price translates directly into a higher dollar exchange rate with other currencies. The global oil price is not the only factor that affect the value of the dollar, but it's an important one.

Saudi Arabia's oil is cheaper to produce than that of almost any other nation, and it has vast reserves. This enables the country to act as a "swing producer," making more or less oil in order to affect global oil prices, while still making a profit.

Analysts also have suggested that Saudi Arabia has an interest in driving US oil shale producers - who need oil prices upward of about $80 a barrel to be profitable - out of business. Accomplishing that would require an extended period of low oil prices.

Oil is trading at a seven-year high as strong demand faces off with supply troubles and waning inventories. For consumers reeling from high energy bills, more pain could be in store with the rally yet to run its course.

Sanctions on Russia won't work unless the world reduces its use of Russian oil and gas. But it's difficult to do this without also increasing prices. Middle Eastern oil producers could help. But do they want to?