Beijing announced the military activity shortly after a US delegation arrived in Taipei. Russia's aggression in Ukraine has renewed concerns around China-Taiwan relations. 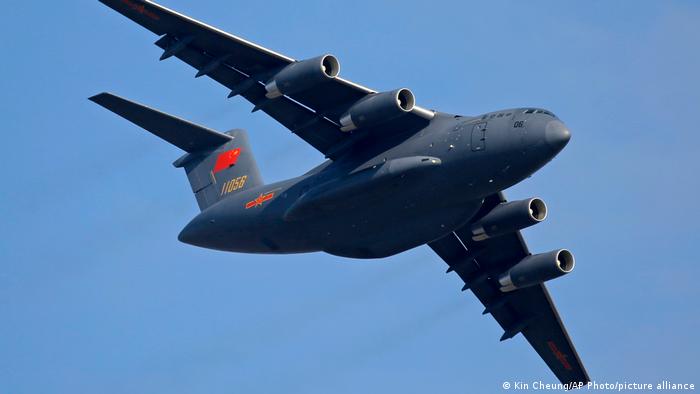 China held military drills around Taiwan on Friday, officials said, just hours after a high-level US delegation arrived for talks.

The Chinese army sent frigates, bombers and fighter planes to the East China Sea and held multi-arms joint combat readiness patrols in the sea and airspace around Taiwan, according to a government statement.

The move was intended to counter the frequent "wrong signals" by the US government, the statement read, not mentioning the visiting delegation.

"The US bad actions and tricks are completely futile and very dangerous," the statement continued. "Those who play with fire will burn themselves."

Taiwan islands wary of China after invasion of Ukraine

China and Taiwan split after a 1949 war, but Beijing claims ownership of the self-governing island and seeks to annex it to mainland China.

Provocative drills to show strength are a regular tactic from Beijing but Taiwan has complained of stepped-up military activity in the past two years, including almost daily air force flights into Taiwan's air defense zone, but not close to the island itself.

The Taiwanese military commenced new drills this week. Some 15,000 reserve soldiers were taking part in intensive, live-fire simulations that will run through most of 2022.

The US is Taiwan's biggest unofficial ally and has ramped-up weapons sales to the island in recent years. 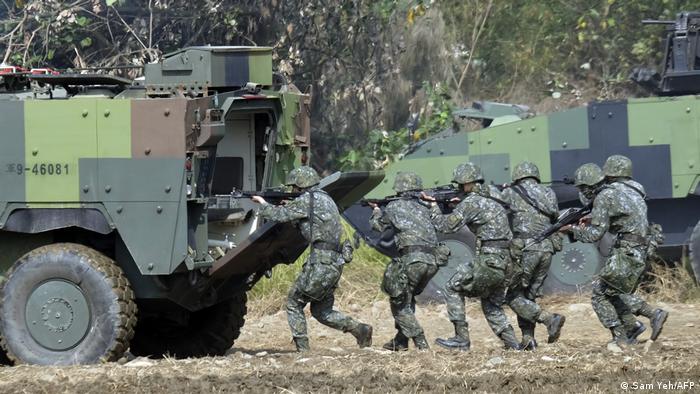 The US has maintained unofficial relations with Taiwan to Beijing's ire

US visit a strong signal to China

Visiting Senator Robert Menendez of New Jersey said that the security of Taiwan is of "global impact" as the biggest producer of semiconductor chips used in cars and phones. It's the second top-level US visit in two months.

Russia's invasion of Ukraine proves "democracies must bolster their alliances and collectively we can defend ourselves from the threats posed by authoritarian nations that seek to disrupt regional peace," Taiwanese President Tsai Ing-wen said at the talks.

Carolina Senator Lindsey Graham who led the group of six said China's provocations and support of Russia's war in Ukraine have united the US behind Taiwan.

"We're going to start making China pay a greater price for what they are doing all over the world," Graham told President Tsai. "We will stand with you."