The latest crackdown against over a dozen lawyers and activists was reportedly linked to a gathering in the city of Xiamen, where participants discussed China's democratic transition. Rights groups slammed the arrests. 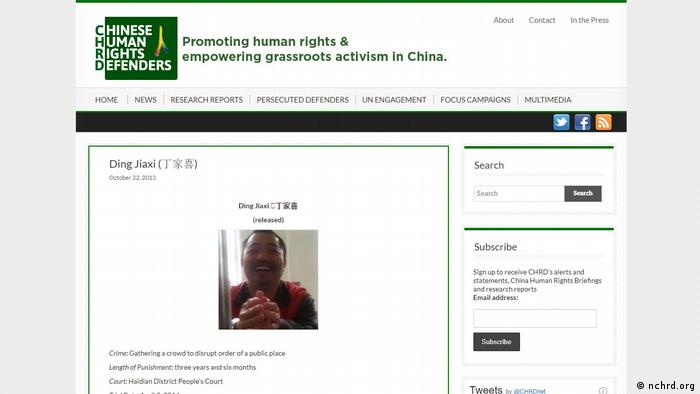 More than a dozen Chinese lawyers and activists are reportedly missing or were detained by authorities in the final days of 2019 as part of the Chinese government's year-end crackdown on pro-democracy campaigners.

Human rights groups said Thursday the latest crackdown was linked to a meeting in the eastern coast city of Xiamen in Fujian province, where participants discussed ways to transform China into a democratic country.

Human Rights Watch researcher Wang Yaqiu said the authorities chose the Christmas and New Year period to round up activists to minimize international media attention. "It is not a surprise that they chose this particular time to launch a manhunt of activists," Wang said.

The Xiamen gathering involved a small group of people "peacefully discussing politics in a private space," she added.

The space for civil liberties in China has severely shrunk since President Xi Jinping came to power in 2012, and rights activists claim that pro-democracy campaigners are routinely targeted in the communist country.

"This round of detentions and harassment is the continuation of the larger crackdown on civil society," Wang said.

"Chinese civil society faces continuous crackdown at the end of 2019. More than 10 activists and lawyer were detained or summoned within days," Phoebe Kong, DW's correspondent in Hong Kong, wrote on Twitter.

Among those detained by Chinese authorities was Ding Jiaxi, a Beijing-based disbarred lawyer, who was previously jailed for protesting against government corruption, according to China Human Rights Defenders (CHRD).

At least seven people, another disbarred lawyer Liu Shuqing, were released after being interrogated.

On December 30, a court in Chengdu sentenced Wang Yi, the leader of an underground Protestant church, to nine years in prison for "incitement to subvert state power."

The latest crackdown showed that the government has "zero tolerance of even just private discussion on issues like democracy and human rights," said Patrick Poon, a researcher at Amnesty International.