The world's largest book fair has celebrated its opening with calls from authors and EU politicians defending — and demanding — diversity in the book branch. The 2018 fair focuses on human rights amid a rising far right. 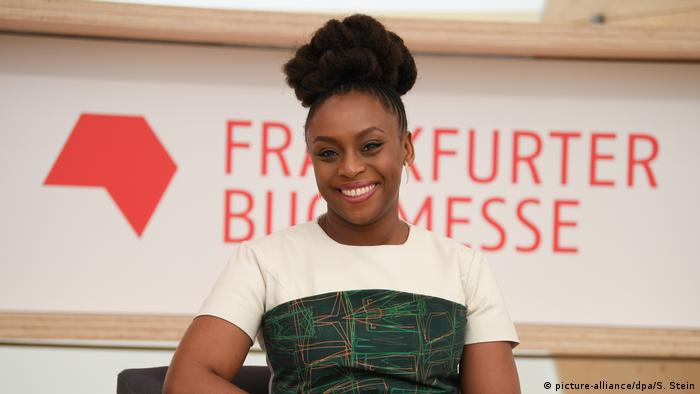 The 70th Frankfurt Book Fair, the world's largest, is expected to draw hundreds of thousands of visitors over its five-day duration from October 10 – 14. Its organizers have emphasized human rights in 2018 — a theme echoed by Steinmeier and others who spoke at the ceremonial opening the previous day.

At the fair's ceremonial opening on Tuesday, the head of the German Publisher and Booksellers Association, Heinrich Riethmüller, said that the branch "desperately" needed to grapple anew with human rights, adding that it also needed to find ways to win back lost readers.

As guest of honor at the opening press conference, Nigerian author Chimamanda Ngozi Adichie used her speech to call for more gender diversity in the book industry, both as authors and as characters in books. 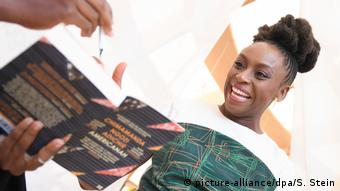 Adichie splits her time between Nigeria and the US. The prize-winning author was headed to London to receive a PEN award

Adichie also criticized how female book characters are often presented so that the reader has to like them.

The author rose to global fame with her book Americanah, and her TED talk, "We should all be feminists," has been viewed over five million times on YouTube.

In the shadow of the far right

The 2018 Frankfurt Book Fair takes place amid a rising global trend of far-right populism and questions of freedom of speech, which have also affected the book trade.

Adichie said her call for more diverse voices was not about being politically correct but about wanting to be precise.

The issue of right-wing authors and publishers, who often argue they are shunted aside thanks to hyper political correctness, was a major issue at last year's fair. It has already become a topic of debate at this year's event due to the placement of three right-leaning publishing houses in the expansive exhibition rooms. 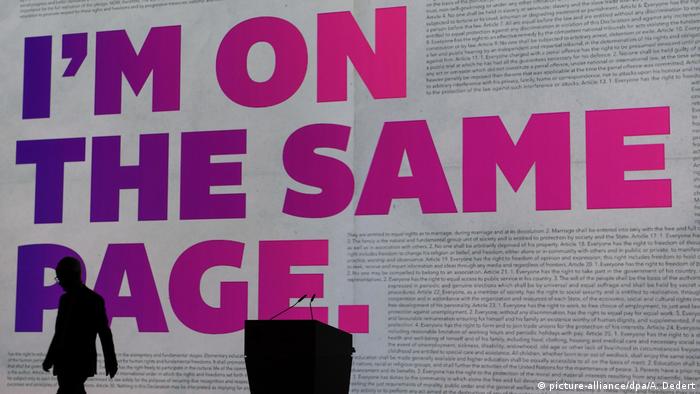 Controversial German politician Björn Höcke, of the far-right Alternative for Germany (AfD), is expected to be one of the many politicians to attend the fair. An event at the 2017 fair featuring Höcke was canceled after violent scuffles broke out.

Read more: The books, authors and controversy of the 2017 Frankfurt Book Fair

EU foreign minister Federica Mogherini was present at Tuesday's opening ceremony, where she emphasized the diversity of Europe and its inhabitants. No one has just one identity, she said, adding: "Diversity is a part of us."

Georgia's prime minister, Mamuka Bachtadse, also attended the opening celebrations. He underlined the strength of European influences on his country, despite its proximity to Asia. Georgia is the country of honor at the 2018 fair. Its culture, authors and literature will be showcased over the five-day event. France was honored last year.

Read more: My Europe: Georgia fights over its future 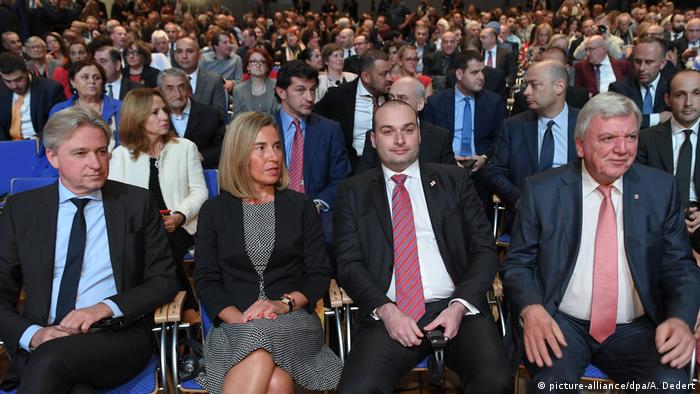 Top European politicians, including Mogherini (second from left) and Bakhtadze (third from left), spoke at the fair's opening

Around 7,300 exhibitors — from publishing houses to authors to literary agents — have displays at the 2018 fair. Featuring over 4,000 events, it bills itself as an important venue for socio-political events and constructive dialogue.

The fair is open to the general public on October 13 and 14. The first two days are reserved for professionals from the industry.

The German book market: Between crisis and hope

The book branch is in a crisis as fewer people are reading print and younger generations are turning to their smartphone. A look at the facts that show developments in Germany's book industry. (09.10.2018)

One of the most-coveted awards in German literature has gone to the author of Archipel. The novel tells the story of three families on the Canary Island of Tenerife from different social classes in Franco-era Spain. (08.10.2018)