The world's largest book fair drew a record number of visitors in 2017, as some of the world's biggest authors gave readings, lectures and signed books for attendees. It also closed with a bit of controversy. 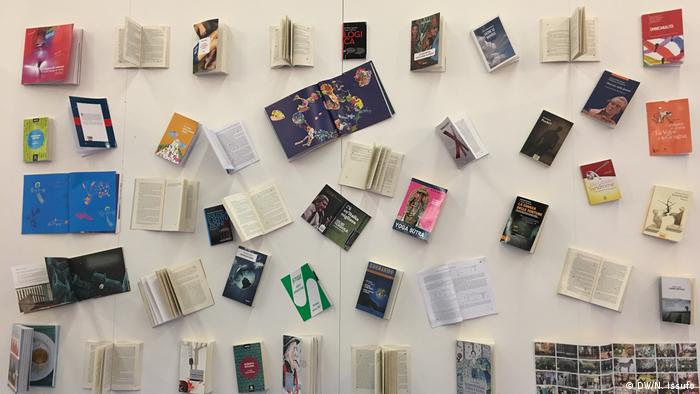 The world's largest book fair drew to a close Sunday after a week in which politics and digitalization were high on the agenda. With France as the guest of honor, the book fair opened with speeches by French Prime Minister Emmanuel Macron and German Chancellor Angela Merkel. 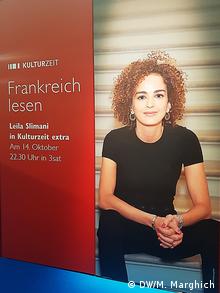 More than 130 literary stars from the Francophone world were on hand to discuss their books and to sell the translation rights. Among them were Leila Slimani,Edouard Louis and Michel Houellebecq.

Read more:8 French authors to check out at Frankfurt

Notable attendees from the English-speaking world included Ken Follett, Cecilia Ahern and Nicholas Sparks. Dan Brown, whose reading was held before an audience of over 1,800 people and simultaneously livestreamed, led an event so large it was unlike anything the book fair has done.

On Sunday, the book fair's closing day, Canadian author Margaret Atwood was presented with the Peace Prize of the German Book Trade for her body of work. Recognized for her bleak worldview that captures contemporary issues with poignancy, the 77-year-old author spoke at the Paulskirche about the importance of writing in a historically significant age.

"We don't know where we are. We don't even know exactly who we are," she said, referring to the political situation in the United States.

In the past, especially during the Cold War, she said, the USA symbolized freedom and democracy. That time has since past and the horror scenarios brought on my totalitarianism and portrayed in her 1985 novel, "The Handmaid's Tale," have taken on new urgency in that light. The book, she said, drew heavily on the Grimm Brothers' fairy tales; in the American edition, cover art includes two women dressed reminiscent of Little Red Riding Hood. That art has been carried over into filming as the book has been brought to life in an Emmy-winning television series.

Atwood was awarded the peace prize for her body of work. The board of the German Book Trade noted that she was chosen for her "humanity, justice and tolerance." 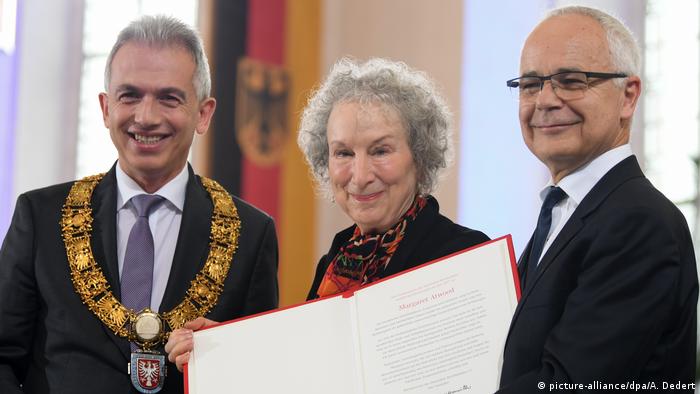 Tolerance on the agenda

The 2017 Frankfurt Book Fair was not without controversy, though, after the presence of a right-wing publishing house was announced ahead of the trade fair. In an op-ed for the local newspaper, Frankfurter Rundschau, Danijel Majic wrote in September that by allowing the presentation of far-right ideas, the company behind the Frankfurt Book Fair was giving a platform to neo-Nazis.

After several confrontations on Friday that resulted in violence, an event held by Antaios Publishers on Saturday was met by placard-carrying demonstrators. The event featuring controversial far-right Alternative for Germany (AfD) politician Bjorn Höcke ended after police were called in to separate the two sides .

Passing the baton to Georgia

As the fair came to a close, the 2018 partner country, Georgia came into the spotlight. In a press conference held Thursday, Mikheil Giorgadze, Georgia's culture minister, spoke about the nation's joy at the honor, which coincides with the centennial of the country's independence.

Juergen Boos, CEO of the Frankfurt Book Fair, noted that the unusual alphabet used in the Georgian language — 33 artfully written characters which have been declared a UNESCO world culture good — would be part of the focus in 2018.

"We want to make 'Georgia — Made by Characters' into a festival of Georgian literature, culture and creativity" he said. "Georgia looks back on a literary tradition of more than 15 centuries and a moving history. This cultural heritage continues to influence and inspire contemporary authors even today."

Organizers of the world's largest book trade fair say that their hygiene plan has been accepted, allowing the event to receive a large number of participants.