French author Edouard Louis: Why Macron will lead voters to the far right

France overlooks its lower class, Edouard Louis tells DW. The literary star defies his country's elites and social taboos with his autobiographical novels, including his latest, History of Violence — now out in English. 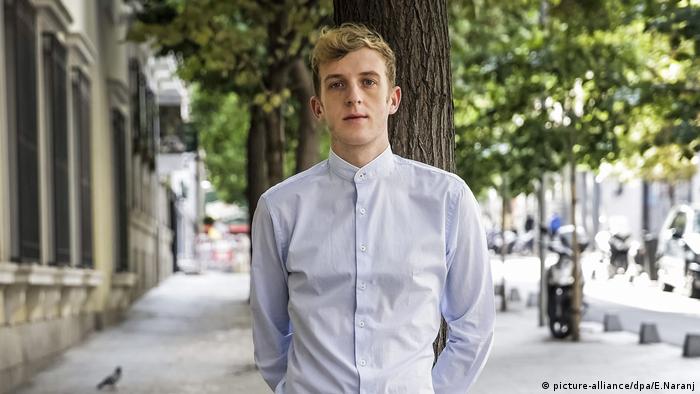 DW: Just like your first novel, The End of Eddy, your latest work, titled History of Violence, is also strictly autobiographical. Why?

Edouard Louis: The world is currently saturated with fiction; it's already structured by lies and fabrications. One of the reasons why people like Chelsea Manning and Julian Assange are persecuted is because they have showed us that governments are lying to us.

I am personally affected by the fact that these fictions are structuring our lives. That's why when I write, I believe it should be a space of resistance and therefore a space of truth. 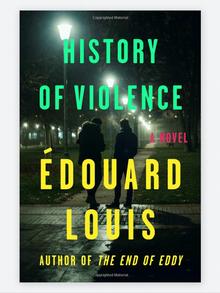 History of Violence: A Novel is available in English on June 19, 2018

In your second novel, History of Violence, you describe how you were raped by another young man. Wasn't it painful to describe this personal experience in detail?

Of course it was very difficult to write about the things I've experienced personally, but I also believe it's interesting because it's difficult. When I start writing, I ask myself: What cannot be said? What is too difficult to say? And that's what needs to be said. You can get rid of the rest, because it's not interesting.

History of Violence tells the story of a dramatic night. It started out as you brought a young man, the son an Algerian immigrant, to your place. What first promised to be a passionate encounter ended in violence, and almost murder…

The novel explores how passion could so quickly switch to destruction. It was impressive to realize how different forms of violence were suddenly [superimposed] at the same time: the violence of racism, of French post-colonialism, of social classes and of homophobia, because this person in my book – and therefore in real life as well – who raped me is someone who is gay, who is attracted to men, but who grew up in France, a very homophobic society. These multiple layers of violence are something I wanted to deal with as an author, as it's not being done in politics.

Read more: Taking on racism and hate speech in France

You also dealt with violence, racism and homophobia in your successful debut novel, The End of Eddy, in which you described how you left the poverty of a French village. 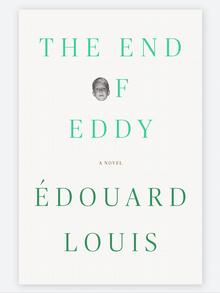 The End of Eddy describes a milieu which hasn't been given much consideration until now. The initial reaction from the Parisian publishers I had sent my manuscript to was, "We cannot publish this because it's too far-fetched; we can't believe such poverty exists." The lower class has completely disappeared from politics, from the arts and literature.

The End of Eddy caused quite a stir, and not only in France. At the time of its publication, the far-right Front National party was gaining ground in the country, and your novel became the book of the hour. What motivated you to write it?

When we talk about "France" these days, it does not include my parents and the people of the lower working class. This deep sense of injustice pushed me to write the book. It's more than a form of invisibility; it's a very violent form of exclusion, because readers weren't even aware that the characters I described in my books actually existed.

These people who I've known since my childhood are pained by this invisibility and take revenge. They vote for the far right, for the Front National. It's their way of saying, I exist! That's why I want to make them visible. Authors should always ask themselves: What is absent in literature?

When Emmanuel Macron beat Marine Le Pen's Front National in the French election, the new president was seen by many as a new hope, as someone who could lead France out of its crisis. Why are you personally critical of him?

Unfortunately, Emmanuel Macron's victory is actually a victory for the Front National on the long term. If you look at the history of the far right in France and in Germany, the Front National and the AfD are parties that emerge from social humiliation, from the violent exclusion of social classes. 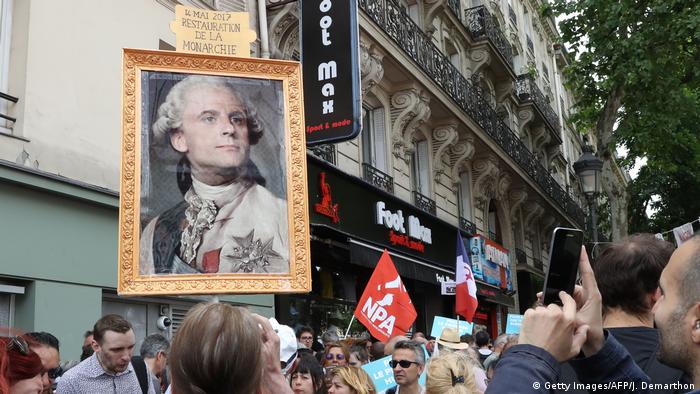 Criticized for his reform policies: French President Emmanuel Macron depicted as a monarch at a demonstration

And in a way, that's what Emmanuel Macron embodies. He embodies this ultra contemptuous, ultra elitist technocratic bourgeoisie. It's people like him that lead people to adhere to the Front National and to the far right.

The apparition of Emmanuel Macron in French politics represents "the end of shame," because all of a sudden politicians feel they can openly insult the poor.

As part of the interdisciplinary arts show, the DNA of whistleblower and transgender activist Chelsea Manning has been used to create an exhibit of "possible portraits" that challenge gender and racial stereotyping. (31.01.2018)

A teenager sang a few lines of a Socialist song before asking the French president: "How's it going, Manu?" Monsieur Macron was not amused. (19.06.2018)

Auction house Sotheby's is selling some of Marcel Proust's correspondence, in addition to his manuscripts. The author most famous for his monumental work, In Search of Lost Time, also wrote some 90,000 letters. (24.05.2018)

Speaking at the opening gala of the Frankfurt Book Fair, Emmanuel Macron and Angela Merkel have promised to foster cultural exchange and European unity. The leaders appealed to tolerance and diversity. (10.10.2017)

Successive governments have tried to find answers for France’s disaffected banlieues — a code word for the high-crime suburbs that surround Paris. Can French President Emmanuel Macron succeed where others have failed? (18.05.2018)

The sold-out world premiere of a ballet about the life of famous dancer Rudolf Nureyev has been canceled at the last minute. Was the decision politically motivated? (11.07.2017)

French-Moroccan novelist Leila Slimani nabs France's top literary prize, the Goncourt, with her book about a nanny with a deadly agenda. (03.11.2016)

This year’s Frankfurt Book Fair is casting a spotlight on Canada - not just its French and English-speaking authors, but its indigenous literature too. Authors from Canada's first nations are using the chance to share their stories.