A teenager sang a few lines of a Socialist song before asking the French president: "How's it going, Manu?" Monsieur Macron was not amused. 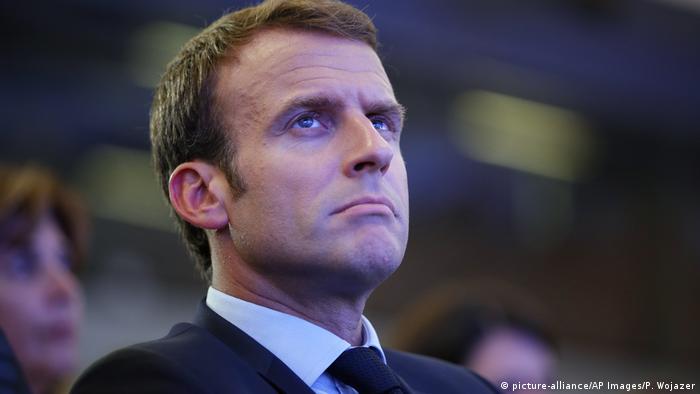 French President Emmanuel Macron scolded a teenage boy on Monday after he addressed the 40-year-old leader as "Manu," a common French nickname for Macron's first name.

As Macron shook hands with bystanders, the boy sang several lines from the Socialist anthem "The Internationale" before asking the president: "How's it going, Manu?"

Read more: Macron needs to shed his image as president of the rich

"You're here, at an official ceremony and you should behave," Macron said. "You can play the fool, but today it's the Marseillaise, the Chant des Partisans [French Resistance song].

Macron lectures teenager: 'You need to do things the right way'

Macron, appearing to respond to the boy's rendition of The Internationale, ended the lecture with some revolutionary advice.

"You need to do things the right way," he said. "Even if you want to lead a revolution one day, you've first got to earn a diploma and learn how to put food on the table."

Critics have denounced the centrist president for occasionally using blunt and condescending language and failing to show compassion for the poor.

Last week, his office shared a video in which he said the French were spending a "crazy amount of dough" on social welfare programs.

In the run up to the 2017 presidential election, Macron told a factory worker who had accused him of being a man in a suit that the "best way to pay for a suit is to get a job."

Read more: Opinion: Macron the Messiah is still learning to be president