Margaret Atwood's "political intuition" has been honored by the German Book Trade, with the publishing trade body awarding the Canadian author its annual peace prize. It will be presented at the Frankfurt Book Fair. 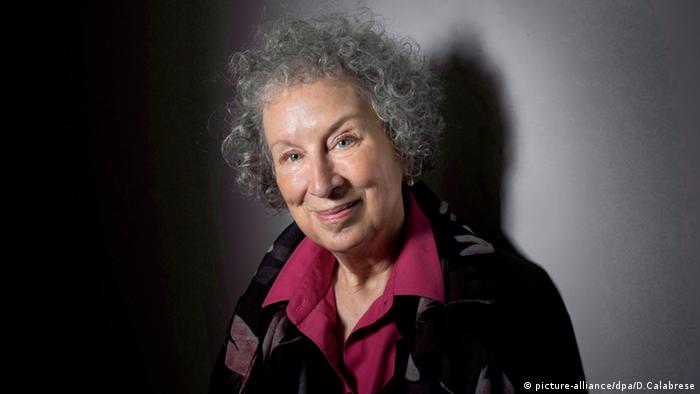 Margaret Atwood is the latest literary luminary to receive the 25,000-euro Peace Prize of the German Book Trade, it was announced Tuesday in Berlin.

The author of more than 40 books of fiction, poetry and critical essays, Atwood has already won numerous international prizes, including the Man Booker Prize in 2000 and this year's Franz Kafka Prize. Her diverse body of work has been translated into more than 30 languages.

Atwood is best known for novels including the dystopian feminist classic "The Handmaid's Tale," now a major TV series, and "The Blind Assassian," for which she won the Booker.

She was awarded the Peace Prize for her "political intuition and clairvoyance when it comes to dangerous underlying trends and currents," said the head of the German Book Trade, Heinrich Riethmueller.

'Supposed normality can turn into inhumanity'

The 77-year-old, Toronto-based author is renowned as one of the most important narrators of our time - and of the repercussions for the future.

"By closely observing human contradictions, she shows how easily supposed normality can turn into inhumanity," the German Book Trade board of trustees, which adjudicated on the award, said in a statement. "Humanity, justice and tolerance shape Margaret Atwood's approach to the world." 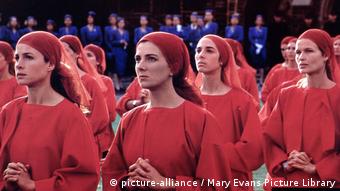 Scene from the film adaptation of Margaret Atwood's "The Handmaid's Tale"

Since 1950, the German Publishers and Booksellers Association has gifted the peace prize - which is comprised entirely of donations from booksellers and publishers - to those who "reflect the German book trade's commitment to the promotion of international understanding."

In 2016, the recipient of the prestigious prize was German journalist and author Carolin Emcke, who has written and reported widely from war zones and crisis regions.

The 2017 award ceremony will take place on October 15 at the Paulskirche in Frankfurt am Main - the site where the Frankfurt National Assembly was formed in 1848 at the height of the democratic revolutions. October 15 also marks the final day of the Frankfurt Book Fair.

At the tail end of her latest international book tour, Canadian-born author Margaret Atwood told Deutsche Welle about her most recent novel, "The Year of the Flood" - and hand-setting her very first publication. (23.03.2010)