Anyone who writes a book is an optimist, says author Margaret Atwood | Culture| Arts, music and lifestyle reporting from Germany | DW | 23.03.2010

At the tail end of her latest international book tour, Canadian-born author Margaret Atwood told Deutsche Welle about her most recent novel, "The Year of the Flood" - and hand-setting her very first publication. 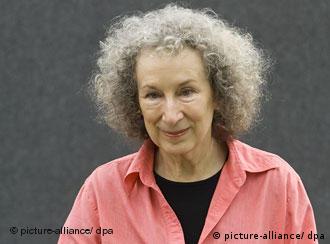 "The Year of the Flood" is a futuristic account of the aftermath of a major natural disaster that seems to have obliterated most of humankind. Adam One - the leader of a religious group that melds science, religion and nature - had predicted such an event. After it happens, he and his followers regroup in a world that is altered and unpredictable.

Born in 1939, Atwood has published short stories, critical studies, screenplays, books for children, and poems, but is best known for her novels. Her work has been translated into over 30 languages.

Click on the audio link below to listen to the complete interview with Margaret Atwood.

Deutsche Welle: You lived in Germany in the 1980s. What did you experience during that time?

Margaret Atwood: I came to Germany for the very first time for my German publisher in the 70s. Then, as it turned out, in 1984, I began "The Handmaid's Tale" in Berlin before the Wall came down. I began it in Berlin, I finished it in Tuscaloosa, Alabama, which is quite a contrast. But both of them were situations that had built-in stresses, because West Berlin at that time of course was encircled by the Wall and every Sunday the East German air force flew over and made sonic booms, just to remind us that they were there. (…)

Now in Germany you're presenting your new book "The Year of the Flood." How significant is it that this book was finished in the year of your 70th birthday? 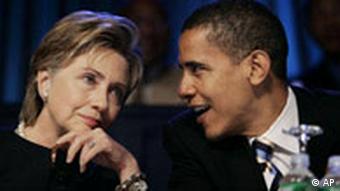 It was actually finished a year earlier. The publication was postponed for a year because if it had been published in 2008, it would have coincided with the American election and the American publisher quite rightly said, nobody is going to be doing anything except watching this election because whether it's Hillary Clinton or Barack Obama, it'll be unprecedented and everyone will be glued to their screen, which they were.

I started to think a lot about your childhood when I was reading this book - the experience of being in a forest and the work of your father.

Yes, he was an entomologist, but he was also an all-around naturalist and what they call in Canada woodsman. In other words, he was very experienced in what we call "the bush." (...)

I would be very scared if this latest book of yours is a prophesy about the future.

First of all, it's not a prophesy because I don't do prophesies; no one can really predict the future. Even the Old Testament prophets weren't predicting the future, they were more or less saying this is the state of your soul now. You can't really write about the future because nobody has been there. It's like Dante writing about the Inferno. I hate to break this to you, but he did not actually go down into hell. (…)

Are you an optimist about the future? This book tells us about environmental devastation, which we hear about every day in the news. 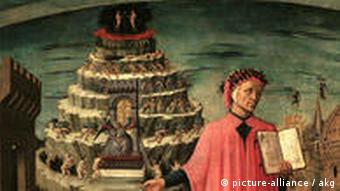 It's not actually about that so much. The truth is, if you remove the people, nature comes back quite well, which is where we are when the book opens. There's quite a lot of nature. It's not that all of nature gets destroyed. (…) As William Gibson says, the future is already here, but it's unevenly distributed. Some people say global warming, but really they should say climate change because the weather gets more extreme. Things change. It's not that everything goes away, but things change. And if they change too abruptly, what you get is a lot of die-off.

What's really scary in this book is not that so much, although that's a motivator, but what's scary is that we can make new species. We already can make new species, and we're doing it. But the really scary thing is we can make new diseases. We already have that capacity. Why has not some country made a disgusting new disease and unleashed it on everybody else? They're afraid of the blow-back. There's no way of doing that without the possibility that your country will get it too, with things being so very spreadable. (…)

What a lot of people don't know is that your first publication was actually a book of poems.

Yes, but it wasn't the first thing I wrote. I was actually writing the prose and the poems at the same time. It was just that in those days, in Canada, where it what almost impossible to publish a full-length novel, poems were a lot cheaper, they were shorter. And typically you started out writing them off on a mimeo machine or putting together a little cold type book or hand-setting them, which is what I did with my first little booklet of poems - I hand-set them on a flatbed press. Try hand-setting a novel on a flatbed press! (…)

Would I be right in assuming that Margaret Atwood is an optimist?

Anyone who writes a book is an optimist. No matter what the content. The optimistic thing about this thing is: It's a book. It hasn't happened yet. Keep it inside those covers.

Ahead of a stop at Cologne literary festival LitCologne, best-selling Scottish crime novelist Ian Rankin spoke with DW about crime writing versus literary writing - and why they're not so different after all. (18.03.2010)