An extraordinary case of child marriage in Yemen has highlighted the rising number of forced, underage weddings. In rare instances, women have managed to fight back, reports Safia Mahdi from Sana'a. 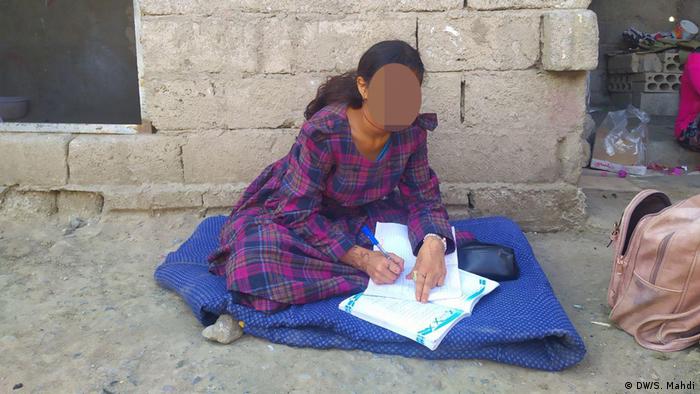 When 12-year-old Hind visited her father in jail a few months ago, he told her she was to marry a fellow inmate. Her groom, 30, had been sentenced to death for drug smuggling and possession, but they would get married anyway, she was told.

When Hind's mother managed to get a court order cancelling the marriage contract, her story became one of the rare cases of reprieve in Yemen, where the rate of child marriage is rising rapidly.

There is still no clear law regulating the minimum age for marriage in Yemen and many girls are forced to marry at ages considered too young to allow for their consent.

The ongoing war, that began in 2014, is one of the main drivers contributing to the climbing numbers of child marriages, according to a recent statement by a UN Security Council working group.

One case among many

Hind is not the only one in her family to have been forced to marry at a young age by her imprisoned father, her mother told DW from their modest two-room apartment on the outskirts of Sana'a.

One of her sisters, Sabrin, was married off by her father to another inmate. After the wedding she fell ill — and pregnant. Prisoners in Yemen are allowed weekly visits by their wives.

Another of Hind's sisters, Wadad, was also forced into marriage while still a child and already has two children of her own. 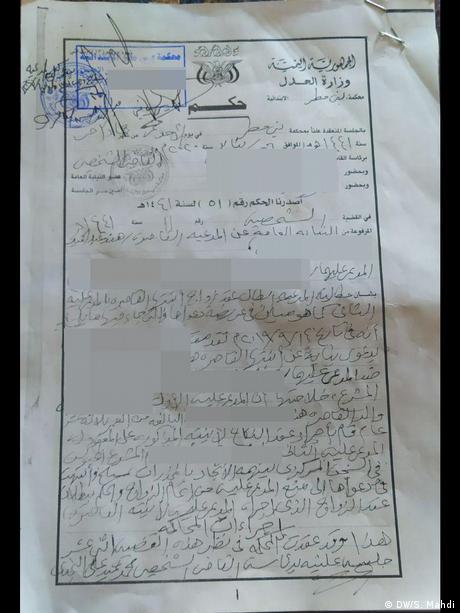 Document of freedom: the judgement that overturned Hind's wedding contract

But even after winning the case to have the contract overturned, Hind's jilted groom threatened the mother via text message that he would take her daughter "by force" if Hind did not come to see him in prison soon. Their story has struck a chord among Yemenis.

Debate over child marriage is not new in Yemen, or the broader region. But on top of social tradition, the conflict in Yemen has exacerbated conditions that have seen a rapid rise in the practice.

Underage marriages are often justified by claims to tradition or supposed religious reasons. In recent years, some countries in the region have been backsliding after previously passing strong legal measures against them.

Yemen's chronic poverty, compounded by the war, has led to a worsening of the situation. Around 24 million Yemenis are dependent on humanitarian aid and educational programs aimed at preventing child marriages have been postponed or dropped altogether.

In 2017 the UN's Office for Coordination of Humanitarian Affairs (OCHA) reported that 52% of Yemeni girls and women had gotten married before the age of 18.

Between 2017 and the next year, the OCHA reported a threefold increase in under-18 marriages. In the face of increasing poverty, parents either can't afford to care for the children or believe a husband's family can offer better protection, the United Nations Children's Fund reported.

Read more: German doctor in Yemen: 'Every day I hear shooting outside'

Accurate statistics are difficult to collect amid the conflict. But Ahmed al-Qurashi, president of Yemen's Seyaj Child Protection Organization, confirmed the increase in child marriages since the war began, citing a breakdown in governance as a major cause.

Yemen has no central authority that enforces children's rights. Courts, prosecutors and police no longer carry out their duties in most regions of the country, particularly in rural areas where child marriage is more common, Qurashi said.

High rates of poverty, a lack of opportunities, falling salaries and a high level of corruption in humanitarian aid circles also contribute to the problem, he said.

"It is with great concern that we observe violations and practices that violate children's rights," Qurashi said. "The lack of protection for victims makes it all the more serious."

Women suffer disproportionately from such circumstances, with traumatic consequences.

Most girls married at a young age find it extremely difficult to escape their husbands. But Manal, who was forced to marry a man 20 years older than her when she was just 13, managed to get a divorce.

After her wedding, every day became more difficult to bear, she said. "The older I get, the more I come to feel how cruel this experience was. It was a lost time." 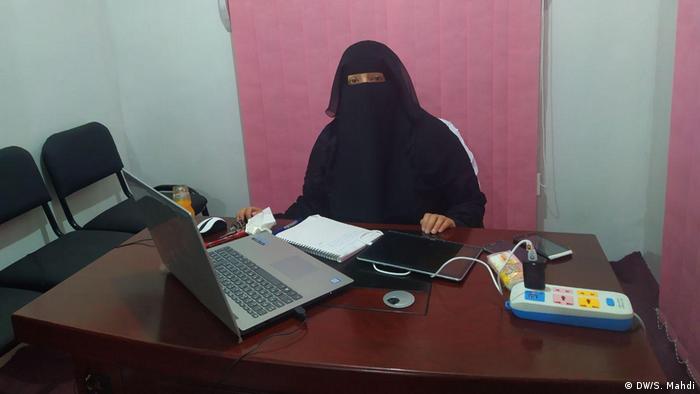 Yemeni psychologist Balqees Abu Lahum stressed the consequences such marriages can have for the young brides forced to have children.

Many are so young that they don't live through the birth, while those who do survive suffer psychological problems which they pass on to their children, Abu Lahum said.

Most important in addressing the situation is girls' access to education, she said, as well as further efforts to raise awareness in society.

Above all, however, it is essential to set a minimum legal age for marriage, Abu Lahum said. But with the country divided and the war entering its sixth year, Yemen still lacks a functioning government that could pass and implement such a law.

Yemen's Southern Transitional Council has announced it seeks to govern Aden and surrounding provinces, and has distanced itself from its former ally Saudi Arabia. A new proxy war could be on the horizon. (29.04.2020)

After the first case of COVID-19 was detected in Yemen, authorities and humanitarian aid organizations fear that the war-torn country will not be able to withstand yet another humanitarian disaster. (17.04.2020)