After the first case of COVID-19 was detected in Yemen, authorities and humanitarian aid organizations fear that the war-torn country will not be able to withstand yet another humanitarian disaster. 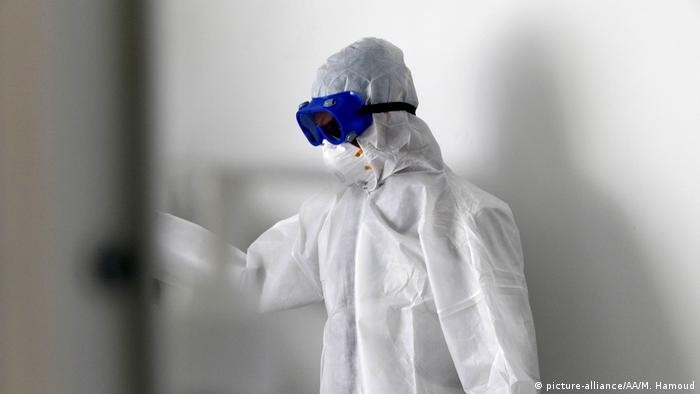 The first official case of COVID-19 in Yemen was reported on Monday. When a 60-year-old port worker in the eastern province of Hadramout tested positive, the information rapidly spread around the country and triggered panic in the capital, Sanaa.

This is where Hind Mohamed lives with her family. She and her relatives have decided to only leave the house to run essential errands.

She told DW that until recently, the family had been worried about her older brothers who live abroad. One of them works in another Arab country, and the other is a student in Europe.

"It used to be that my two brothers were safe because they were abroad," she told DW, pointing out the irony. "They used to call us because of the war and the worsening health care situation. Since corona, we've been worried about them more!"

Now, they're worried about themselves as well but still optimistic. "We barely leave the house and right now the situation still seems less dangerous than abroad."

But international NGOs fear that Yemen's situation is about to change. 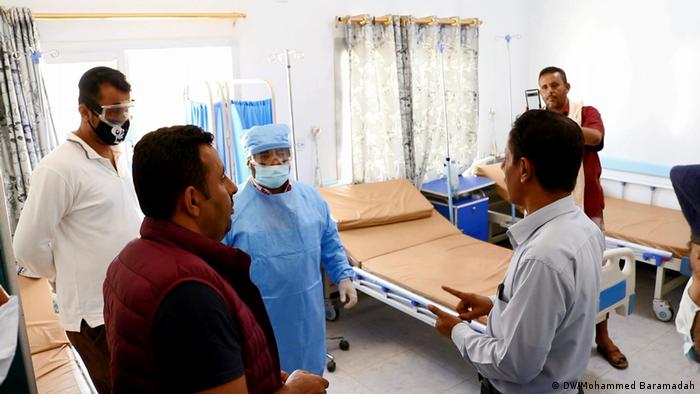 Lisa Grande, the UN humanitarian coordinator in Yemen, has warned the country will struggle to fight a pandemic that could have even more serious consequences than in other countries.

Already devastated by civil war, malnutrition, cholera and other diseases, Yemen does not have the resources to withstand a highly-contagious virus that has even some of the world's richest countries struggling.

Last month, the United Nations called for a cease-fire in an attempt to avoid an even greater humanitarian disaster and put an end to a civil war that has raged since 2014. The Saudi-led international coalition, which supports the internationally recognized government whose temporary seat is in the port of Aden, agreed to a two-week cease-fire. The position of the Iran-backed Houthi rebels, who have controlled Sanaa since 2014, remains unclear.

There are already over 3.6 million displaced persons within Yemen. According to the UNHCR, the UN Refugee Agency, some 24 million Yemenis, around 80% of the population, are dependent on humanitarian aid.

Yet the World Food Program, the food assistance branch of the UN, has been forced to cut its aid by 50% because it simply does not have enough funds. From this month onward, families will only receive aid once every two months instead of monthly.

The health system has also collapsed. There have been over 2.3 million recorded cases of cholera since 2017 and there are few resources to fight another disease.

Ill-equipped for an outbreak

"Until recently, Yemen was one of the last countries in the world with no detected cases of the coronavirus," Claire Ha-Duong, Doctors Without Borders head of mission in Yemen, told DW. "This can be attributed to the lack of testing capacity in the country. The virus has probably been in Yemen for some time already but was not detected."

"It is impossible for the country to prepare itself for the epidemic as it does not have personal protective equipment nor the appropriate tests," she added.

Youssef al-Hadri, a spokesman for the Houthi-affiliated Yemeni Health Ministry in Sanaa, confirmed this, telling DW that the war and sanctions had led to a shortage of medical equipment. He said there were currently only 3,000 test kits in the country, in equal numbers in Sanaa and Aden. "We've already used several hundred," he said. 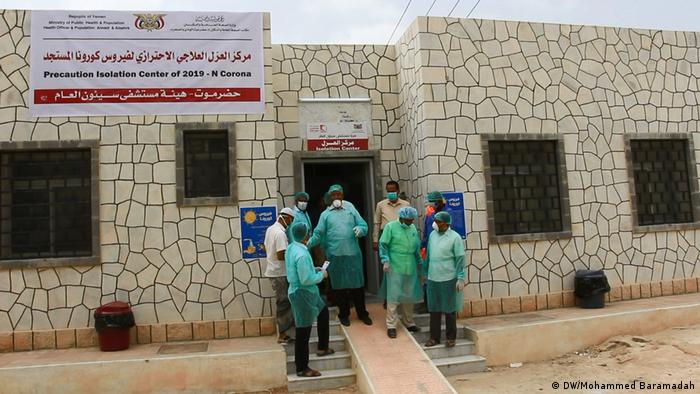 "We've tested people coming in from abroad as well as people who are justifiably suspected of being infected."

However, he insisted that the country was prepared, however, despite certain shortages.

"We have been in contact with the authorities all over the country for weeks," explained Ha-Duong, saying that Doctors without Borders was working with both warring parties. She said that the NGO was helping to build treatment centers in Sanaa and Aden.

She added that it was also providing assistance to hospitals in 13 of the 22 governorates of the country. "We're going to try to do everything we can to support the authorities in the coming weeks. But our capacity is restricted without more staff and material."