Twelve African heads of state are meeting with Chancellor Merkel in Berlin to take stock of the G20 "Compact with Africa" initiative. Merkel said the project puts African countries and the West on an "equal footing." 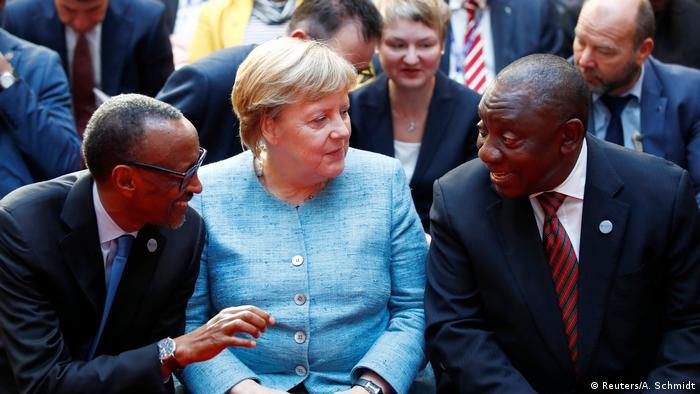 The impact of the G20 "Compact with Africa" can already be felt on the continent, German Chancellor Angela Merkel said at a Berlin summit with leaders of 12 African nations on Tuesday, praising the German-led initiative launched last year.

"The point wasn't just talking about Africa, but with it," Merkel said as she addressed the conference. "The Compact with Africa follows a different, a new approach – it is about an equal footing type of partnership, aiming to be long-lasting and benefit all equally."

"Apart from strengthening Africa as a location for investment, it is also important to establish fair trade relations between Europe and Africa," according to Merkel.

The meeting is dedicated to evaluating the effects of the large-scale G20 project, launched under Berlin's presidency of the group to boost African infrastructure and the economy. Egyptian leader Abdel-Fattah el-Sissi, Rwandan leader Paul Kagame and Ethiopian Prime Minister Abiy Ahmed Ali are also attending.

"This conference here expresses the fact we want to live and breathe partnership and cooperation," Merkel said.

Ahead of the summit opening, Germany's development minister, Gerd Müller, said that Germany would invest in health care, agriculture and education in Africa.

With the Compact with Africa project, Berlin also hopes to curb migration to Europe by offering young Africans jobs in their own countries. Around 90 percent of refugees from African countries actually stay on their native continent, according to Müller. 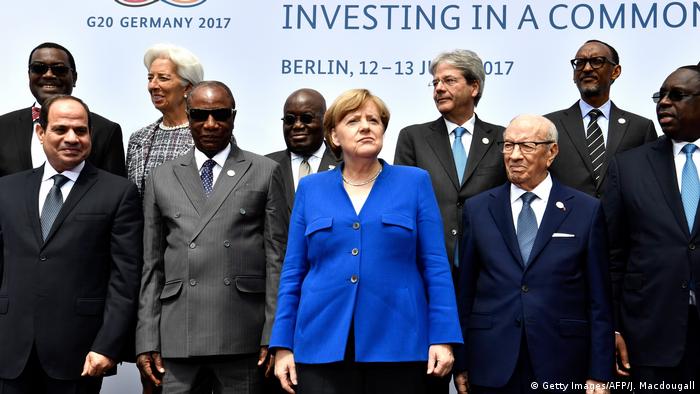 Despite optimistic messages, Merkel's meeting with African leaders appears to be a rerun of a last year's summit, which involved representatives of the same countries. The Tuesday message is the same as back then: Africa and Europe should work together more closely on economic issues. This should make Africa more prosperous; the number of migrants would drop, and Germany's economy would also benefit.

Commitments are not meeting needs

Last year, the Compact with Africa was launched with considerable fanfare. Ingo Badoreck, the general secretary of the Deutsche Afrika Stiftung [German Africa Foundation: DAS], said the Compact is in fact a good initiative.

However, he also acknowledged that the initial euphoria has faded. "The Compact created a certain level of expectation in Africa: 'If we enter into the Compact, we will see large-scale domestic and foreign investment.' People are now being confronted with the reality that it's a long process that's going to take years," Badoreck told DW.
Germany and other partners are supporting the initiative with technical expertise and money – and are also encouraging companies from their respective countries to get involved in Africa. So far, according to information from the finance ministry, foreign investors have committed around €243 billion ($277.61 billion) to the Compact countries — but a study has shown that €537 billion are needed simply to provide electricity and water for all by 2030.

Investors are not queuing up

In Germany, too, progress is slow. The federal government has improved security for German companies that want to invest in Africa. When Chancellor Merkel went to Nigeria, Senegal and Ghana in August, she had a large business delegation in tow. Some firms announced new projects in Africa; Bosch, for example, is setting up a medical packaging facility, Voith a solar power plant, and Volkswagen has built a manufacturing plant in Rwanda. Familiar names also predominate at Tuesday's conference; many, such as Allianz, Siemens or MAN, were already active in Africa before the Compact. 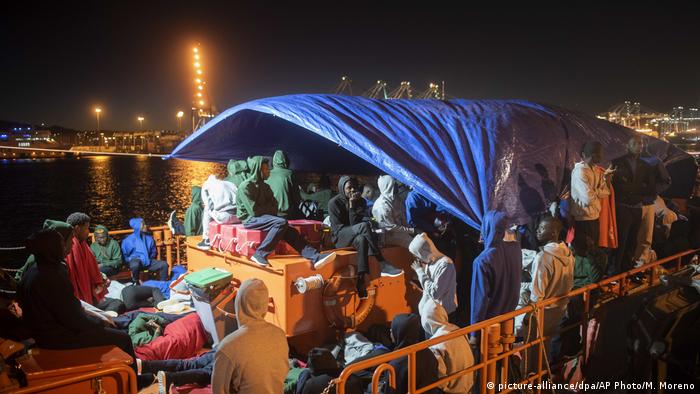 The migration crisis galvanized Berlin into strengthening its Africa policies

There is also the question as to who benefits most from the additional investment in the Compact countries — the local people or the foreign companies? Tutu Agyare is a Ghanaian businessman. "Anyone wishing to do business on the continent should be prepared to invest in technical training, technical expertise and some technology transfer," he told DW. "Five or 10 years from now, these are things we should be able to do in partnership, or even independently."

Agyare praised the initiative that is encouraging African countries to introduce reforms. His point is that it's not only Africa that needs to bring changes. "The issues around trade, the subsidies given to farmers in the West, which mean that we cannot develop our agricultural industry because we're having food dumped on us; or the quota system which exists for finished products, which means that even if we develop finished products, we cannot sell them competitively — those are conversations we need to have, and they are better had in Europe than in Africa," he says.

Merkel pushes for investment to curb migration in Africa tour