Carnival float makers under investigation in Germany for racist symbols

Two parade float organizers are being probed by authorities for allegedly inciting hatred against refugees. One included the words "the plague is coming," referencing the refugee crisis. 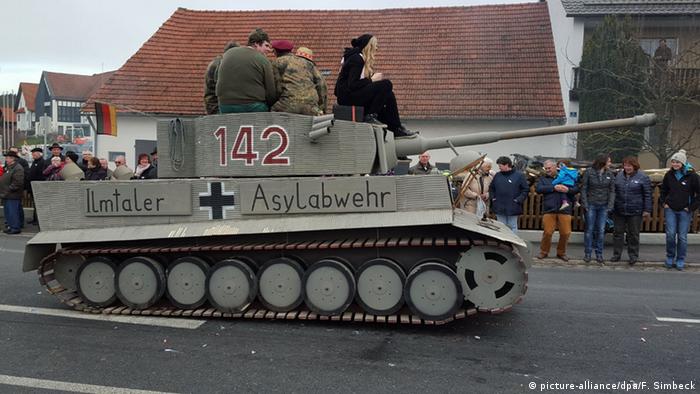 German authorities announced that amidst the revelry of Carnival Monday across the country, the creators of at least two parade floats were under investigation for inciting racial hatred. While past celebrations have seen floats take on politically tense themes, criticism of Berlin's handling of the migrant crisis may have crossed the line this year.

One of the incidents under police inquiry occurred in the Bavarian town of Steinkirchen by Pfaffenhohen on Sunday. Some 500 townspeople who gathered for the annual Carnival parade were treated to the scene of an army tank, bearing a black cross reminiscent of Nazi symbolism and bearing the words "Asylum Defense Force."

Parade organizers in Steinkirchen however, insisted that the float was tongue in cheek and that refugees had even taken part in the celebrations. However, the organizer of the float in question told a local newspaper "I don't want us to have to change here in Germany. I like things how they are."

'The plague is coming'

The second legally questionable float from the eastern town of Wasungen showed a train with "Balkan Express" written on it, above the slogan "the plague is coming," surrounded by parade marchers wearing locust costumes.

Local authorities are determining whether this falls into the category of free speech or if the float makers can be prosecuted for inciting hatred against migrants.

A third creation that garnered ire on social media across Germany was one made in the shape of a teepee with the words: "The Native Americans were helpless in the face of immigration. Today, they live on reservations."

Carnival floats are known for inciting controversy, from one this year in Düsseldorf portraying the Alternative for Germany (AfD) party as Nazis, or last year's Chancellor Angela Merkel complete with Hitler mustache or Vladimir Putin displaying a Crimea-shaped bicep.

Authorities are carefully monitoring anti-immigrant sentiment, however, as crimes against refugee homes increased fivefold in 2015 as compared to the year before. 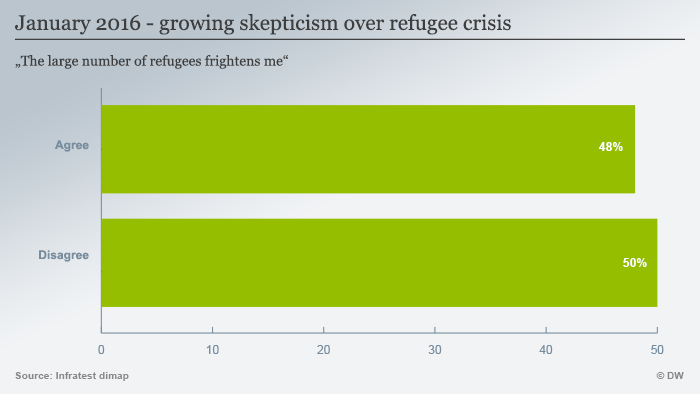 Cologne's Carnival parade will take place on "Rosenmontag" despite weather experts forecasting heavy thunderstorms. The intense low-pressure system Ruzica, however, led other cities to call an early end to festivities. (07.02.2016)