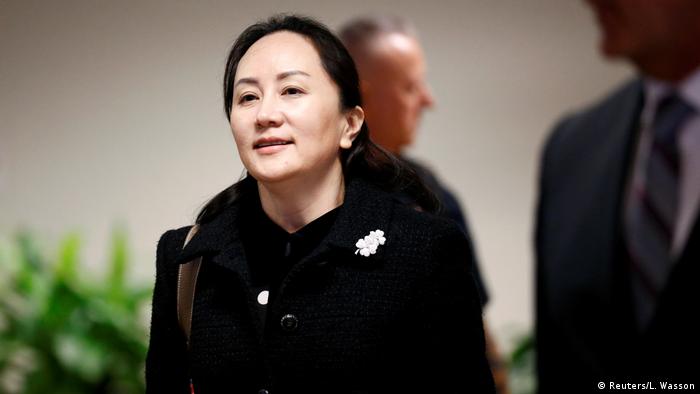 China accused Canada of being an "accomplice" in a US push to bring down Huawei and other Chinese tech giants on Wednesday, after a Canadian court sided against key Huawei executive Meng Wanzhou in an extradition battle. The 48-year-old Meng is the oldest daughter of Huawei founder Ren Zhengfei and serves as the company's Chief Financial Official (CFO). She is wanted by the US on fraud charges related to Washington's sanctions against Iran.

On Wednesday, the Canadian court allowed the process for extraditing Meng to the US to continue. While the two countries have an extradition treaty, Canadian laws only allow extradition if the charges against the person in question would also qualify as a crimes on Canadian soil.

US prosecutors claim that Meng lied to executives of the HSBC bank about Skycom, a shell company that allegedly did business in Iran. According to court documents, Meng told HSBC executives in 2013 that Huawei no longer owned it, and that she had resigned from Skycom's board. This would put the British investment bank at risk of fines and penalties for violating the US sanctions. Meng's lawyers have argued that she cannot be extradited because Canada did not have economic sanctions against Iran at the time of her arrest in 2018.

However, judge Heather Holmes ruled that the fraud charges, not sanctions, were the key issue. Holmes also noted that, while Canada did not have economic sanctions against Iran when Meng was first detained, the US measures "were not fundamentally contrary to Canadian values."

Beijing warns Canada to get off 'the wrong path'

The case is set to continue next month, with the Canadian judiciary investigating if there was enough evidence to warrant extradition. Meng's lawyers are also set to appear before court next week to argue that Canadian authorities violated her rights while collecting evidence ahead of her arrest in late 2018.

On Wednesday, Beijing called on Canada to "immediately release Ms. Meng Wanzhou... and not to go further down the wrong path."

Separately, Huawei said they were "disappointed by the ruling" and said the company would stand with Meng "in her pursuit for justice and freedom."

"We expect that Canada's judicial system will ultimately prove Ms. Meng's innocence," they said on Twitter.

Extradition processes in Canada can last up to several years. Meng has been living in a Vancouver mansion after posting a bail of 10 million Canadian dollars ($7.3 million, €6.6 million) in December 2018.

A judge in Vancouver has granted bail to top Huawei executive Meng Wanzhou, despite concerns she poses a flight risk. Chinese-Canadian relations have taken a downward turn after Canada arrested the senior executive. (12.12.2018)

Meng Wanzhou's lawyers say her constitutional rights were violated when she was detained and interrogated in December. Extradition proceedings are due to start soon in a case that could take months or years to resolve. (04.03.2019)

A Shanghai court said the billionaire, who had not been seen in public since 2017, was sentenced and his investment firm was fined for embezzlement and bribery.