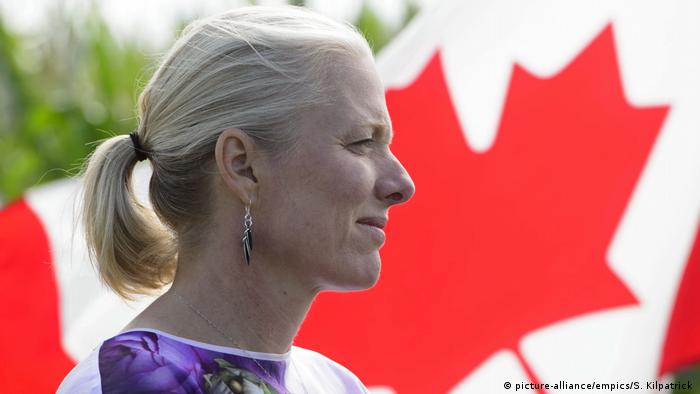 As the climate debate intensifies ahead of Canada's federal election in October, the country's environment minister has been assigned a security detail.

"There are places, yes, that I have to have security now and I don't think that's a great situation," Catherine McKenna, a member of the governing Liberal Party, told the Canadian Press on Saturday. "I'm someone who is trying to do my job, live my life, and talk and engage with people, and it makes it harder. I'm not going to let this stop me but I wish it would stop."

In Ottawa, Canada's capital, where locals mingle with federal ministers and politicians, it's nearly unheard of for a top official to use a security detail.

However, abuse against McKenna has intensified to such an extent that she now sometimes requires a security detail. Details regarding the new measure were not made public.

McKenna said the abuse has made it more difficult for her engage with people and do her job.

"The vocal sexism and hateful comments that are directed to people who work on climate change is unacceptable," McKenna said.

Recently, a man in a car pulled up alongside McKenna and her children outside a movie theater and shouted expletives and insults at her.

Read more: Making space for female scientists' voices online, in the media and in person

McKenna, who is responsible for Canada's proposed CO2 emissions cuts under the 2015 Paris climate agreement, has faced vitriol online and offline as a target of hateful sexualized insults, having been called "garbage," a traitor and an enemy. She has even been wished dead.

In 2017, Gerry Ritz, a Conservative member of parliament, referred to McKenna as "climate Barbie" on Twitter, provoking backlash from her colleagues.

McKenna shared a series of tweets on Saturday which highlighted the harassment women like 16-year-old Swedish climate activist Greta Thunberg and UK MP Caroline Spelman face. "The women getting this kind of hate and attacks are just doing their job," she wrote. "Social media companies need to stand up," she added, urging people to call out examples of harassment.

Several environmental activists have raised safety concerns in the face of threats from oil industry proponentswho are critical of a federal carbon tax.

Read more: After a year of strikes can Fridays For Future maintain momentum?

Climate is expected to be a major issue in the upcoming federal election.

Canada's two main political parties take opposing views on the matter, with Liberal Prime Minister Justin Trudeau framing himself as a champion in the fight against climate change. His main opponent, the Conservative Party's Andrew Scheer, is campaigning on a promise to roll back the carbon tax.

Anxious gas and oil workers in Canada have demanded an end to what they see as job-killing anti-pipeline policies. But Ottawa faces a dilemma: How to balance job security for those workers while fighting climate change? (29.03.2019)

Canada’s party leaders held a debate Thursday night ahead of the September 20 vote. Prime Minister Justin Trudeau called for elections as Kabul fell to the Taliban.

Fires have devastated towns in British Columbia, with the military on standby to respond to the threat.