Can the US be persuaded to support the UN refugee pact? | World | Breaking news and perspectives from around the globe | DW | 09.12.2018

The world is talking about the migration compact, but the UN says its refugee pact is just as important. The agreement is up for a vote this week at a conference in Marrakech. Can it gain US support after all? 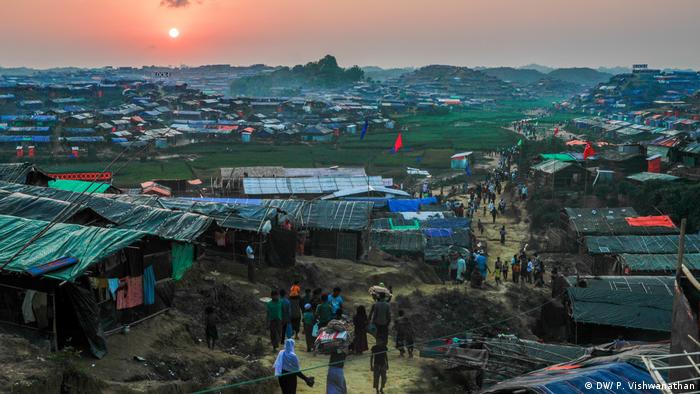 A refugee camp in Bangladesh

Ahead of a General Assembly vote next week, most United Nations member nations have expressed support for the refugee pact, with only Hungary and, very importantly, the United States saying they are not behind it.

In the wake of its rejection of the migration compact, the US has also refused to endorse the UN's Global Compact on Refugees, which the Trump administration says is "inconsistent with US immigration and refugee policies."

The pact is not legally binding and does not need US support to pass the Assembly. But the UN says it represents a useful set of guidelines to deal with the highest level of human displacement the world has ever seen, and will thus save lives. But it needs US support to have maximum effect.

US policies are having a clear negative impact on attitudes towards refugees around the world, says Marcus Engler, a migration analyst based in Berlin.

"The Trump administration has cut down resettlement numbers in a dramatic way and will very likely do so until the end of its term," Engler told DW. "And what's more concerning is the discourse the Trump administration and Trump himself is spreading around the world, which is used as a reference point by other governments." 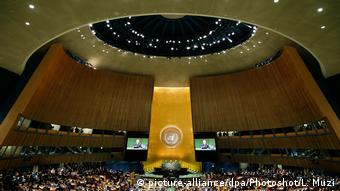 The UN is about to vote on the Refugee Compact

The UN's migration pact,which calls for global minimum standards for dealing with economic migrants, has caused political convulsions across Europe with critics contending it would override national law and unleash uncontrolled migration, even though the pact expressly says that states will maintain control over their migration policy.

The UN's lesser-known refugee pact focuses on those fleeing from war and persecution. Its aim is to improve refugees' living conditions, support host countries, and ensure a safe and voluntary return for refugees to their home countries.

The initial idea for the pact was triggered by the migration crisis in 2015, when Europe experienced the biggest influx of refugees and migrants since the Second World War. Germany played a key role in that crisis, taking in more than a million migrants in 2015 and 2016. But that led to a polarization of opinions and a rise in xenophobia.

Hungarian Foreign Minister Peter Szijjarto said at a press conference on Friday that his country also rejected the refugee pact, along with the migration pact, because it was an attempt "to bring through the back door" those who were not covered by the migration pact. 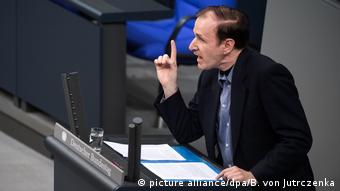 Read more: What is the Global Compact for Migration?

That trend is reflected in the increasing popularity of the Alternative for Germany (AfD), which last year became the first far-right party to win seats in the German Bundestag in more than half a century. Elsewhere across Europe over the past three years, right-wing parties opposed to mass immigration have also gained ground.

All of these right-wing parties are sharply critical of the UN's refugee-focused efforts. In Germany, one aspect of the refugee pact in particular has sparked criticism. AfD parliamentarian Gottfried Curio has homed in on the "resettlement" programs mentioned in the treaty, which provide the opportunity for countries to exchange, on a voluntary basis, fixed contingents of refugees. Curio sought to whip up fear, saying it would convert Germany into a "settlement area."

That discourse is growing increasingly prominent, says Engler. Germany is still one of the most important players in attempts to deal with mass migration, he argues, but things are changing. "Germany isn't as active any more when it comes to resettling people from crisis regions," he said. "I would hope for an even stronger commitment."

The UN is of course quick to remind critics of the pact that it is not legally binding, so signatories are free to choose what action they take. But despite this it will make a difference, insists Martin Rentsch, a UNHCR spokesman.

"It's been negotiated by the UNHCR together with all UN member states, taking into account the voices of refugees, from civil society, private sector," Rentsch told DW. "For the first time since the Geneva Convention on Refugees, this is a concrete statement that paves the way for refugee protection."

The UN plans to hold a formal vote to adopt the Global Compact for Refugees in December. But as Engler points out, even if it passes and the United States can be persuaded to come around on it, a lot more must happen to improve the lot of refugees.

"It's one thing to adopt it as a first step, but then governments need to deliver," the migration researcher says.

Opposition within the CDU to a UN migration pact has grown despite Chancellor Angela Merkel's backing. Critics say the Global Compact for Migration conflates economic migration and refugees. (06.11.2018)

A majority of German parliamentarians has voted in favor of a global pact aimed at regulating migration. Despite its nonbinding nature, the pact has increasingly come under fire from populists across the world. (29.11.2018)