A majority of German parliamentarians has voted in favor of a global pact aimed at regulating migration. Despite its nonbinding nature, the pact has increasingly come under fire from populists across the world. 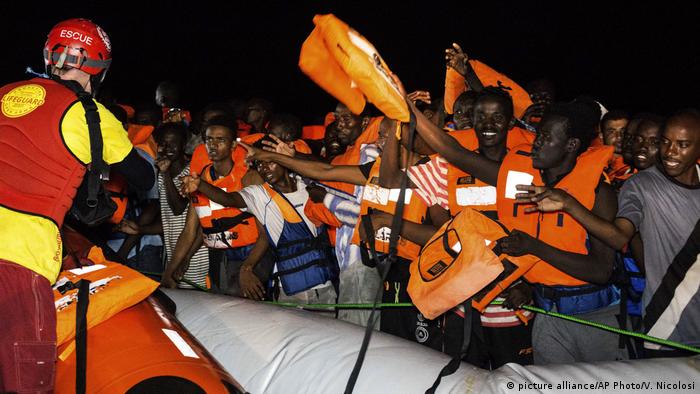 Germany's parliament on Thursday voted to back a contentious UN pact aimed at promoting cooperation to deal with migration around the world.

The ballot saw 372 parliamentarians vote for supporting the pact, with 153 against and 141 abstentions.

While giving their support to the global treaty, parliamentarians called on the government to ensure that it did not "restrict the national sovereignty and the right of Germany to decide its migration policy itself."

The so-called Global Compact for Safe, Orderly and Regular Migration is scheduled to be formally adopted at a UN summit on December 10 and 11 in Marrakesh, Morocco.

The nonbinding pact was agreed at the United Nations in July by all member states except the United States after 18 months of negotiations. However, several countries — Austria, Australia, Bulgaria, the Czech Republic, Hungary, Israel, Italy, Poland and Slovakia — have since either publicly denied support for the agreement or notified the United Nations that they are withdrawing from it.

The pact has become the target of populist opposition in several countries, with critics claiming it encourages unwanted migration and blurs the line between refugees and economic migrants.

Ahead of Thursday's pre-vote debate, German Foreign Minister Heiko Maas warned of scare tactics being used by such critics, saying that, in fact, the pact would have a very limited effect on Germany.

"Amid this heated debate, one has to honestly say that the direct consequences will be small," Maas told the daily Saarbrücker Zeitung. 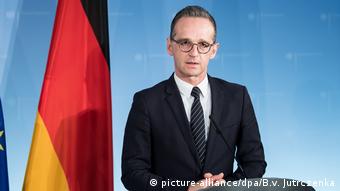 Maas said the pact was good for Germany

Maas said the pact would lead to many countries raising their standards with regard to refugees, which in the end would mean that "the migration pressure on Germany [would] lessen noticeably in the long run."

He said any claim that the pact would open the doors to migration was "pure scaremongering," as the decision on who entered any particular country was "not taken by the migration pact, but by each individual state itself."

The ruling coalition of the conservative CDU/CSU bloc and the Social Democrats voted almost unanimously on Tuesday in favor of the pact, prior to the Bundestag session.

Opposition to the pact within Germany has come notably from the anti-immigration Alternative for Germany (AfD) party. It has called the pact a "Trojan horse" that promotes the "unrestricted and chaotic" expansion of migration.

The global pact, which contains no binding obligations for any country to take in refugees or migrants, sets out 23 objectives to better regulate global migration as the number of people on the move worldwide has increased to 250 million — more than 3 percent of the world population.

Right-wing members of the conservative CDU/CSU alliance have questioned Germany's constitutional right to asylum and its commitment to an international migration treaty. Bavaria's state premier does not want any changes. (25.11.2018)