Can the UK′s post-Brexit strategy for the Indo-Pacific succeed? | Asia| An in-depth look at news from across the continent | DW | 05.02.2021

Can the UK's post-Brexit strategy for the Indo-Pacific succeed?

The UK's ambition for a "global Britain" that is more involved in Asian affairs is likely to be met with big challenges, mainly from China. 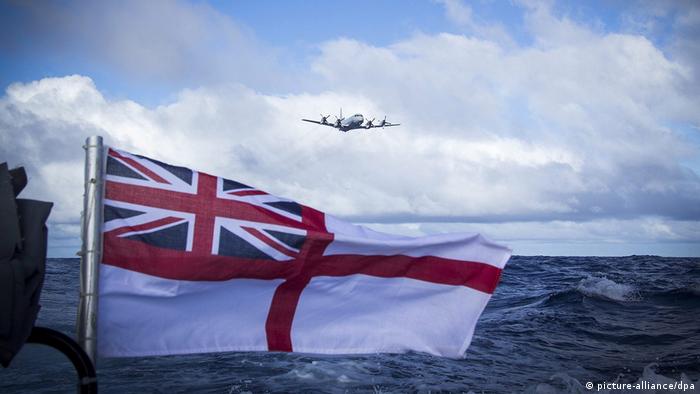 The UK is making moves to increase its presence in Asia

The United Kingdom is in the process of reestablishing its place in the world outside of the European Union, and a so-called Integrated Review of foreign policy, defense, security and development is underway to establish "new and innovative ways" to promote Britain's interests overseas.

It is the UK's largest such review since the Cold War, and Prime Minister Boris Johnson's office has said that Brexit is presenting opportunities for the UK to "define and strengthen Britain's place in the world at a time when the global landscape is changing dramatically."

One of these shifting landscapes is the "Indo-Pacific," a region roughly defined as extending from the Indian Ocean to the Western Pacific, which poses complex strategical challenges as China tries to remake a regional order that has been maintained by the United States since the end of World War II.

'Too focused on Europe'

Unlike the US, Germany or France, the UK has not yet specified an official Indo-Pacific strategy.

UK Foreign Secretary Dominic Raab, during his visit to New Delhi in December 2020, said that Britain in the past has been "too myopically focused just on Europe," but would now look beyond the continent for "growth opportunities."

"If you look at India and the Indo-Pacific region and take a long-term view, that is where the growth opportunities will be," Raab said.

Prime Minister Johnson is scheduled to visit India later this year, his first trip outside the EU since taking office last year.

The visit is expected to highlight the importance of trade and investment between the UK and emerging economies in the region, particularly since leaving the EU.

Experts believe this reorientation toward the Indo-Pacific is about trying to turn Brexit into a success story, while addressing the challenges of a post-Brexit world.

"Detaching from Europe means that the UK is forced to turn to the rest of the world in a way that was not necessary before," said Manisha Reuter, Asia program coordinator at the European Council on Foreign Relations (ECFR).

"The UK is in desperate need to replace many of the EU's international trade agreements and look for partners to cooperate on security, climate change and digitalization," she told DW. "The UK, just like others in Europe, has realized that many of these partners are to be found in the Indo-Pacific."

In November, Policy Exchange, a London-based think tank, published a report arguing that the UK "should play a significantly larger role in the Indo-Pacific region."

The report, "A Very British Tilt: Towards a new UK strategy in the Indo-Pacific Region," said that the region must become a priority in the UK's overall foreign and security policies to "fully globalize Britain."

It made a list of recommendations, including a jointly accepted declaration of principles to preserve regional stability in the form of an Indo-Pacific Charter, similar to the Atlantic Charter. The paper also made the case for a larger UK military presence in the region.

While the integrated review, expected to be published this year, will spell out the UK's Indo-Pacific strategy moving forward, greater British involvement in the region is already underway.

The UK has struck free trade agreements with several countries, including Japan and Singapore, over the past year as part of its "Global Britain" strategy, which hopes to compensate for the economic losses that come with Brexit.

And London has also taken steps to bring in more economic partners in Asia, including an application to become a dialogue partner of the 10-member Association of Southeast Asian Nations (ASEAN).

China has tried to portray the UK's renewed interest in the Indo-Pacific through the lens of neocolonialism, as Beijing considers increased British involvement as a challenge.

However, Reuter from the ECFR said the UK's presence has been broadly welcomed by several ASEAN states. "Although the UK is a former colonial power in four ASEAN countries — Brunei, Malaysia, Myanmar, and Singapore — they have so far been very open to British involvement in the region," she said.

"Overall, states in the region seem to opt for a pragmatic approach in cooperating with the UK," she added.

The UK has also applied to join the Comprehensive and Progressive Agreement for Trans-Pacific Partnership, a massive free-trade zone that was established in 2018.

Military presence in the Indo-Pacific

Along with trying to make economic inroads, the UK is also planning to increase its military presence in the region by deploying a carrier strike group, led by its largest and only functioning aircraft carrier.

"Given the limited capabilities of the British armed forces and the Royal Navy, the plans to operate HMS Queen Elizabeth Carrier Strike Group in the Indo-Pacific are a strong sign of the UK's security commitment to the region," Reuter said. 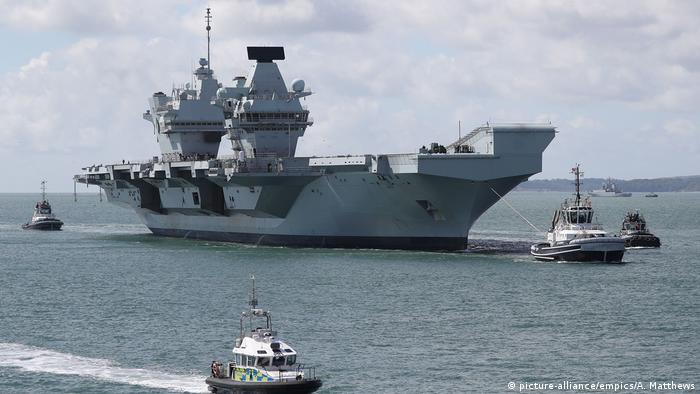 "It also symbolizes a willingness to acknowledge how dependent one is — despite apparent distance — on regional stability in the Indo-Pacific and its maritime security," she added.

While a permanent deployment of the strike group is unlikely, analysts argue that there are other ways for sustained British military presence in the region.

"The UK has been allocating more resources to defense and diplomatic presence in the region," Veerle Nouwens, research fellow at the International Security Studies Department of the Royal United Services Institute, told DW.

She pointed out that the UK already maintains a military base in Brunei and a naval support facility in Singapore, adding that deployments and transits of military vessels or aircraft in the region and more defense diplomacy offer "avenues for more sustained engagement and presence."

The UK is also involved in security cooperation with several Indo-Pacific nations through the Five Power Defense Arrangements, which includes Australia, Malaysia, New Zealand and Singapore.

Furthermore, the UK is part of the Five Eyes intelligence alliance comprising the US, Canada, Australia and New Zealand.

"London is keen to make clear to partners in the region that it seeks to have a deeper and meaningful role in maintaining regional stability and prosperity," Nouwens said.

The UK, like other European powers, has turned its focus to the Indo-Pacific at a time when an increasingly aggressive China continues to assert its power.

The British strike group is expected to pass through the South China Sea and will reach the East China Sea by the end of the year for joint naval exercises with the US Navy and Japan's Self-Defense Forces.

Beijing warned the UK against what it called "very dangerous move." The Chinese Defense Ministry said its armed forces "will take the necessary measures to resolutely safeguard national sovereignty, security, and development interests and firmly safeguard peace and stability in the South China Sea."

UK-China ties have recently been strained over Beijing's actions in Hong Kong, particularly the imposition of its national security law in violation of the Sino-British Joint Declaration.

"China's human rights record, more assertive military behavior, the issue of Hong Kong, and the coronavirus, have all played into the withering of the 'Golden Age' of Sino-UK relations," Nouwens said.

But a functioning bilateral relationship with the world's second-largest economy is still very important for the UK.

"Beijing remains an important trade partner, and there is still a perspective that for certain key global challenges like climate change it remains necessary to still try and work with China on finding solutions," she said.