After its exit from the EU, the United Kingdom is seeking to be part of the Pacific free trade area. A formal request will be made early next week, the government said. 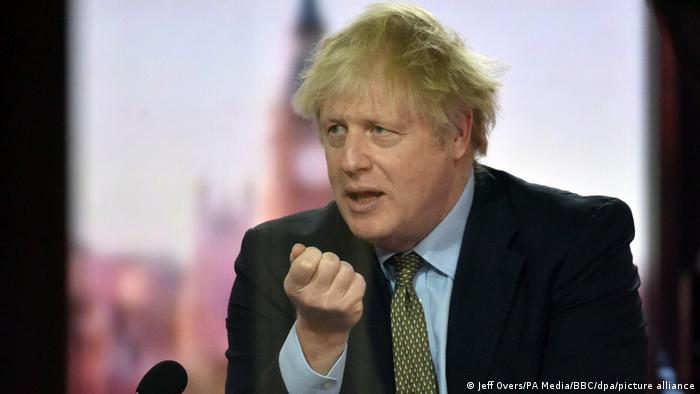 The United Kingdom is applying to join the Comprehensive and Progressive Trans-Pacific Partnership (CPTPP), a trans-Pacific trading bloc of 11 countries, the government announced on Saturday.

"One year after our departure from the EU we are forging new partnerships that will bring enormous economic benefits for the people of Britain," Prime Minister Boris Johnson said in a statement.

"Applying to be the first new country to join the CPTPP demonstrates our ambition to do business on the best terms with our friends and partners all over the world and be an enthusiastic champion of global free trade," he added.

By joining the Pacific free trade area, the UK stands to benefit from lower tariffs without deep political integration, as was the case with the European Union.

The UK's trade with CPTPP members accounted for nearly 111 billion pounds (about $152 billion, €125 billion) in 2019, which is around six times less than the business the UK conducts with the EU.

London said joining the partnership would remove tariffs on 95% of goods traded between members, which include Japan, New Zealand and fast-growing economies like Mexico, Malaysia and Vietnam.

UK's International Trade Secretary Liz Truss will make the formal request when she speaks to officials in Japan and New Zealand on Monday. Negotiations are expected to begin later this year.

Launched in 2019, the CPTPP removes trade barriers among the 11 nations in the Asia-Pacific region. While the United States was one of the biggest proponents of the pact under former President Barack Obama, the Trump administration withdrew from the partnership before it was ratified in 2017.

Why is the United States interested in the 'Indo-Pacific'?

US President Donald Trump reiterated his country's commitment to the "Indo-Pacific" during his 13-day tour of Asia. DW examines four reasons for Washington's interest in the region.

Can President Joe Biden return the US pivot to Asia?

With veteran diplomat Kurt Campbell as President Joe Biden's pick for Indo-Pacific coordinator, the US has a chance to refresh its approach to China by building better coalitions in Asia.