Authorities say the suspect was a Chinese immigrant who harbored grievances against Taiwan. He is facing one count of murder and five counts of attempted murder. 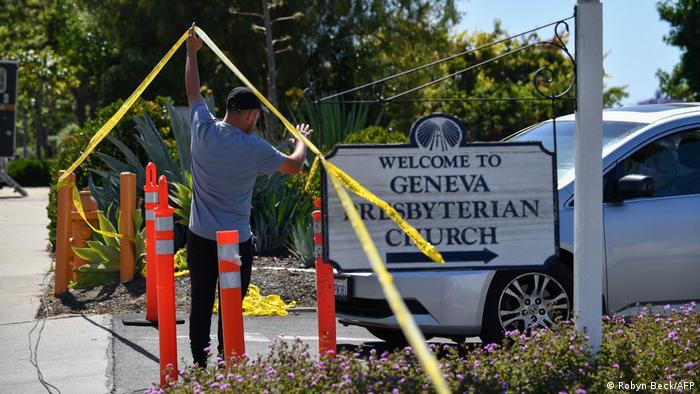 The gunman who carried out a shooting at a California church was motivated by his hate of Taiwanese people, authorities said.

The shooter killed Dr. John Cheng and wounded five others during a lunch held by the Irvine Taiwanese Presbyterian Church. The group worships at Geneva Presbyterian Church in Laguna Woods, located in California's southern Orange County.

The suspect has been charged with one count of murder and five counts of attempted murder. He is suspected to appear in court on Tuesday, and a federal hate crimes investigation is also ongoing. 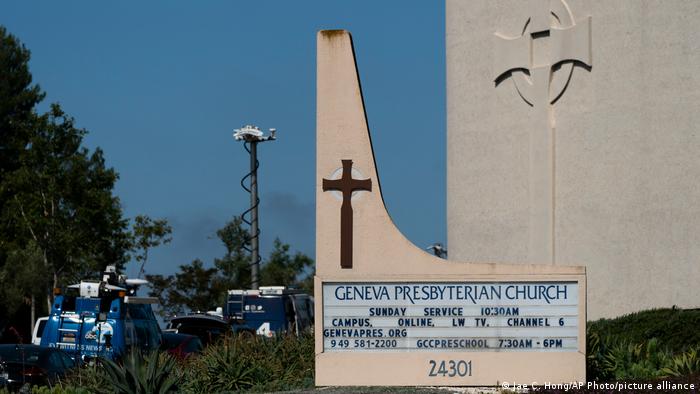 The suspect is expected to appear in court on Tuesday

What did authorities say?

Orange County sheriff Don Barnes said the shooter, who he identified as a Chinese immigrant, harbored grievances against Taiwanese people.

The suspect's family had been forcibly moved from China to Taiwan some time after 1948, Orange County District Attorney Todd Spitzer said. Spitzer said that the suspect had an "absolute bias" against Taiwan.

According to authorities, the suspect's hand-written Mandarin notes show that he did not feel like he was treated well while living in Taiwan.

China claims Taiwan as part of its national territory. Taiwan has no seat in the UN and is only officially recognized by a handful of countries, but many states around the world maintain unofficial diplomatic relations with it.

Tensions have recently risen between China and Taiwan over Beijing's military drills in the East China Sea.

How did Taiwan react?

Taiwan's president on Tuesday denounced the shooting at the California church.

The President also extended her condolences to those killed and injured.

She has asked the self-governing island’s chief representative in the US to fly to California and provide assistance.

What do we know about the shooting?

Sheriff Barnes said that the gunman drove from Las Vegas to Orange County and secured the doors of the church with chains, super glue and nails before he started shooting. He also placed four Molotov cocktail-like devices inside the church.

Cheng, a sports medicine doctor, charged at the gunman in an attempt to disarm him, which allowed others to intervene. A pastor hit the gunman on the head with a chair and parishioners restrained him with electrical cords.

Barnes said Cheng "probably" saved the lives of "upwards of dozens of people."