Aiming to boost trade and promote his "Make in India" campaign, Indian PM Narendra Modi is visiting France, Germany and Canada between April 9-16. DW examines the German leg of his tour and the state of Indo-German ties. 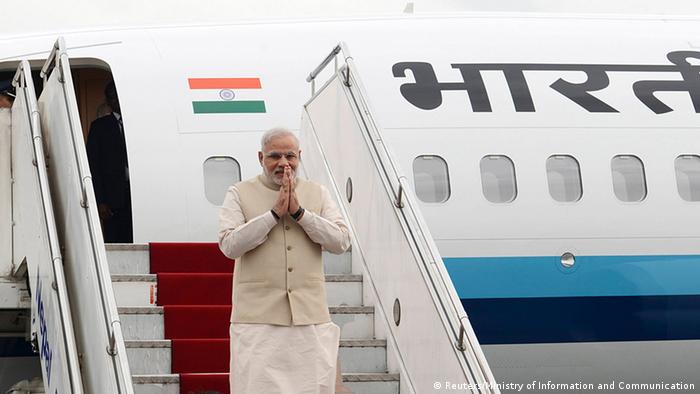 Almost a month after visiting three Indian Ocean neighbors, Prime Minister Modi is in Europe this week where he is visiting France (April 9) and Germany (April 12) before proceeding to Canada, where he will visit Ottawa, Toronto and Vancouver from April 14 to 16.

The three-nation tour is said to be centered on the PM's economic agenda of improving growth, boosting commerce and promoting Indian manufacturing. Modi has met the leaders of all three nations in multilateral summits before, but this is the first time he will embark on bilateral visits.

France and Germany are two of the biggest foreign investors in India. While in France - India's top defense supplier within the EU - the PM is set to discuss investment opportunities as well as civil nuclear cooperation with President Francois Hollande. Modi will also discuss defense issues, especially the sale of 126 Dassault Rafale fighter jets to India.

The third top agenda item under discussion will be the satellite with electronic intelligence systems (ELINT) package which could help India boost its strategic capabilities. Modi will also visit some industrial units outside Paris.

The second leg of Modi's tour will focus on building and strengthening trade and investment ties with Germany. The PM and German Chancellor Angela Merkel will jointly inaugurate the Hannover Messe, the world's largest industrial trade fair, where Modi is expected to interact with top German executives and present India as a manufacturing hub through his "Make in India" campaign. 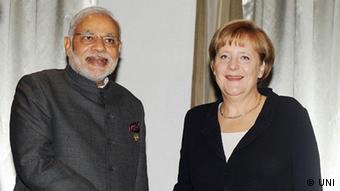 Modi and Merkel will jointly inaugurate the Hannover Messe

Moreover, the Chancellor and the PM - who will be leading a large Indian government and business delegation with around 400 Indian companies - will discuss existing and prospective bilateral cooperation in green energy, infrastructure, affordable housing, and the Clean Ganga initiative.

Germany is India's largest trading partner in Europe and more than 1,000 German companies operate in the South Asian nation, employing hundreds of thousands of people and manufacturing for the fast-growing Indian market as well as for exports.

Biswas therefore believes that Modi's visit to Germany will likely serve as a catalyst for German companies to become more heavily involved in the wide range of infrastructure projects that are currently being developed across India, including high-speed rail networks, industrial corridors and smart cities.

At the same time, "PM Modi will be keen to bring leading-edge German technology into the Indian manufacturing sector through increased German foreign direct investment as well as joint ventures with Indian firms," Biswas added. 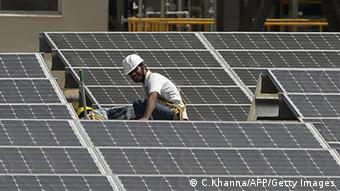 Bernhard Steinruecke, Director General of the Indo-German Chamber of Commerce has a similar view. He argues that the mantra of Modi's "Make in India" is perfect for Germany's industrial manufacturing expertise. "In all areas, be it automotive, machine tools, electronics, power or transport, German expertise can contribute to India's development. Vocational training is another area where Germany is PM Modi's role model."

Steinruecke also points out that given Germany's demographic challenges, the country needs young Indian talent, be it in management, sales and marketing, services, R&D centers or as academics. "The needs and resources complement each other in an almost perfect manner," he told DW.

But some believe Modi's trip to Europe is about more than just boosting trade. They argue it's about redefining a partnership. Ever since his BJP party won a landslide national election last May, Modi has been pushing for a new industrialization cycle. To make this leap to the top India needs foreign investment, technology and know-how.

To achieve this, the PM has shifted New Delhi's traditional foreign policy focus - called "Look East," - to "Act East," an approach which involves a more ambitious agenda based on stronger ties to Japan, Australia and ASEAN nations.

India budget 'a step in the right direction,' but 'no quantum leap'

But now that Modi is also turning to the West for his economic agenda, his upcoming trip to Europe and Canada is being billed as India's "Link West" policy, and analysts such as Marc Saxer, representative of the Friedrich-Ebert-Foundation in New Delhi, believe Modi might also be looking to Germany as an alternative development model.

"In India, there is a vibrant debate between proponents of different development models. There always has been the desire to find a third way between American market radicalism and the East Asian development authoritarianism. Hence, there is considerable interest in the German social market economy," Saxer told DW.

This is why Saxer believes that India is not only looking for insular businesses, but also for comprehensive solutions for development. "New Delhi understands the relationship as an economic modernization partnership," said Saxer. For example, it is not only trains and tracks that are needed, but a functioning public transportation system. The same applies for a wide spectrum of challenges, from renewable energy to social security systems.

"If both sides manage to build a modernization partnership, bilateral cooperation could go far beyond the current relationship, said the expert. India is looking for global partners on an equal footing, but is very pragmatic about it," said Saxer.

During his maiden trip to Europe, the PM was also expected to visit Brussels, but the plan was shelved after the European Union reportedly failed to respond to India's proposal in time. Trade ties with the EU are very important for the Indian export sector, with bilateral trade estimated at 73 billion euros in the 2013-14 financial year.

A key challenge, however, has been stalled negotiations on a bilateral free trade and investment agreement, which reached an impasse in 2013 due to differences over market access for various industries such as financial services. 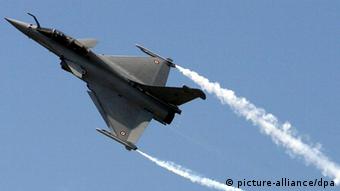 According to Gauri Khandekar, head of the Asia Program at the European think tank FRIDE, Europe does not enjoy the same priority it did under previous governments in India. "Modi has ignored Europe on his travel agenda since assuming office but this is part of India's overall foreign policy shift to the Indo-Pacific. But that is understandable, since India is shifting to where the growth is, just as the US," the analyst told DW.

Although that doesn't mean that Europe has been ostracized under Indian foreign policy, the challenges are plentiful, said Khandekar. First and foremost, they include the ability of key European countries to really boost ties with India amidst competition from major global actors like China, Japan or the US.

There are also challenges for other smaller EU nations to get an audience with Modi, said the analyst, and for the rest of Europe to build strategic relations with India against the backdrop of its continuing financial crises.